Following the tributes to Alberto Giacometti and Gerhard Richter, the Espace Louis Vuitton Seoul is proud to present a new exhibition of works by Andy Warhol. Looking for Andy gathers a selection of exclusive pieces from the Collection within the framework of the Fondation Louis Vuitton’s “Hors-les-murs” programme. This programme unfolds at the Espaces Louis Vuitton in Tokyo, Munich, Venice, Beijing, Seoul and Osaka, thus carrying out the Fondation’s ambition to reach an international audience.

Andy Warhol, the Pygmalion of the contemporary world, was a master of staging. Creating characters for himself throughout his career, he touched the worlds of cinema, television and gay culture, propelling the figure of the artist to the rank of social icon. This transformation took place in 1963 with his first self-portraits and his Screen Tests, which were portraits filmed in a still frame for three minutes.

Later came commissions for portraits from celebrities, which were taken live either in photo booths or as close-up shots using the Polaroid Big Shot. Characterised by the fixed, vulnerable and “petrified” gazes of their subjects, the portraits reflect a paradoxical world, contemporary and timeless. Around 1975, Warhol set out to represent some central figures of the New York underground: crossdressers on a quest to capture the feminine ideal in the series Ladies and Gentlemen. With dashes of colour, these characters pay an ambiguous tribute to artifice and the dreams of fame. In 1980, Warhol even produced some rare group portraits, using photographs from archives, in an attempt to craft his pantheon of great figures from the 20th-century Jewish community.

His self-portraits are the climax of this art of staging, from the first series in 1963 to the last photographs in 1986. Beginning with a simple photo booth, then varying the formats, colours and poses, he incarnated a great collection of characters. He could be seen hiding behind large dark glasses and changing his appearance depending on the colours he chose for his backgrounds. Later, in the early 1980s Polaroids, he portrayed himself as both a man and a woman, addressing directly the question of identity. Stepping into the shoes of a drag queen, he then depicted himself as myriad different people, his face powdered and his eyes staring into the camera lens. The portraits he created before his sudden death in 1987 are among the most powerful, with his ghostly face scrutinising the onlooker as his own immortality comes into view. 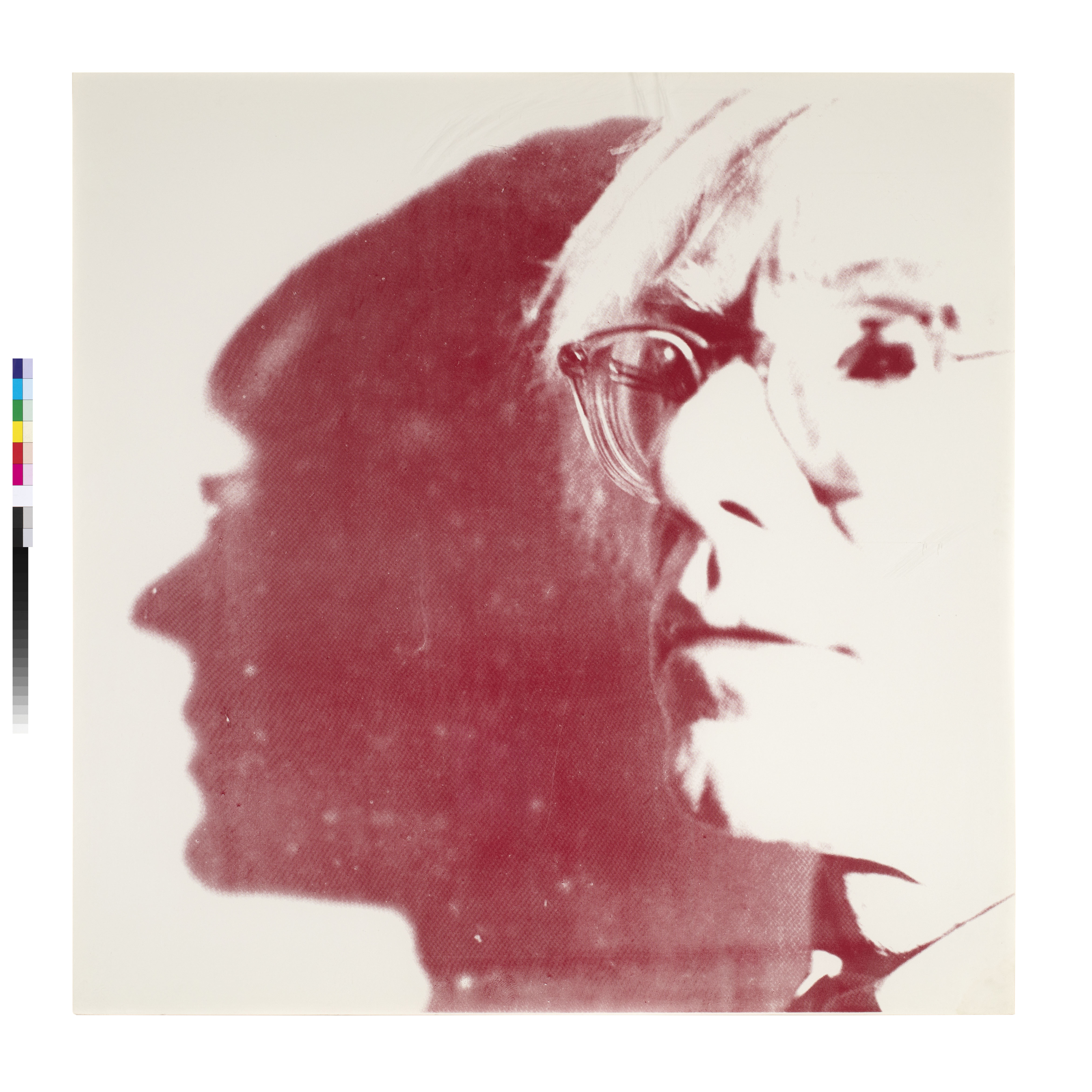 The selection of works from the Collection, on display at the Espace Louis Vuitton Seoul, range from his early photos to the very latest, and depict certain periods of his life by revealing the various facets of his character. They illustrate these hugely varied “self-reflections” and go some way to helping onlookers understand the modern-day Narcissus. In Warhol’s own words: “If you want to know about Andy Warhol, just look at the surface of my paintings and films and me, and there I am. There’s nothing behind it.”