Promotion of the arts 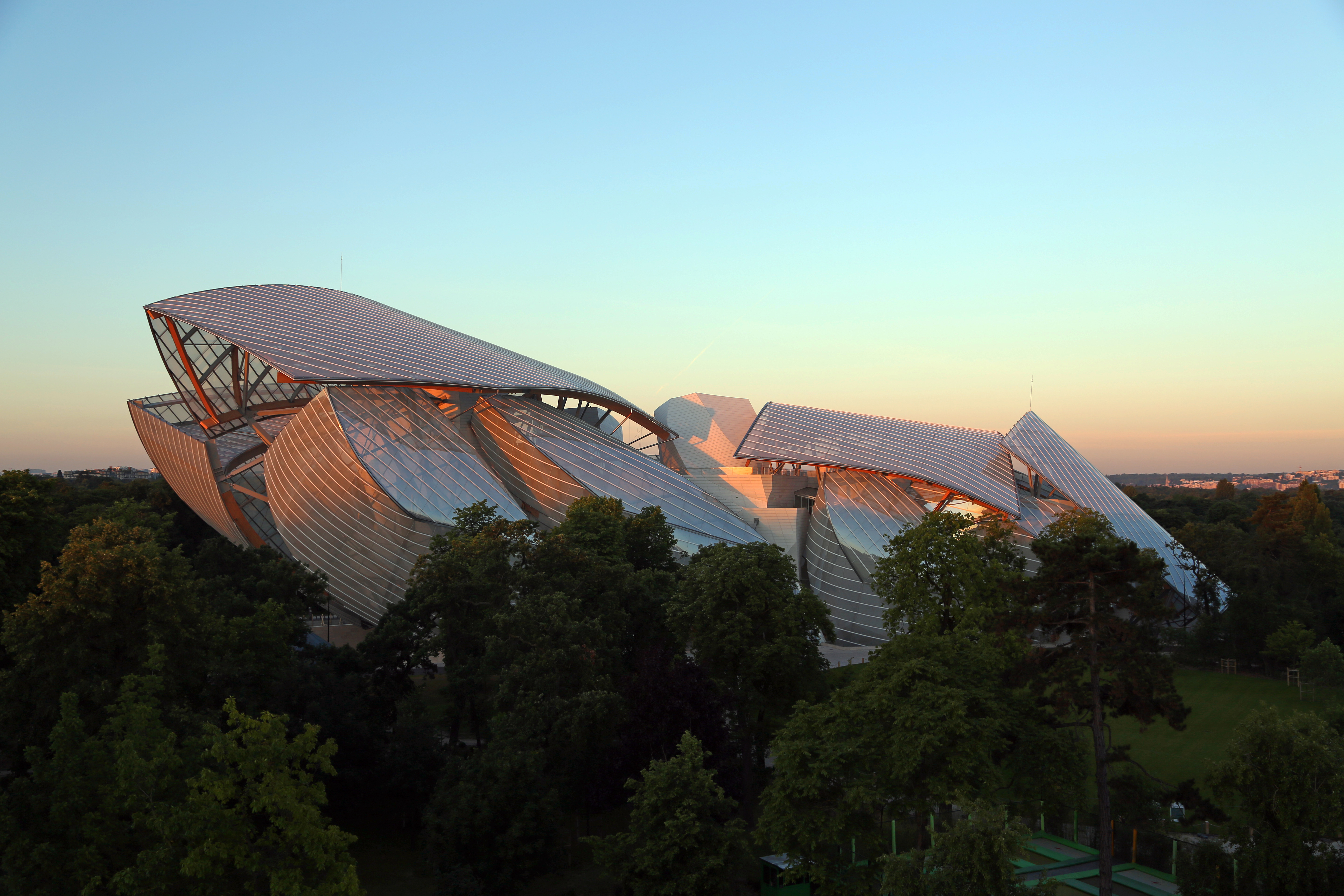 The Fondation Louis Vuitton grounds its commitment to the contemporary arts within an historical perspective. The LVMH Group and its companies opened a new chapter in their history of patronage with the creation of the Fondation. The building itself was inaugurated on 24 October 2014, the result of nearly 25 years of commitment to the arts, culture and heritage.

Driven by its mission to serve the public, the Fondation is committed to making art and culture accessible to all. To promote the arts both nationally and internationally, it hosts temporary exhibitions of modern and contemporary art, presents works held in its collection, commissions artists to create site-specific pieces, and stages events across the cultural spectrum (concerts, performances, conferences, film screenings, dance and more).

“A new space that opens up a dialogue with a wide public and offers artists and intellectuals a platform for debate and reflection".

TO PROMOTE CONTEMPORARY AND HISTORICAL ART

Alongside major modern art exhibitions (“Keys to a passion”, “Icons of Modern Art, the Shchukin Collection”, “The Courtauld Collection: a Vision for Impressionism”, “Icons of Modern Art, The Morozov Collection”), it proposes exhibitions devoted to great figures of art ("Inventing a new world : Charlotte Perriand", "Simon Hantaï. The Centenary exhibition") and offers a vision of art in France and around the world (“Chinese Artists at the Fondation Louis Vuitton”, “Art/Afrique, le nouvel atelier”, “In Tune with the World”, "Crossing Views" and more).

In addition, the Open Space programme, initiated in 2018, invites young national and international artists to create a site-specific piece for the Fondation in response to Frank Gehry’s building.

Meanwhile, in the Auditorium, musicians and artists of all disciplines offer a classical and contemporary repertoire of recitals and performances. 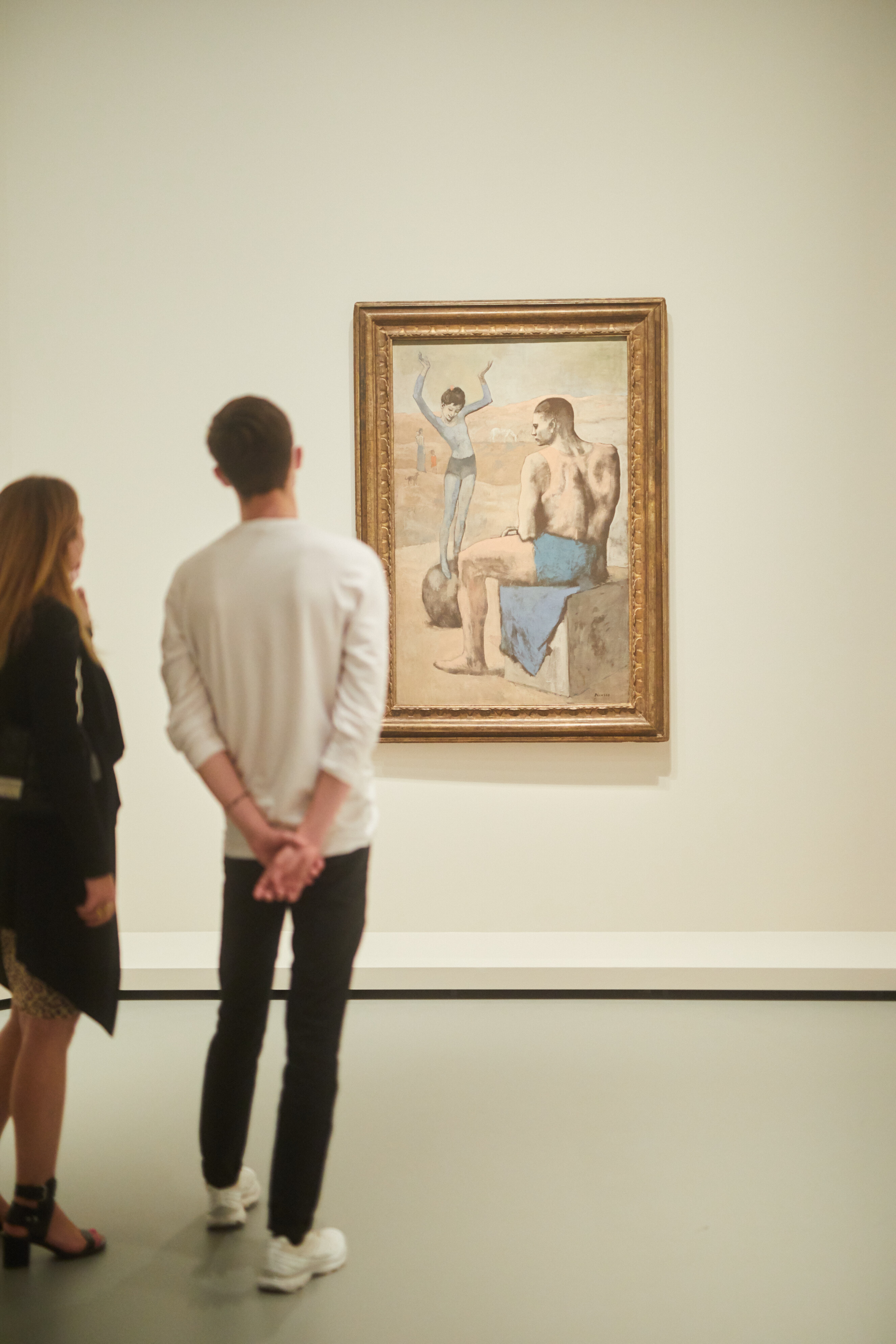 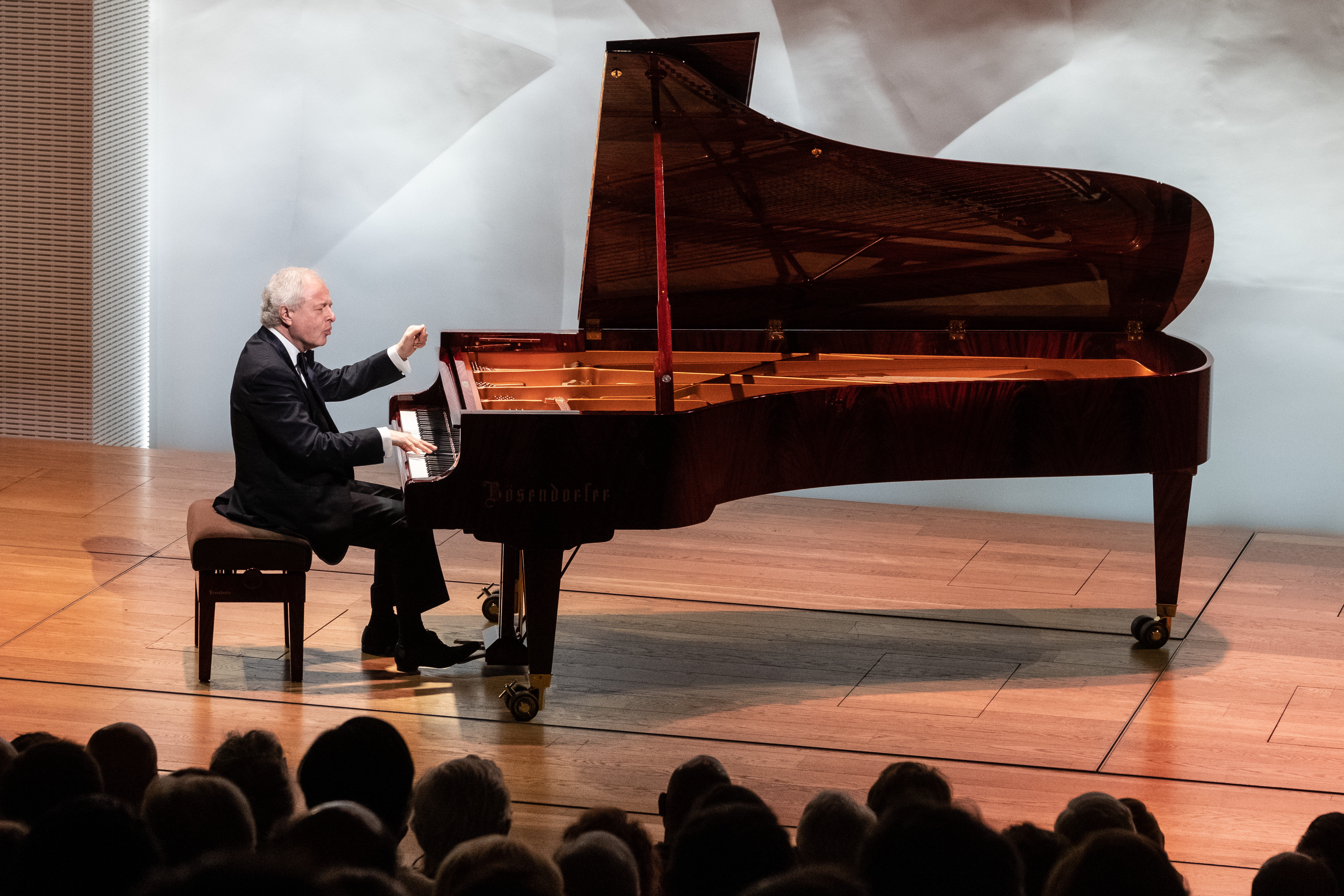 The Fondation invites artists and intellectuals to participate in cultural events that tie in with its exhibitions. These conferences, debates and talks are held at the Fondation and offer a fresh perspective on the artwork exhibited. Those events are broadcast live and available in replay on the Fondation's Youtube channel.

TO CREATE A UNIQUE EXPERIENCE FOR VISITORS

The Fondation places a great emphasis on offering visitors an enriching and novel experience of art and architecture, and hosts a variety of unique Tours and workshops. It also pays attention to ensuring the public enjoy a quality experience during their visit to the Fondation.

THE BUILDING, A DARING AND INNOVATIVE MASTERPIECE

Starting with a pencil sketch on a blank sheet of paper, Frank Gehry designed “a magnificent vessel for Paris that symbolises France’s profound cultural vocation”. The architectural journey retraces the different stages in the creation of this edifice, which has become an iconic landmark of the French capital. 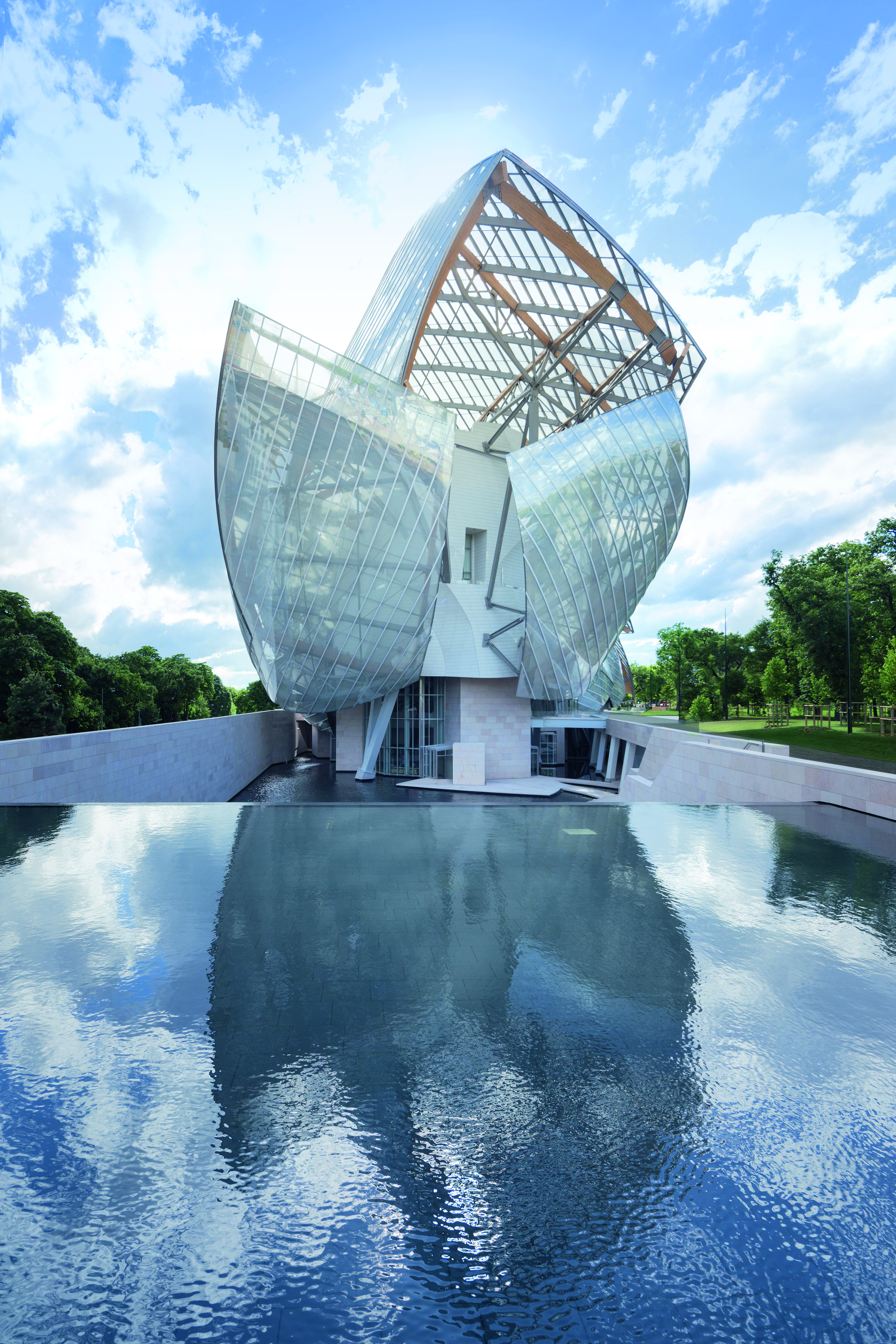 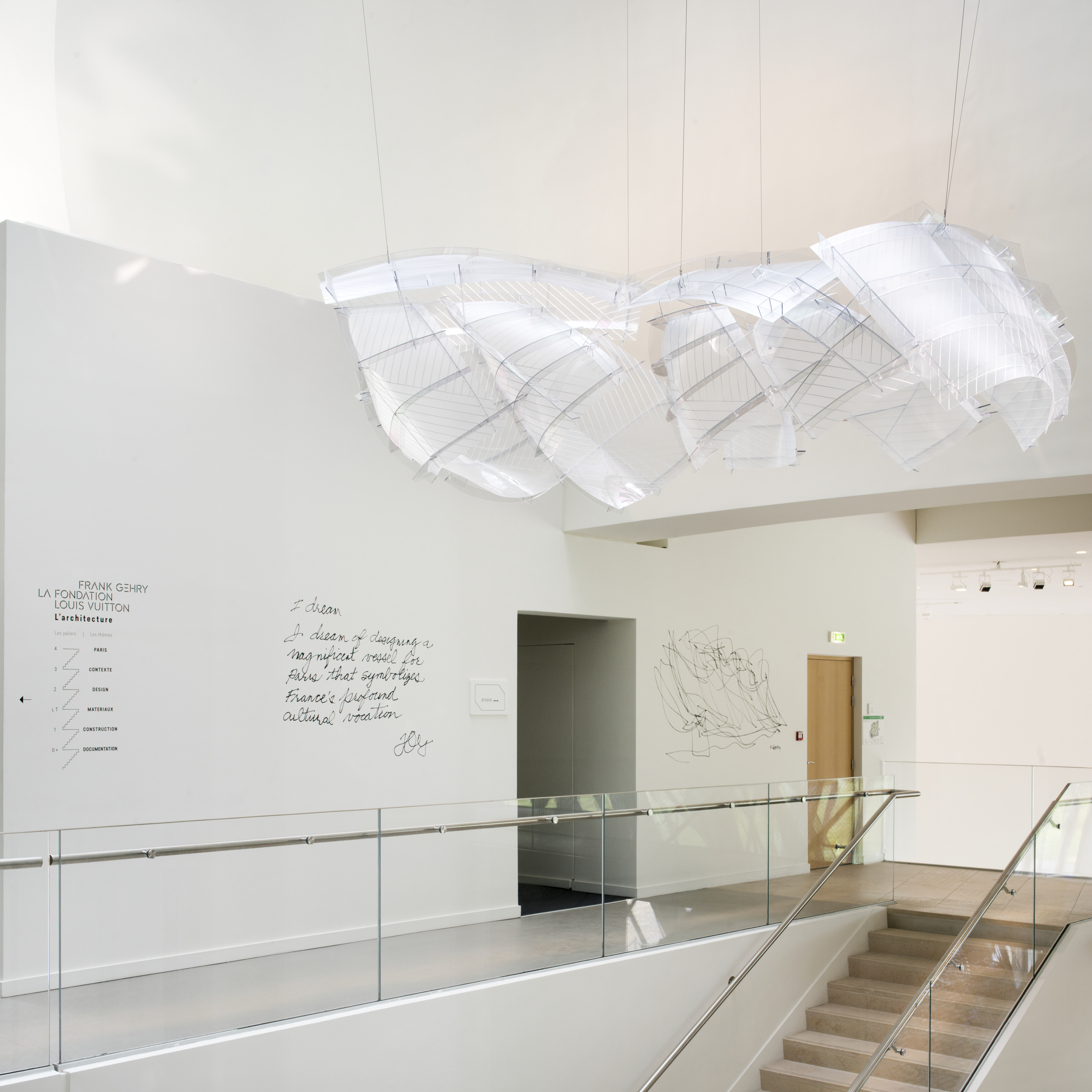 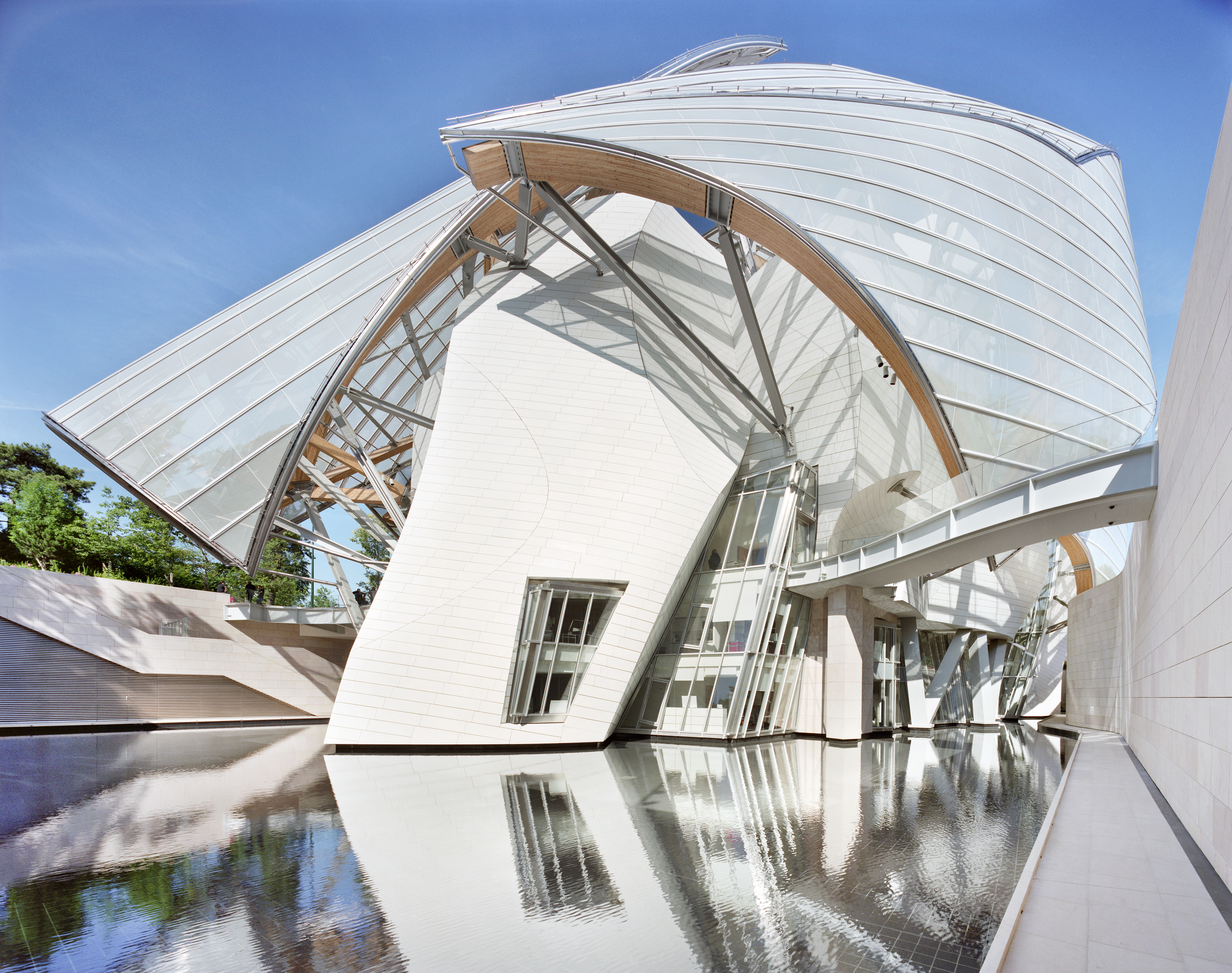 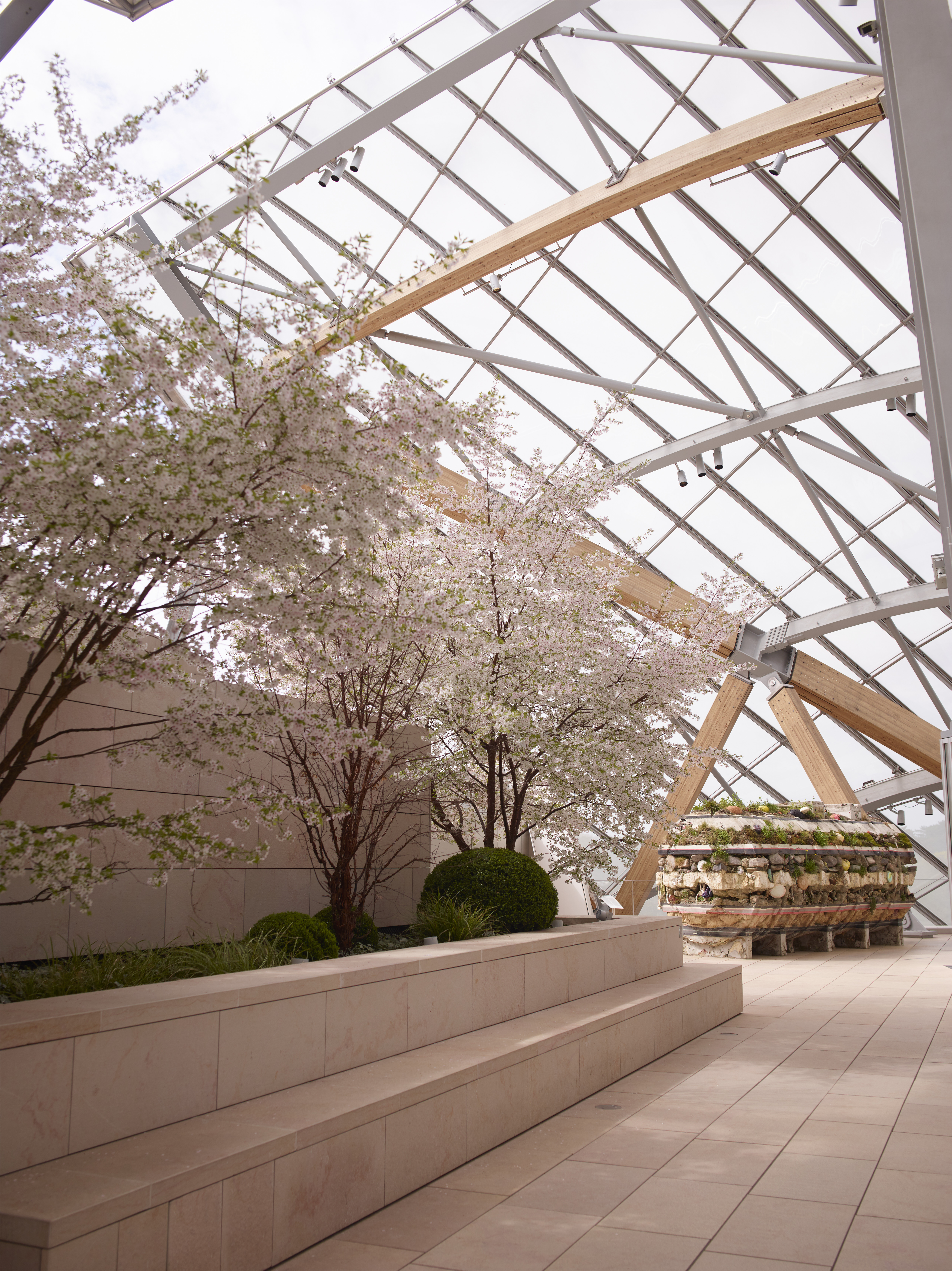 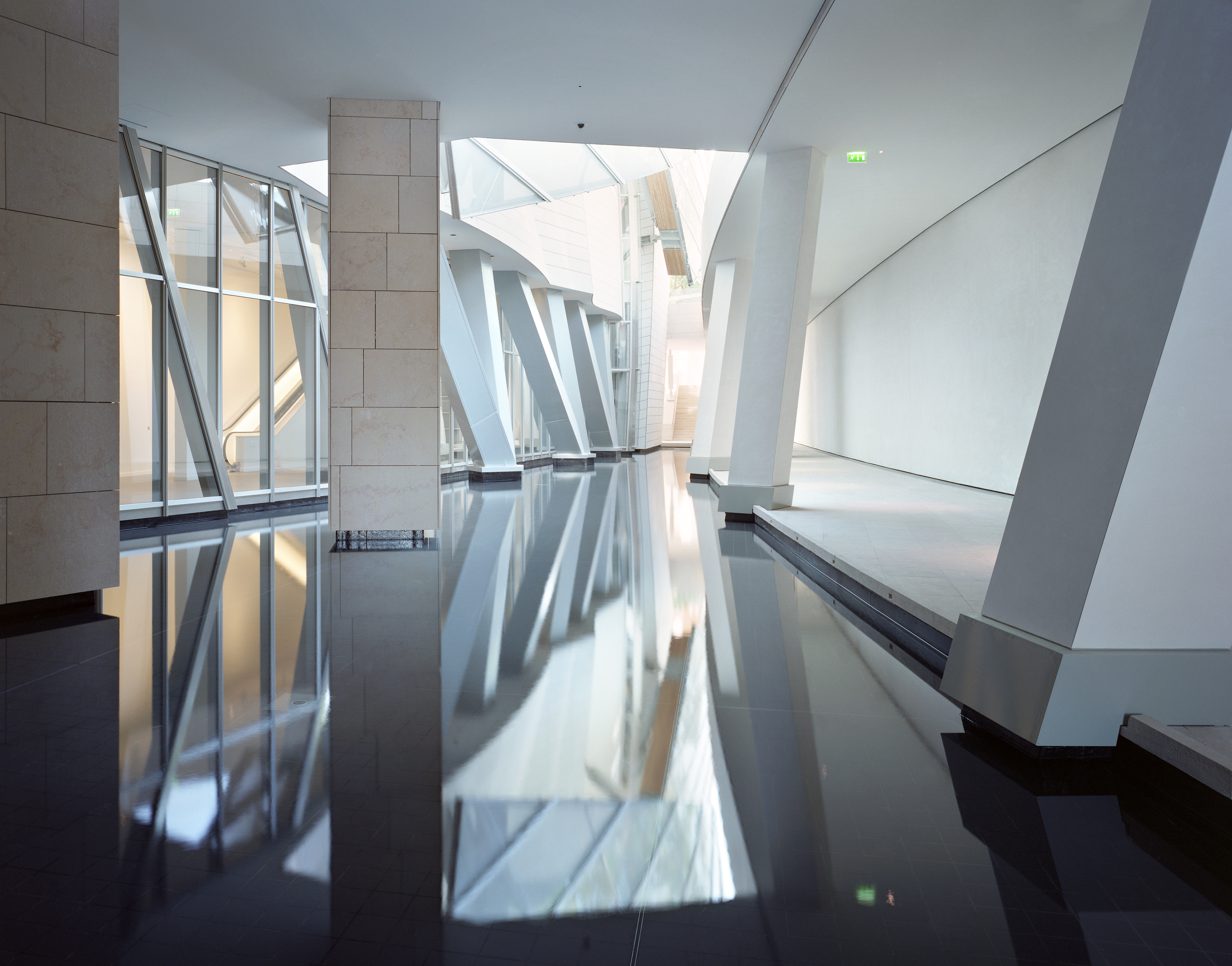 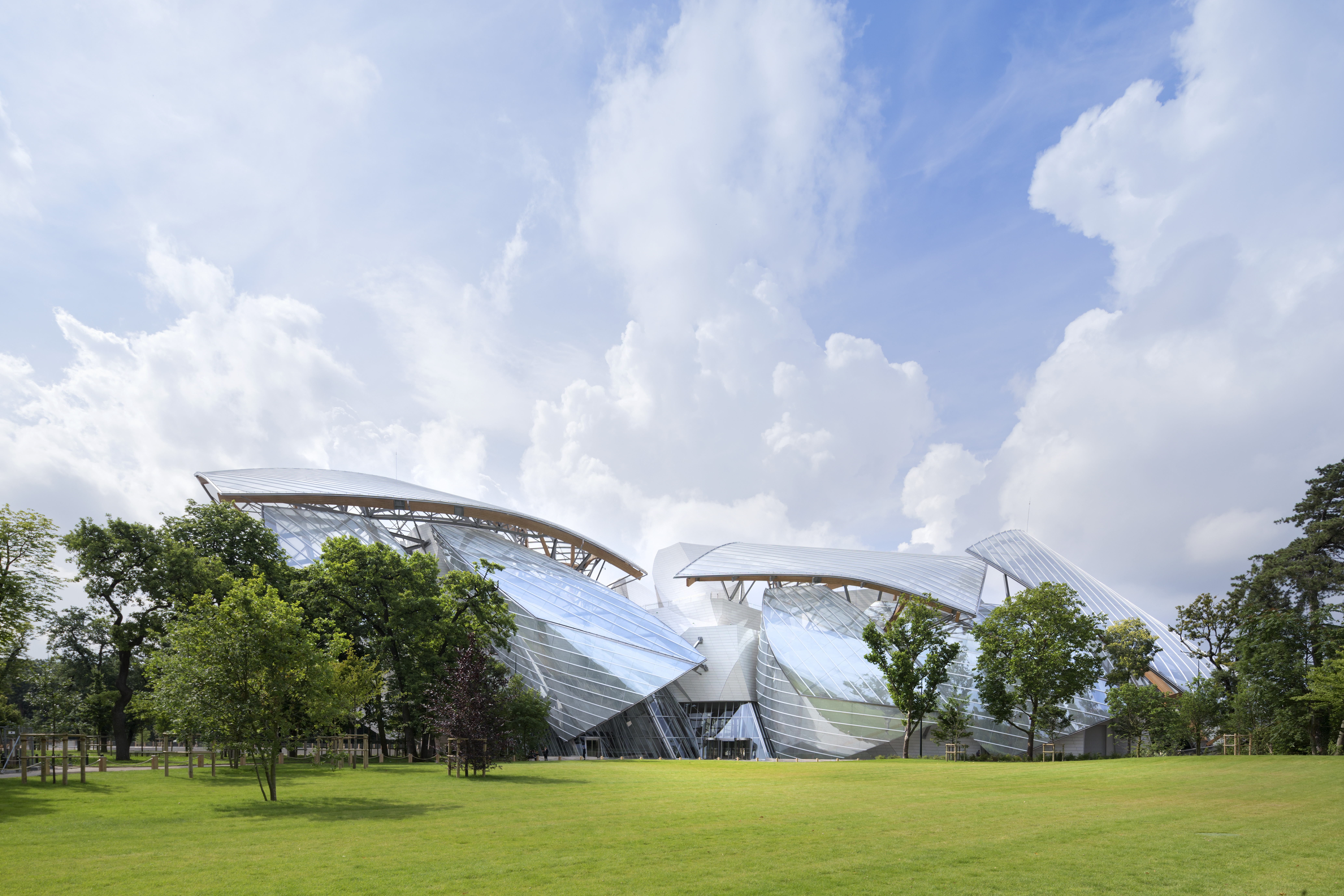 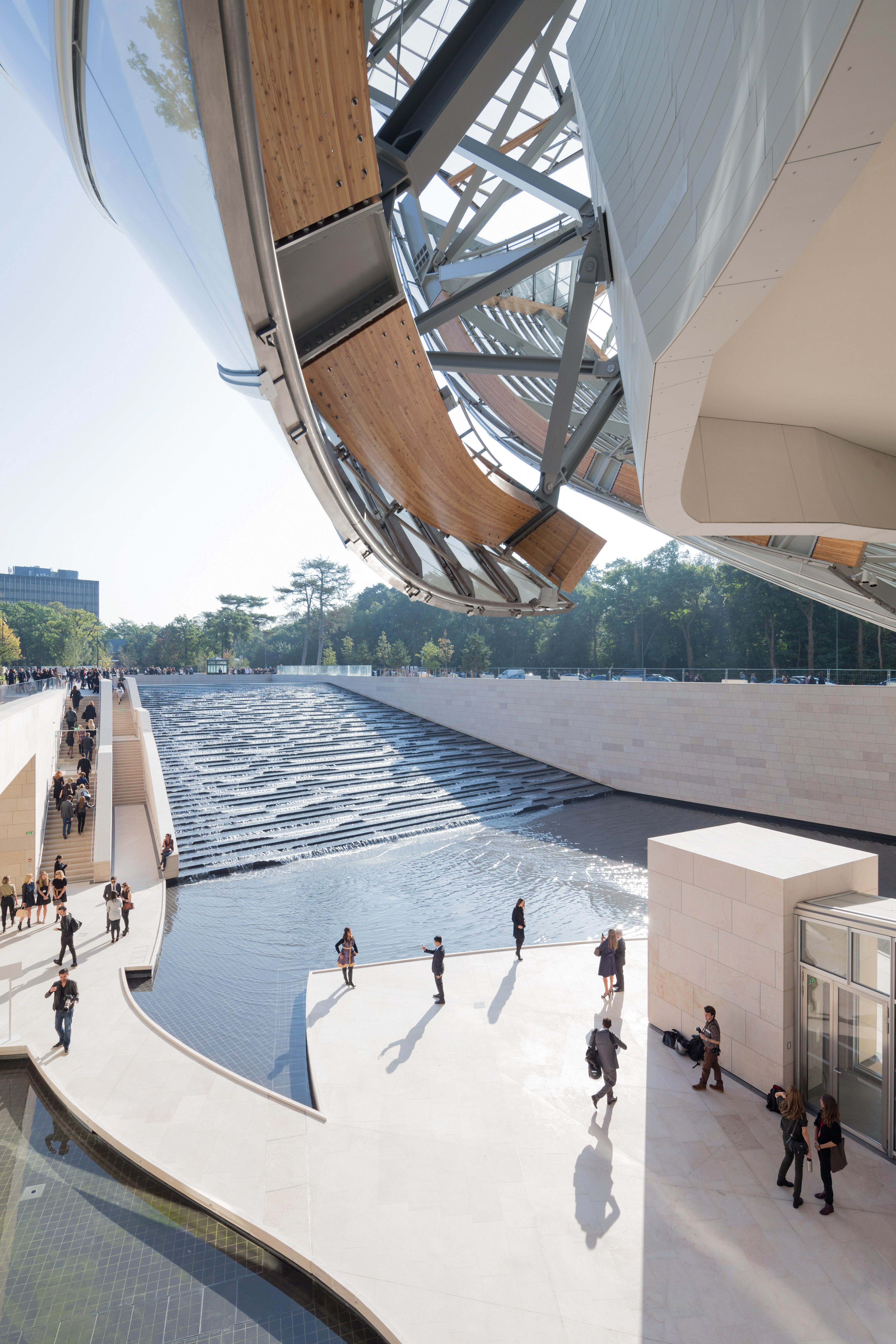 2001 – Bernard Arnault meets Frank Gehry after visiting the Guggenheim Museum in Bilbao. The idea of collaborating on the Fondation Louis Vuitton project is launched.

December 2006 – By an agreement reached with the City of Paris in December 2006 granting occupancy of public land, the Fondation Louis Vuitton obtains a 55-year lease for a plot of 1 hectare on which to construct a building dedicated to art and creation.

March 2008 – Construction begins with the earthworks and diaphragm walls.

2010 –The model of the Fondation Louis Vuitton is exhibited at the Centre Pompidou Metz during its opening exhibition entitled "Chefs-d’œuvre?" in the architecture section.

2011 – End of structural works and installation of the iceberg's metallic framework.

2012 – Installation of the iceberg's shells, the Ductal then the glass sails.