In line with Fondation Louis Vuitton’s commitment to contemporary creation and encouragement of innovative encounters with its architecture, the Fondation Louis Vuitton is presenting, from 11 May 2016 to 2 May 2017, a temporary work by Daniel Buren. Developed in close dialogue with the building by Frank Gehry – whose architecture serves as an inspiration to artists - “Observatory of Light” is installed across the glass ‘sails’, the emblematic feature of the building.

The twelve ‘sails’, formed of 3,600 pieces of glass, are covered by a staggering array of coloured filters that are in turn punctuated, at equal distances from one another, by alternating white and blank stripes perpendicular to the ground. The thirteen selected colours make coloured forms appear and disappear, ever-changing with the time of day and the season. Through a play of colours, projections, reflections, transparencies and contrasts, both inside and outside, Daniel Buren shows this building in a new light.

"His work responds beautifully to architecture in the continuity of a work, initiated in the 1970s, where colours, transparency and light intersect".

For five decades, Daniel Buren has been reinventing the forms of and issues surrounding the pictorial medium in a radical body of work that draws on a method he began defining in the 1960s.

The discovery of a specific striped curtain fabric in 1965 marked a major turning point in his practice. Attracted to the ordinariness of this industrial product, he saw in it the possibility to approach art in an impersonal way and reduce his pictorial intervention to its simplest expression in order to achieve what he refers to as “degree zero of painting.” Buren produced a series of works with the pattern as background, to which he applied a layer of white acrylic paint in pre-defined areas. 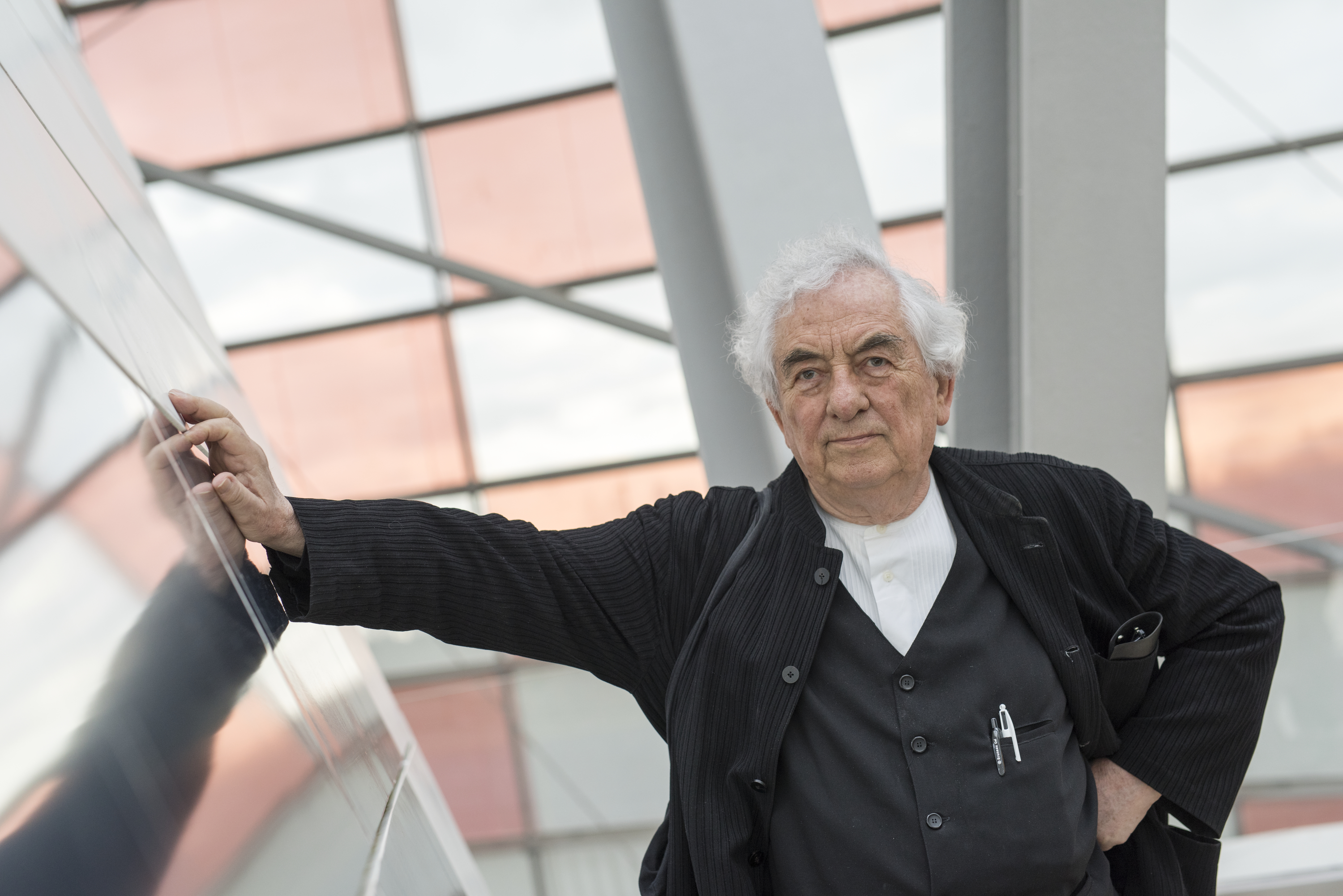 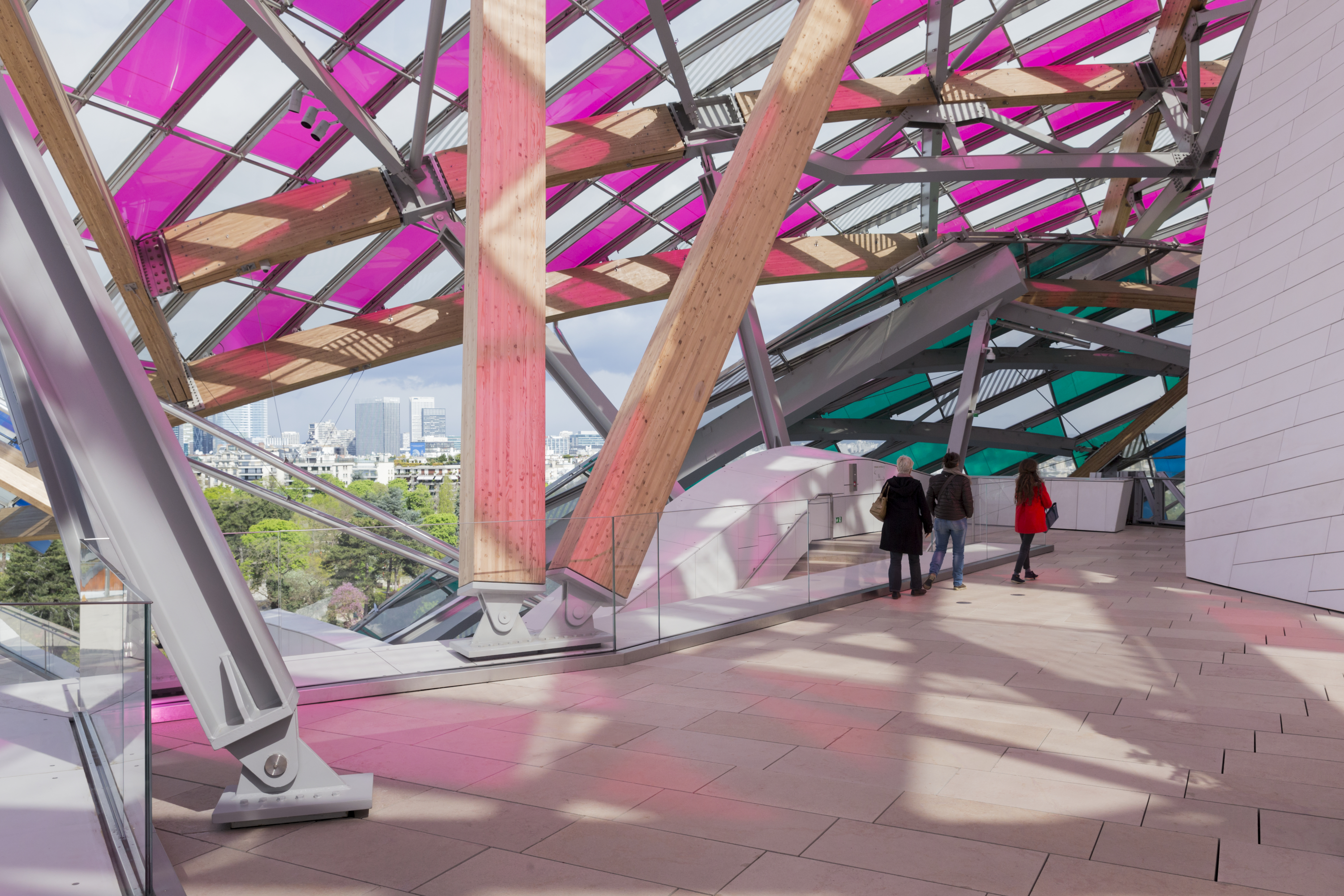 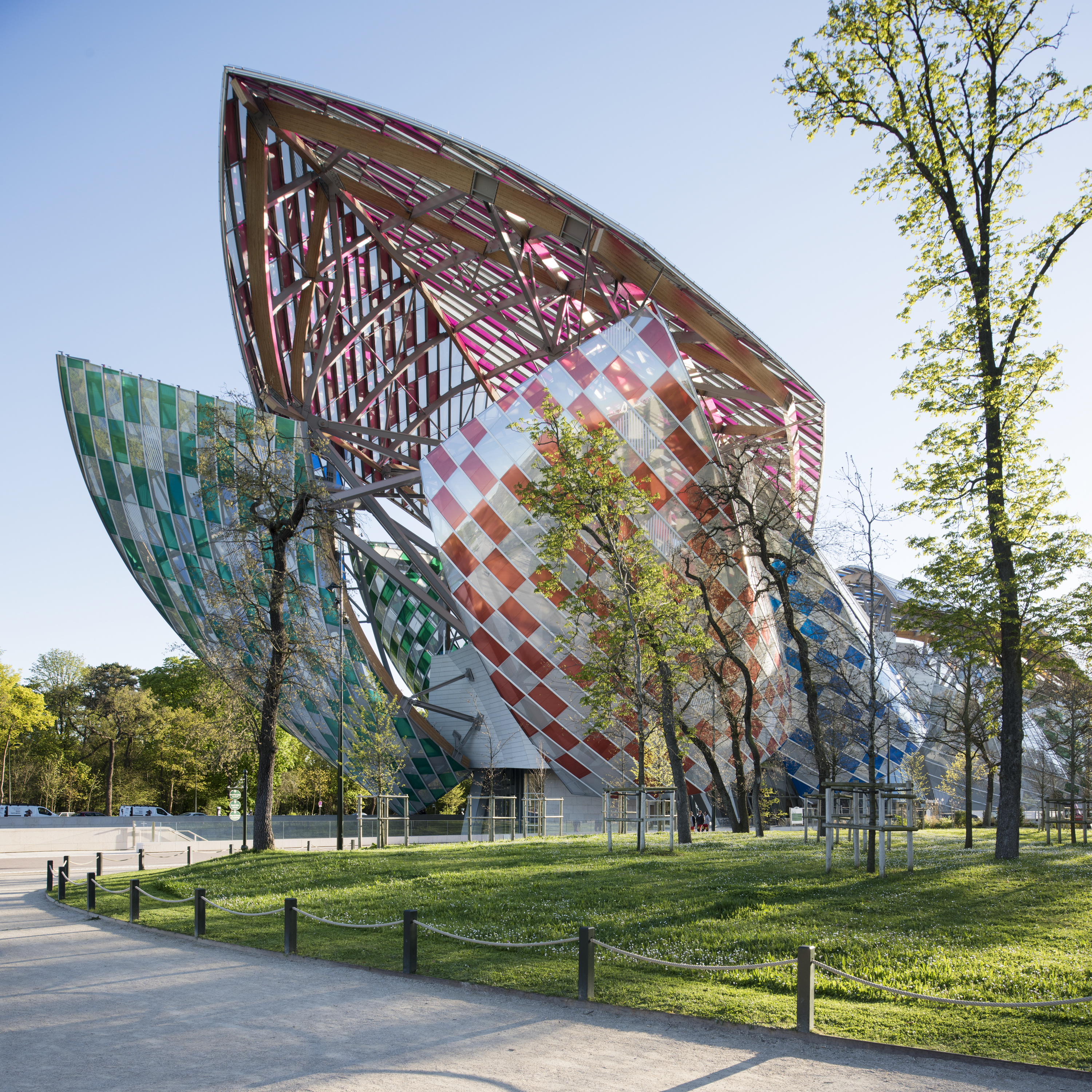 Relive the conversation between Frank Gehry, the architect of the Fondation Louis Vuitton, and Daniel Buren, the artist whose "Observatory of Light" currently spreads across the glass sails of the building. 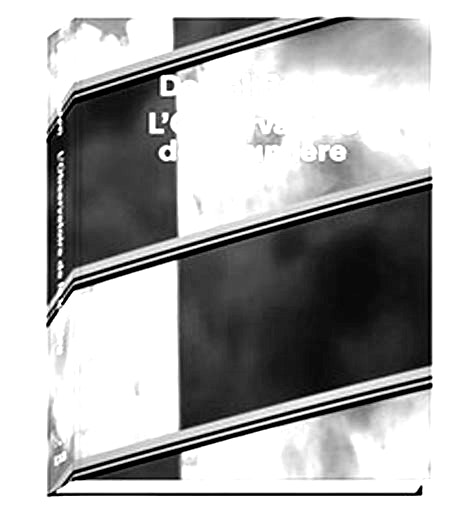 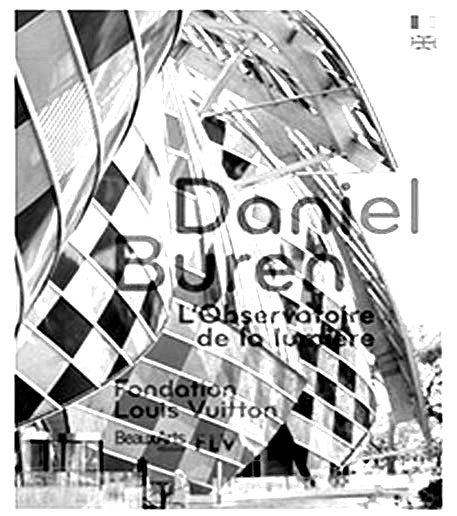