Of all the world’s leading violinists, Gidon Kremer has perhaps had the most unconventional career. Born in Riga, Latvia, he began studying at the age of four with his father and grandfather, who were both distinguished string players. At the age of seven, he entered Riga Music School. At sixteen he was awarded the first Prize of the Latvian Republic and two years later he began his studies with David Oistrakh at the Moscow Conservatory. He went on to win prestigious awards including the 1967 Queen Elizabeth Competition and the first prize in both Paganini and Tchaikovsky International Competitions.

This success launched Gidon Kremer’s distinguished career, in the course of which he has established a worldwide reputation as one of the most original and compelling artists of his generation. He has appeared on virtually every major concert stage with the most celebrated orchestras of Europe and America. Also he has collaborated with today’s foremost conductors.

Gidon Kremer’s repertoire is unusually extensive, encompassing all of the standard classical and romantic violin works, as well as music by twentieth- and twenty-first century masters such as Henze, Berg and Stockhausen. He also championed the works of living Russian and Eastern European composers and has performed many important new compositions; several of them dedicated to him. He has become associated with such diverse composers as Alfred Schnittke, Arvo Pärt, Giya Kancheli, Sofia Gubaidulina, Valentin Silvestrov, Luigi Nono, Aribert Reimann, Peteris Vasks, John Adams, Victor Kissine, Michael Nyman, Philipp Glass, Leonid Desyatnikov and Astor Piazzolla, bringing their music to audiences in a way that respects tradition yet remains contemporary. It would be fair to say that no other soloist of his international stature has done as much for contemporary composers in the past 30 years.

An exceptionally prolific recording artist, Gidon Kremer has made more than 120 albums, many of which brought him prestigious international awards and prizes in recognition of his exceptional interpretative powers. These include the "Grand prix du Disque", "Deutscher Schallplattenpreis", the "Ernst-von-Siemens Musikpreis", the "Bundesverdienstkreuz", the "Premio dell‘ Accademia Musicale Chigiana", the "Triumph Prize 2000" (Moscow), in 2001 the "Unesco Prize", in 2007 the Saeculum-Glashütte Original-Musikfestspielpreis Dresden and in 2008 the Rolf-Schock Prize, Stockholm, in 2010 "life achievement" prize of the Istanbul Music festival, and in 2011 he was awarded "Una Vita Nella Musica - Artur Rubinstein" Prize (Venice) which is considered by many to be the "Nobel Prize" of music, among many others.

In February 2002 he and the Kremerata Baltica were awarded with the Grammy for the Nonesuch recording “After Mozart” in the category “Best small Ensemble Performance”. The same recording received in the fall of 2002 an ECHO prize in Germany.

The EMI Classics CD The Berlin Recital with Martha Argerich and works by Schumann and Bartók has been recently released as well as an album with all violin concertos of Wolfgang Amadeus Mozart, a live recording with the label Nonesuch, recorded with Kremerata Baltica at Salzburg Festival 2006. His latest CD De Profundis was published in September 2010 with Nonesuch. Gidon Kremer actively collaborates as well with the ECM label, which released his last recording of all J. S. Bach Sonatas and Partitas. The most recent releases are a Piano trio album with Khatia Buniatishvili and Giedre Dirvanauskaite and a CD set of Lockenhaus Live-recordings celebrating 30 years of this unique festival, where G. Kremer was the final artist of the 2011 performances.

In 1981 Mr. Kremer founded Lockenhaus, an intimate chamber music festival that continued to take place every summer in Austria for 30 years until 2011. In 1997, he founded the Kremerata Baltica chamber orchestra to foster outstanding young musicians from the three Baltic States. Since then, Mr. Kremer has been touring extensively with the orchestra appearing at world’s most prestigious festivals and concert halls. He has also recorded almost 20 CDs with the orchestra for Teldec, Nonesuch, DGG and ECM. (From 2002 - 2006 Gidon Kremer was the artistic leader of the new festival "les muséiques" in Basel (Switzerland)).

Gidon Kremer plays a Nicola Amati, dated from 1641. He is also the author of three books, published in German and translated into many languages, which reflect his artistic pursuits. 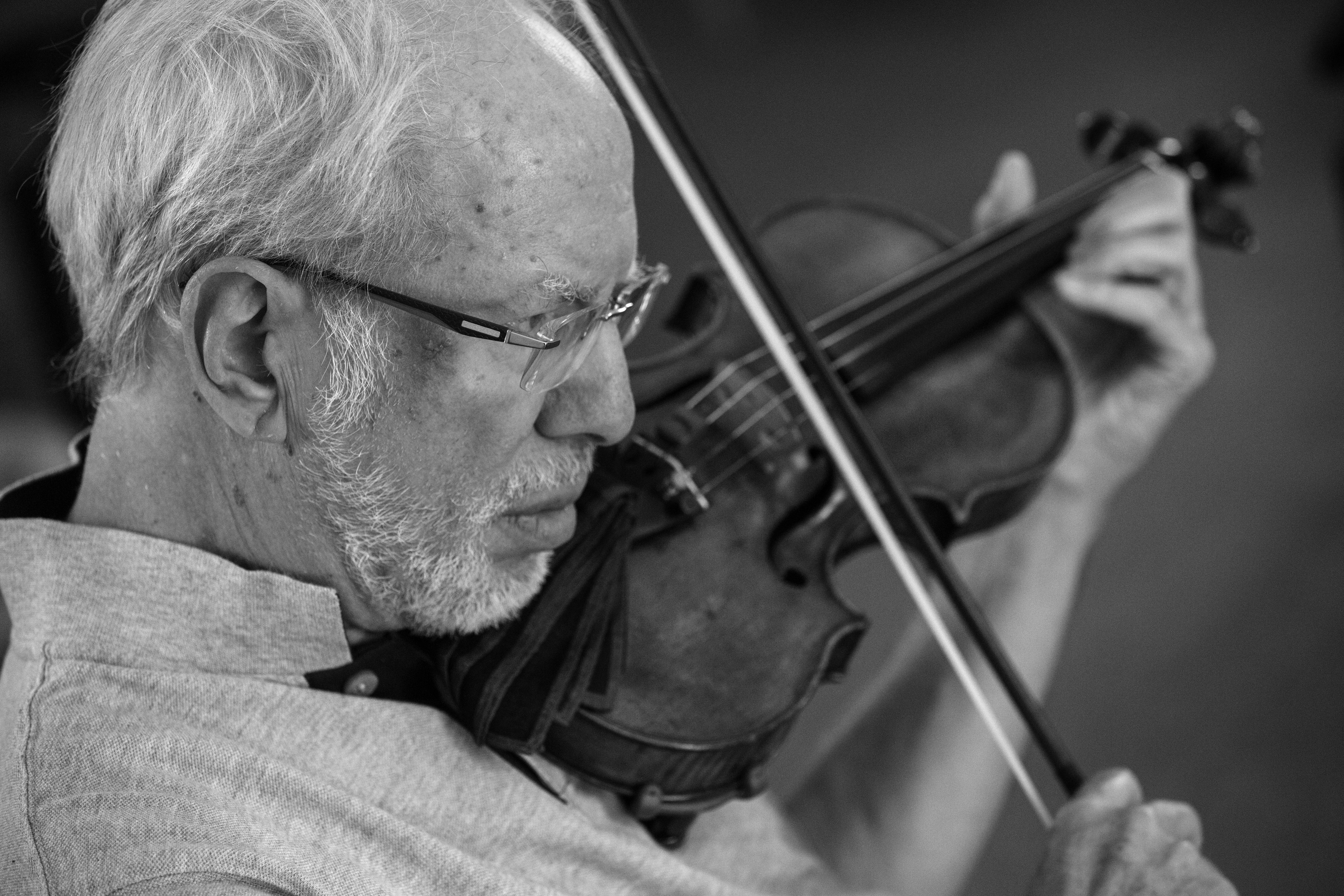 In 1997 Austria’s legendary Lockenhaus Chamber Music Festival was treated to a minor revolution when the violinist Gidon Kremer presented a brand new orchestra: Kremerata Baltica. The newly-formed ensemble won over a discerning audience, wowing the festival with the exuberance, energy and joyful playing of its 23 talented young members.

Kremerata Baltica was Gidon Kremer’s 50th birthday present to himself. His vision is to pass on his wisdom and experience to up-and-coming musicians from the Baltic countries via a long-term educational project.

Within a few short years the ensemble had become one of the finest chamber orchestras in the world. It has since cemented its international reputation in major concert venues around the world.

In the past 15 years Kremerata Baltica has played more than 1,000 concerts, performing in 600 cities and over 50 countries in Asia, Australia, the US, Latin America, Russia and throughout Europe. The orchestra has been invited to perform in the most prestigious venues, including Konzerthaus in Vienna, Musikverein, Bozar, Carnegie Hall, Rudolfinum, Royal Albert Hall and Suntory Hall.

The orchestra has recorded some two dozen CD, and in 2002 it won a Grammy Award and the Echo Award.

It received the Praemium Imperiale Grant for Young Artists in 2009.

Kremerata Baltica hosts its own festival in Sigulda in Latvia, and receives state funding from the governments of Latvia, Lithuania and Estonia, the three Baltic states that are home to its members.

Each of these musicians has contributed to shaping the unique spirit of the chamber orchestra.

LEssential to Kremerata Baltica’s artistic personality is its creative approach to programming, which often looks beyond the mainstream and has given rise to numerous world premières of works by composers such as Arvo Pärt, Giya Kancheli, Peteris Vasks, Leonid Desyatnikov and Alexander Raskatov.

The orchestra’s wide-ranging and carefully chosen repertoire is also showcased in its many CD recordings, such as Eight Seasons (Vivaldi’s concertos and Piazzolla’s Buenos Aires suites), as well as contemporary compositions by Arvo Pärt, Philip Glass and Vladimir Martynov.

After Mozart, a 21st-century study of the composer, won a much-coveted Grammy Award. The Complete Violin Concertos was recorded live at the Salzburg Festival in 2006 for the composer’s bicentenary. Also available is a recording of Mozart’s Concertos No. 20 and No. 27 with Evgeny Kissin.

Recent releases on the Nonesuch label include De Profundis and Hymns and Prayers with Gidon Kremer. The Art of Instrumentation: Homage to Glenn Gould was released in September 2012 to mark Glenn Gould’s 80th birthday.

Mieczyslaw Weinberg was released in January 2014 to great acclaim in professional music circles and nominated for a Grammy Award. Recorded with Gidon Kremer in Neuhardenberg and Lockenhaus in 2012 and 2013, the album confirms Shostakovich’s assessment that Weinberg was one of the greatest composers of his time.

In concert, a recent highlight is To Russia with Love, a concert to raise awareness of human rights in Russia held in October 2013 at the Berliner Philharmonie. Eminent performers at the event included Martha Argerich, Daniel Barenboim, Elsbeth Moser, Nicolas Altstaedt, Khatia Buniatishvili, Emmanuel Pahud and Sergey Nakaryakov. Kremerata Baltica performed in the All About Gidon show which set the eminent violinist’s career to a score of music by composers from Haydn to Piazzolla.

In a meeting of two 20th-century maestros, Kremerata Baltica and Gidon Kremer recently teamed up with clown Slava Polunin and his Snowshow Symphony to create a highly original show that was a resounding success.

Another unique performance this year was a rendition of The American Four Seasons by Philip Glass with a specially created video projection.

Arvo Pärt’s minimalist compositions are deeply religious in nature. His work is performed around the world and has been recorded for more than 80 compact discs. Inspired by Gregorian chant and early polyphony, the Estonian composer has developed his own style known as tintinnabuli.

Pärt was born in Estonia in 1935. He studied at the Tallinn Conservatory under Heino Eller. In parallel to his music studies, he worked as a sound engineer and composer for Estonian television and film, as he would continue to do. In 1962 he won first prize in a composers’ competition in Moscow, a prelude to the alternating accolades and censure prompted by the mystical character of his work. At this point his music drew on the aesthetics of serialism and collage. He took a break from composing for several years to devote himself to the study of French and Franco-Flemish choral music of the 14th, 15th and 16th centuries.

In 1976 Pärt departed in a new direction, postmodern and timeless, as illustrated by his best-known works, Für Alina, Cantus in Memoriam Benjamin Britten, Fratres. Pärt christened this style tintinnabuli (Latin for “tiny bells”). In the 1980s he emigrated to Vienna, where he took Austrian citizenship, before settling in West Berlin. At this time Pärt began to focus on composing sacred works for voice, setting to music liturgies in German, English and Russian such as St John’s Passion (1982), Miserere (1989) and Missa brevis (2009). He is wont to revise his work, and devised numerous versions and orchestrations of Fratres between 1977 and 2008.

Pärt’s compositions are performed by highly renowned ensembles and have been recorded for numerous albums. His work is admired by such diverse artists as violinist Gidon Kremer, pianist Keith Jarrett, composers Steve Reich and Gavin Bryars, and painter Gérard Garouste. He is especially acclaimed in the English speaking world. 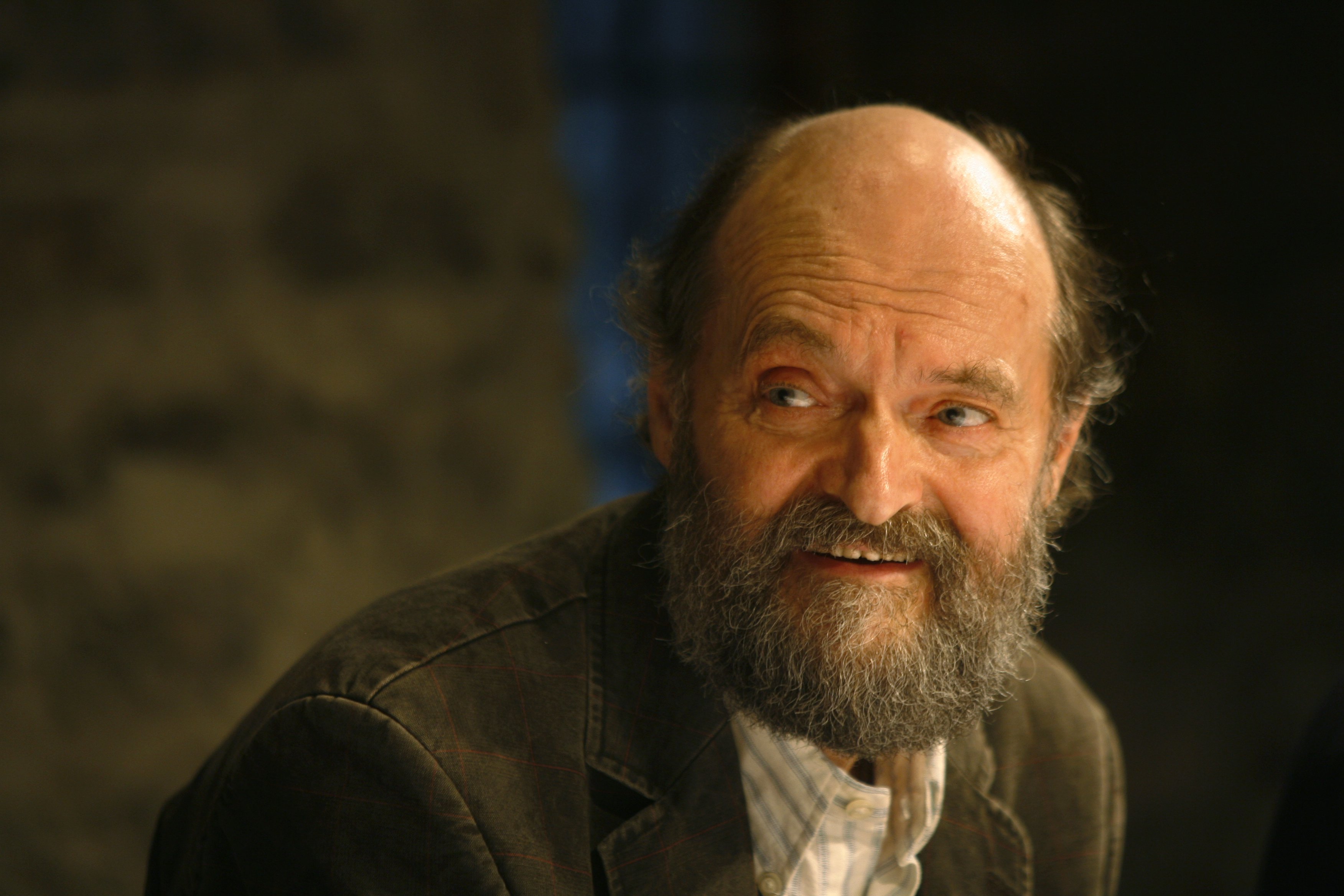