After his memorable 2019 concert of Maurice Ravel’s repertoire, Michel Dalberto returns to Fondation Louis Vuitton with a programme consecrated to another of his favourite composers, Franz Liszt.

His programme paying tribute to the Hungarian virtuoso echoes that of his latest album, recorded at the Auditorium of Fondation Louis Vuitton in December 2021 for the La Dolce Volta label. The grandiose Vallée d’Obermann – a musical meditation contemplating nature – rejoins the Transcendental Études with their picturesque visions of sensational virtuosity; the concert concludes with the sublime Sonata in B minor, an extraordinarily vast, multi-dimensional composition at the absolute peak of Liszt’s pianistic work.

This concert will be available on delay and on streaming on Radio Classique as well as broadcasted live and a replay on the website of the Fondation.

Michel Dalberto was born in 1955, in Paris, to a family originating in the Dauphiné and the Italian Piedmont. Although his parents were not musicians, they quickly picked up on his interest and enabled him to begin playing piano at the age of three and a half. He gave his first concert at the tender age of five and a half, and began attending the Paris Conservatory to study with Vlado Perlemuter – one of Alfred Cortot’s favourite pupils – at just thirteen. Jean Hubeau also had a great influence on the budding pianist.

At the age of 20, Michel Dalberto won the 1st International Mozart Competition in Salzburg and was unanimously awarded the Clara Haskil Prize. In 1978, he won 1st prize at the Leeds International Piano Competition (in the footsteps of Radu Lupu, Andras Schiff and Murray Perahia).

He was then invited to play at most of the major European musical centres with conductors such as Erich Leinsdorf, Kurt Masur, Wolfgang Sawallisch, Charles Dutoit, Sir Colin Davis, Yuri Temirkanov and Daniele Gatti. He has appeared at great festivals such as Lucerne, Firenze, Aix-en-Provence, Wiener Festwochen, Edinburgh, Schleswig-Holstein, Grange de Meslay, La Roque d’Anthéron, Newport, Miami, Seattle, and others.

Since the beginning of his career, Michel Dalberto has been recognised as one of the greatest interpreters of Schubert and Mozart. His other favourite composers include Liszt, Debussy, Fauré, Schumann and Ravel, to name a few. To date, he is the only living pianist to have recorded Schubert’s entire repertoire for piano.

Among his many recordings are Grieg’s Piano Concerto and Strauss’ Burlesque with the Philharmonia and Pommier: a “live” of the Piano Concerto by Schumann at the Vienna Music Festival with the Wiener Symphoniker and Inbal; two Concertos by Mozart with the Orchestra of the Chambre de Paris and Nelson; several recitals consecrated to Liszt, Mozart and Debussy; Paraphrases of Operas by Liszt; and a “live” Sonata for cello & piano by Beethoven with Henri Demarquette. He also performed in the complete works of chamber music by Fauré in the company of Renaud Capuçon. Several of his recordings have received awards, such as the Grand Prix du Disque of the Académie Charles-Cros, the Académie du Disque Français Prize, the Diapason d’Or, the German ECHO Music Prize, and others.

After a double CD of the works of Liszt and Scriabine recorded at a piano concert in Lyon and distributed by Sony Classic, he undertook a series of recordings dedicated to the great French repertoire for the label Aparté, for which he interprets each composer on a specific piano in a different theatre before a live audience. The first volumes, on the works of Debussy, Fauré, and Franck (including the piano Quintet with the Quatuor Novus) were widely acclaimed. The latest volume on the works of Ravel, recorded at a recital at Fondation Louis Vuitton, has just been released.

The label Erato also just re-released the full recordings that Michel Dalberto performed for Warner in the 1980s. The Making of a Musician also features the Sonatas and Klavierstücke of Schubert, several great cycles (Fantasie, Kreisleriana) and Lieder (with Nathalie Stutzman) of Schumann, the Ballades, Op. 118, and Trios of Brahms, the seven first Sonatas by Beethoven, the Concertos 18 and 25 of Mozart with Jordan, some of the Mélodies of Chausson with Jessy Norman and those of Fauré with Barbara Hendricks, and the chamber music of Fauré and Saint-Saëns with Renaud Capuçon, the Quatuor Ebène, and more.

His recently-released double CD of Beethoven’s Sonatas (Pathétique, Funeral March, Appasionata, Moonlight, Opus 111), recorded at the Salle Molière of Lyon, marks the beginning of his collaboration with the La Dolce Volta label. The magazine Classica named Michel Dalberto “Artist of the Year” for it, and also granted him its “Choc” and “Choc de l’année” (“Surprise” and “Surprise of the year”) awards. A renowned chamber musician, Michel Dalberto played the 10 Sonatas of Beethoven with Henryk Szeryng at the beginning of his career, and performed piano duo and four-hand recitals with Nikita Magaloff. More recently, he played in trios with Dmitri Sitkovetsky & Lynn Harrell and Renaud & Gautier Capuçon; duos with Boris Belkin, Vadim Repin, Nikolaj Znaider, Yuri Bashmet, Gérard Caussé, Truls Mork and Emmanuel Pahud; and quintets with the Quatuor Ebène and the Quatuor Modigliani.

He has accompanied such vocalists as Jessy Norman, Barbara Hendricks, Nathalie Stutzman, Edwin Crossley-Mercer, and Stephan Genz, with whom he recorded the Winterreise (Claves) and the Swan Song (Aparté), two great cycles by Schubert, for Aparté.

In the last few years, he has acquired experience as an orchestra conductor, and indeed has conducted a number of orchestras both in Asia and Europe. In parallel to his career, Michel Dalberto worked as the artistic director of the Académie-Festival des Arcs (Savoy) from 1991 to 2004. From 1991 to 2009, he presided the jury of the Clara Haskil Prize, succeeding to his friend Nikita Magaloff.

After teaching for a few years at Accademia Pianistica d’Imola (Italy), Michel Dalberto is currently professor at the Paris Conservatory.

In 1996, the French Ministry of Culture inducted him into the National Order of Merit as Knight in recognition of his artistic activity. 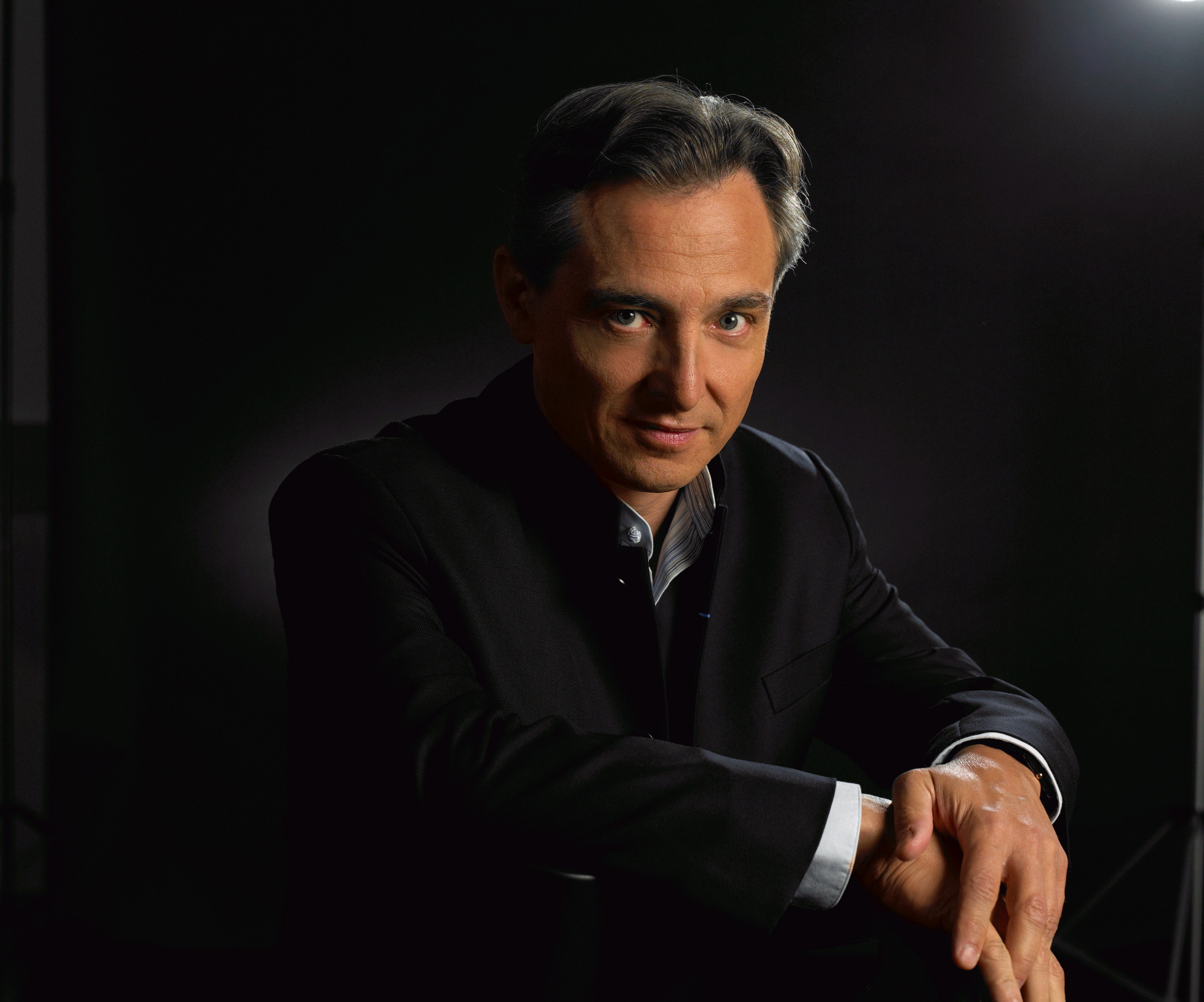