Designed for the Auditorium, "Colored Panels" consists of six monochrome panels of different sizes that combine a strong visual impact with an acoustic quality in keeping with the purpose of this space at the Fondation Louis Vuitton. “In 2012 the Fondation Louis Vuitton invited me to create a new work for the auditorium of the building designed by Frank Gehry. Starting out with a three-dimensional model, I knew I wanted to create a group of coloured panels of different sizes for the walls around the parterre and the stage. Because it's an auditorium and not a traditional gallery, I had to take into account not just the visual aspects but also acoustic issues. Working with sound engineers and my fabricator, Peter Carlson, I decided that we would make the colour panels from a special fabric that would allow sound to penetrate the surface but would also let me use the exact colours I wanted. Because the public would be moving around the space and walking alongside the walls where the panels would hang, I made them as shallow but as wide as possible. For the high rectangular wall I chose yellow, and for the other walls, blue, green, red and purple. These colours come from a palette that has interested me since I began investigating colours at the beginning of the 1940s, and continue to do today." - Ellsworth Kelly

A major figure in international art, Ellsworth Kelly redefined abstraction in art through a pictorial language of pure forms and vibrant colours inspired by the world around him.

Influenced by artists such as Matisse, Bonnard and Jean Arp, Kelly developed this abstract vocabulary in Paris, where he lived between 1948 and 1954. His canvasses protrude into space, becoming one of the elements of the composition. 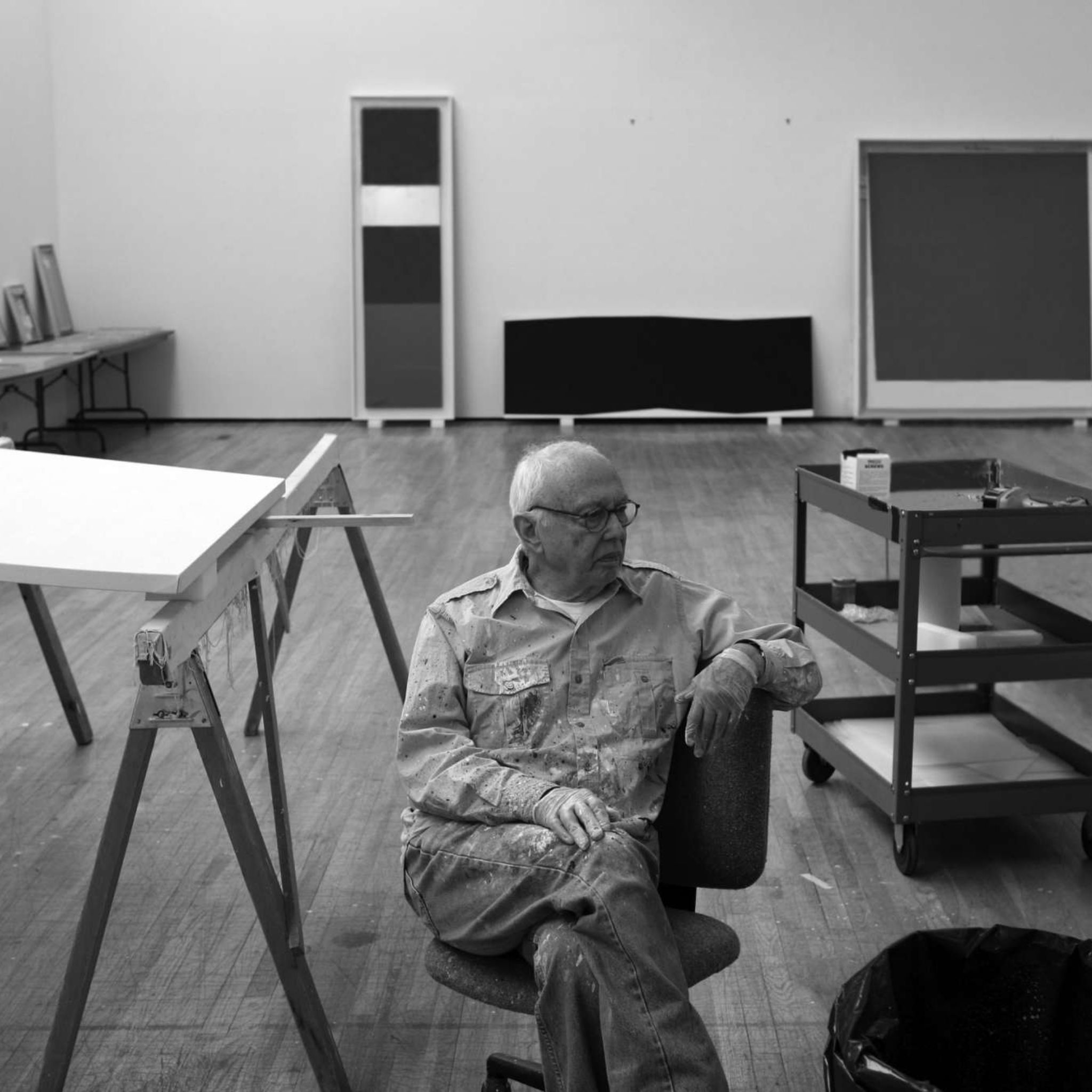