The first is a rising star of the piano whose dazzling career was launched by his success, at the age of 22, at the Tchaikovsky Competition in Moscow in 2019. The second is a 21-year-old virtuoso of Swedish origin who signed, at the age of 15, with the legendary Deutsch Gramophone label and became the protégé of Valery Gergiev.

For this concert, Alexandre Kantorow and Daniel Lozakovich combine their talents to present a programme devoted to sonatas for violin and piano by the greatest German and French Romantic composers: the ardent, delicate lyricism of Johannes Brahms contrasts with Schumann’s fiery intensity and the refined elegance of César Franck. Nothing less than the musical genius of these two exceptional artists – acclaimed by the press as the “Young Tsar of the Piano" and the “Young Prince of the Violin” – would suffice to present to the audience of the Fondation Louis Vuitton Auditorium this recital fit for a king!

This concert will be available on live stream and replay on medici.tv, the Fondation's website as well as on delay on Mezzo and Radio Classique.

Piano
In 2019, aged 22, Alexandre Kantorow became the first French pianist to win the Gold Medal at the Tchaikovsky Competition, where he also won the Grand Prix, which has only been awarded three times before in the competition’s history. Hailed by critics as the “Young Tsar of the Piano” (Classica) and “Liszt reincarnated” (Fanfare), he has received numerous other awards and has been invited to perform worldwide at the highest level.

Mr Kantorow began performing professionally at an early age, making his debut at the La Folle Journée festival in Nantes at just 16 years of age. Since then, he has played with many of the world’s major orchestras, including regular appearances with the Mariinsky Orchestra under Valery Gergiev. Highlights in the coming season include concerts with the Orchestre de Paris, Staatskappelle Berlin, Royal Philharmonic Orchestra, Philharmonia, Royal Stockholm Philharmonic, as well as tours with the Orchestre National de Toulouse, Budapest Festival Orchestra and the Munich Philharmonic.

He has performed solo recitals at major concert halls across Europe, such as the Amsterdam Concertgebouw in their Master Pianists series, the Konzerthaus Berlin, Philharmonie de Paris, BOZAR in Brussels and Stockholm Konserthus. He has also appeared at some of the most prestigious festivals, including La Roque d’Anthéron, Piano aux Jacobins, the Verbier Festival and Klavierfest Ruhr. Chamber music is another of his great pleasures and he regularly performs with Victor Julien-Laferrière, Renaud Capuçon, Daniel Lozakovich and Matthias Goerne.

Mr Kantorow records exclusively with BIS. His most recent recording (solo works by Brahms) received the 2022 Diapason d’Or. His two previous recordings (Saint-Saëns concerti 3-5 and solo works by Brahms, Bartok and Liszt) each received the Diapason d’Or and Choc Classica of the Year in 2019 and 2020, respectively. The solo disc was Gramophone magazine’s Editor’s Choice, his performance described as “a further remarkable example of his virtuosity and artistry, showing both skill and sensitivity throughout”. His earlier recital recordings, entitled à la Russe, also won numerous awards and distinctions, including the 2017 Choc de l’Année (Classica), Diapason découverte (Diapason), Supersonic (Pizzicata) and CD des Doppelmonats (PianoNews).

Mr Kantorow is a laureate of the Safran Foundation and Banque Populaire, and, in 2019, was named “Musical Revelation of the Year” by the Professional Critics Association. In 2020, he won France’s Victoires de la Musique Classique in two categories: Recording of the Year and Instrumental Soloist of the Year.

Born in France of Franco-British heritage, he has studied with Pierre-Alain Volondat, Igor Lazko, Frank Braley and Rena Shereshevskaya. 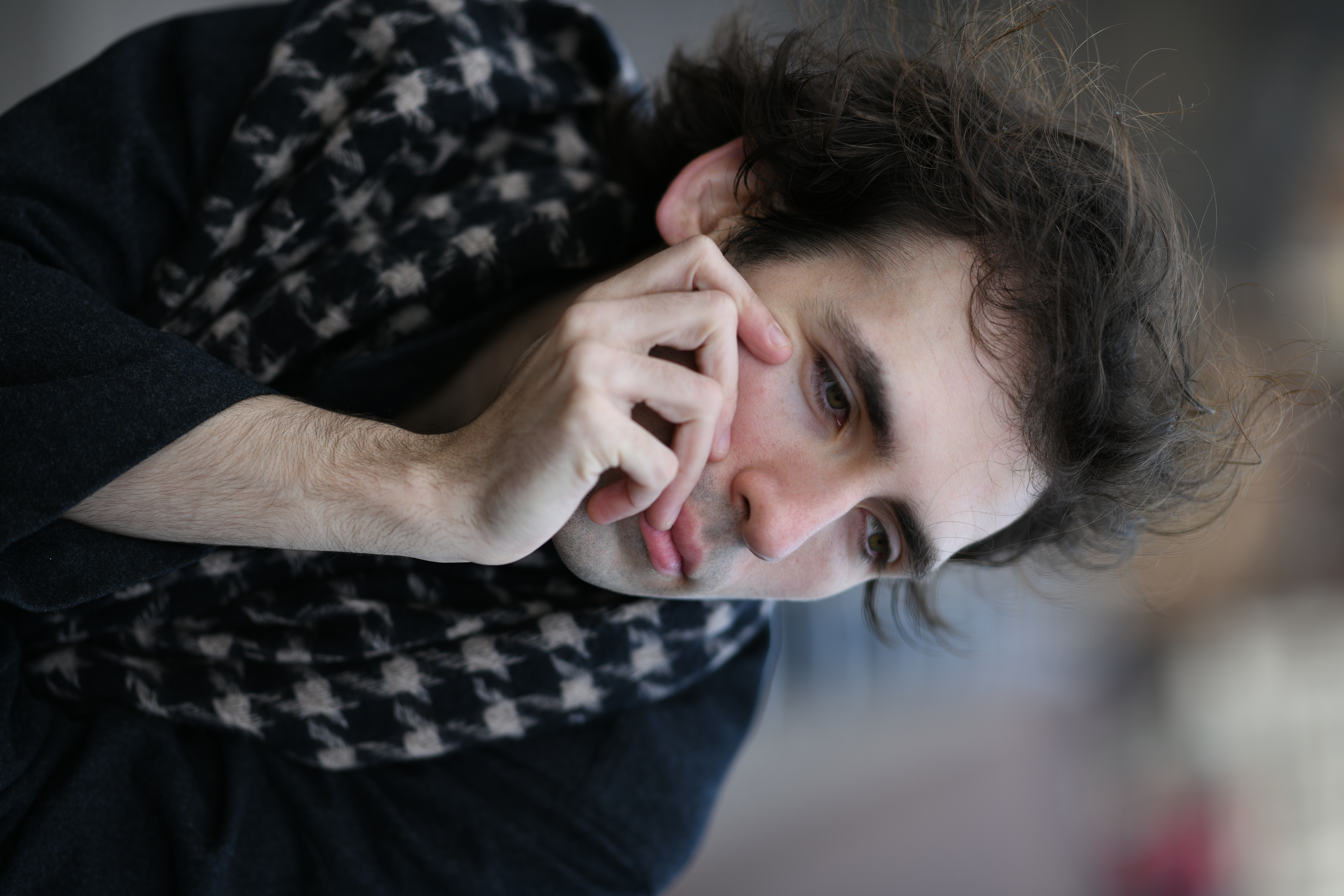 Daniel Lozakovich was born in Stockholm in 2001 and began playing the violin when he was almost seven. He made his solo debut two years later with the Moscow Virtuosi Chamber Orchestra and Vladimir Spivakov in Moscow. Since the first performance Daniel has a major influence by Vladimir Spivakov and playes Daniel collaborates with some of the world’s eminent conductors, including Ádám Fischer, Semyon Bychkov, Neeme Järvi, Esa Pekka Salonen, Andris Nelsons, Robin Ticciati, Marc Albrecht, Klaus Mäkelä, Vasily Petrenko, Tugan Sokhiev, Giancarlo Guerrero, Nathalie Stutzman, Leonard Slatkin and Lorenzo Viotti.

Daniel has a close collaboration with Valery Gergiev, with whom he maintains a strong artistic partnership since their first collaboration during the New Year’s concert 2015 at the Tchaikovsky Concert Hall in Moscow. Returning to the Mariinsky Theatre Orchestra to perform the Beethoven Violin Concerto in the closing concert of the XV Moscow Easter Festival and later at the Stars of the White Nights Festival in St. Petersburg, at the Festival de Saint-Denis, also the Baltic Sea Festival in Stockholm’s Berwaldhallen, the Rotterdam Gergiev Festival and at the Septembre Musical Montreux Festival with Prokofiev concerto No 2. Daniel opened the Münchner Philharmoniker festival, MPHIL 360°, alongside Valery Gergiev and the Münchner Philharmoniker with Mozart’s Concerto No. 5 and has since been reinvited with a series of performances in the 2019/20 season, in Munich and in Amsterdam, with the Beethoven Concerto.

He signed an exclusive contract with Deutsche Grammophon in June 2016, soon after his 15th birthday. The deal made him the youngest member of DG’s family of artists. It also reinforced his status as a one-in-a-million virtuoso blessed with an entrancing range of expression and musicianship. Lozakovich’s first recording for Deutsche Grammophon, with the Kammerorchester des Symphonieorchesters des Bayerischen Rundfunks, was released in June 2018 and featured Bach’s two concerti for violin and orchestra (BWV 1041 and 1042), and the Partita No. 2 in D minor (BWV 1004) for solo violin. The outstanding success of this debut album was marked in the music charts, the album reaching number 1 on the French Amazon overall charts and number 1 in the classical album charts in Germany.

“None but the Lonely Heart”, Lozakovich’s second album for the Yellow Label, was released in October 2019. Dedicated to the music of Tchaikovsky, it includes the Violin Concerto, recorded live with the National Philharmonic Orchestra of Russia and Vladimir Spivakov, the Méditation for violin and orchestra and arrangements of two vocal works, Lensky’s Aria from Eugene Onegin and the song from which the album takes its name: the Romance, Op.6 No.6, “None but the lonely heart”.

Recent highlights include New York debut at the Mostly Mozart Festival with Louis Langrée, as well as tours to Japan and Asia with Valery Gergiev and a Japan tour with the hr-Sinfonieorchester Frankfurt under the baton of Andrés Orozco-Estrada.

A remarkable 2019/20 season sees Lozakovich return to the Boston Symphony Orchestra in their subscription series with Andris Nelsons, the Orchestre National de France with Neeme Järvi, debuting with the Cleveland Orchestra with Klaus Mäkelä, St. Petersburg Philharmonic Orchestra with Yuri Temirkanov, the Royal Philharmonic Orchestra London with Vasily Petrenko, a tour with the Orchestre de Paris with Christoph Eschenbach and an invitation by Esa-Pekka Salonen to the subscription series of the Los Angeles Philharmonic.

Awarded many prizes including 1st prize at the 2016 Vladimir Spivakov International Violin Competition and “The Young Artist of the Year 2017” award at the Festival of the Nations, “Premio Batuta” in Mexico, and the “Excelentia Award” under the honorary presidency of Queen Sofia of Spain.

Lozakovich studies at the Karlsruhe University of Music with Professor Josef Rissin since 2012, and from 2015 has been mentored by Eduard Wulfson in Geneva. Daniel had also studied with Mikhail Kazinik, Natalja Beshulya and Gerhard Schulz.

Daniel Lozakovich plays the “ex-Baron Rothschild” Stradivari on generous loan on behalf of the owner by Reuning & Son, Boston, and Eduard Wulfson, and plays the Stradivarius “Le Reynier” (1727), generously loaned by LVMH. 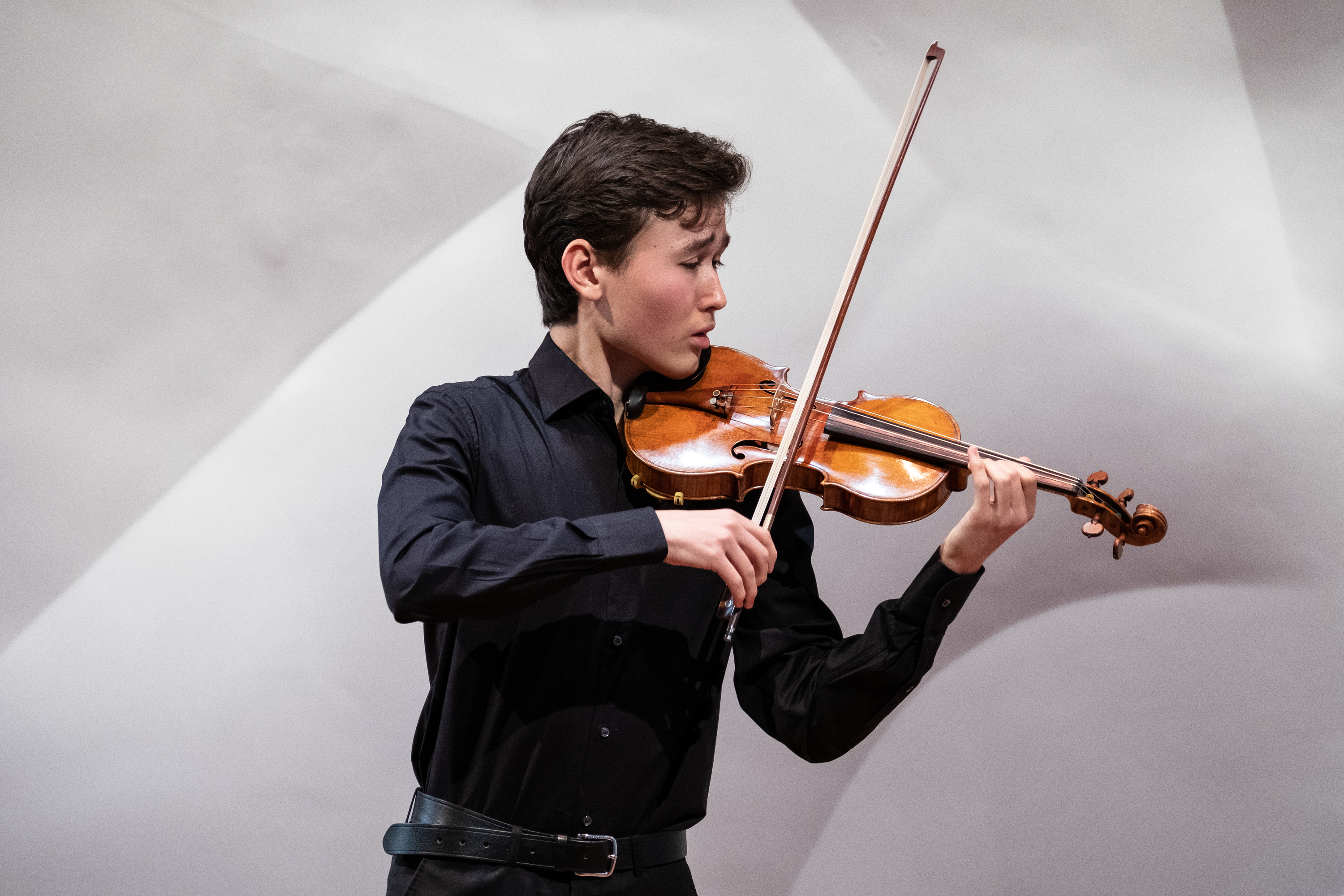