The exhibition "Claude Monet - Joan Mitchell" creates an unprecendented "dialogue" between the works of two exceptional artists, Claude Monet (1840-1926), with his Water Lilies, and Joan Mitchell (1925-1992). Both left their mark not only on their epoch but also on subsequent generations of painters.

The exhibition will begin with the "Joan Mitchell Retrospective", enabling the public in France and Europe to discover her work.

"The dialogue Claude Monet - Joan Mitchell" and the "Joan Mitchell Retrospective" present each artist’s unique response to a shared landscape, which they illustrate in a particularly immersive and sensual manner. In his last paintings, the Water Lilies, Monet aimed to recreate in his studio the motifs he observed at length on the surface of his water lily pond in Giverny. Joan Mitchell, on the other hand, would explore a memory or a sense of the emotions she felt while in a particular place that was dear to her, perceptions that remained vivid beyond space and time. She would create these abstract compositions at La Tour, her studio in Vétheuil, a small French village. 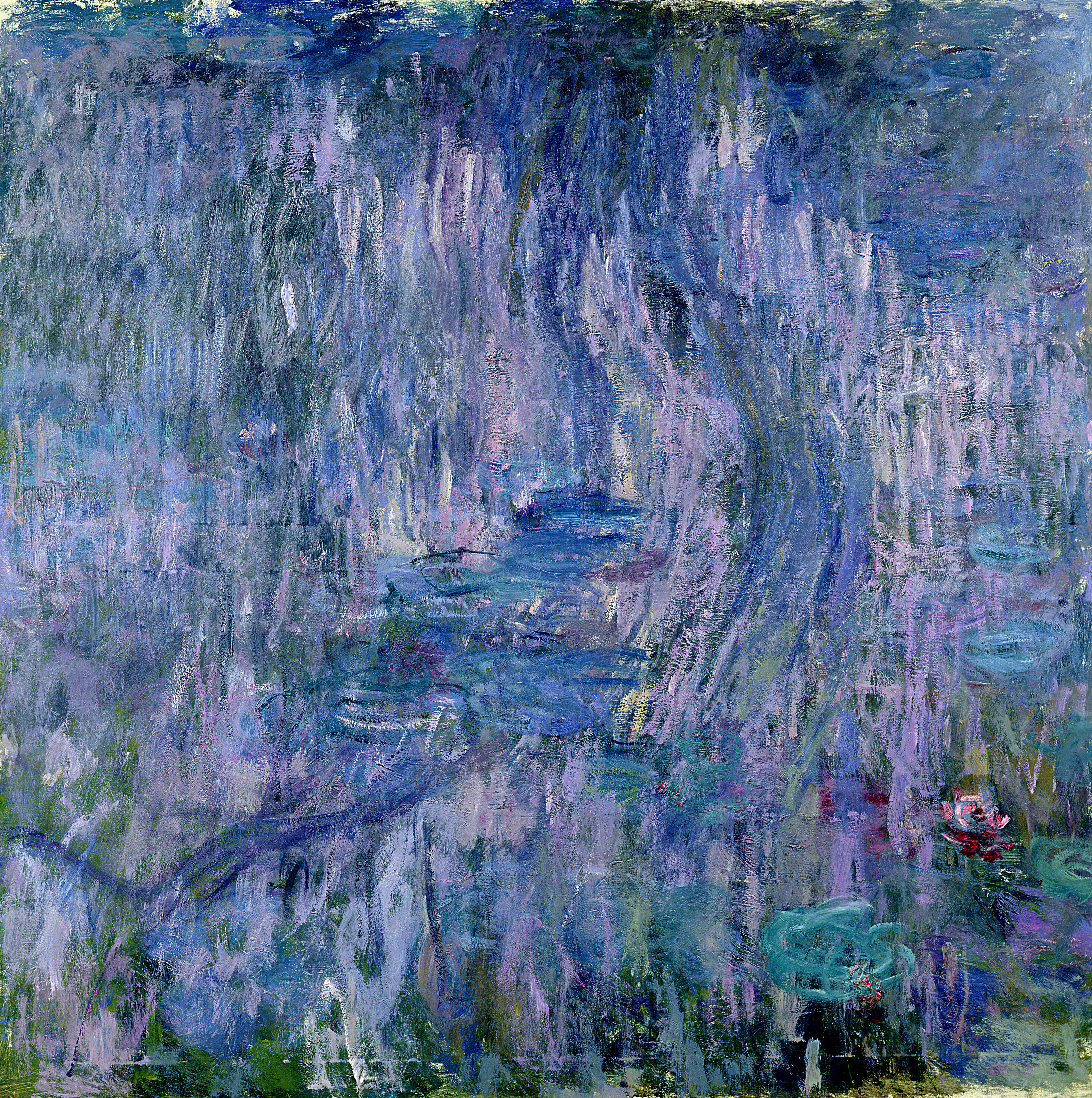 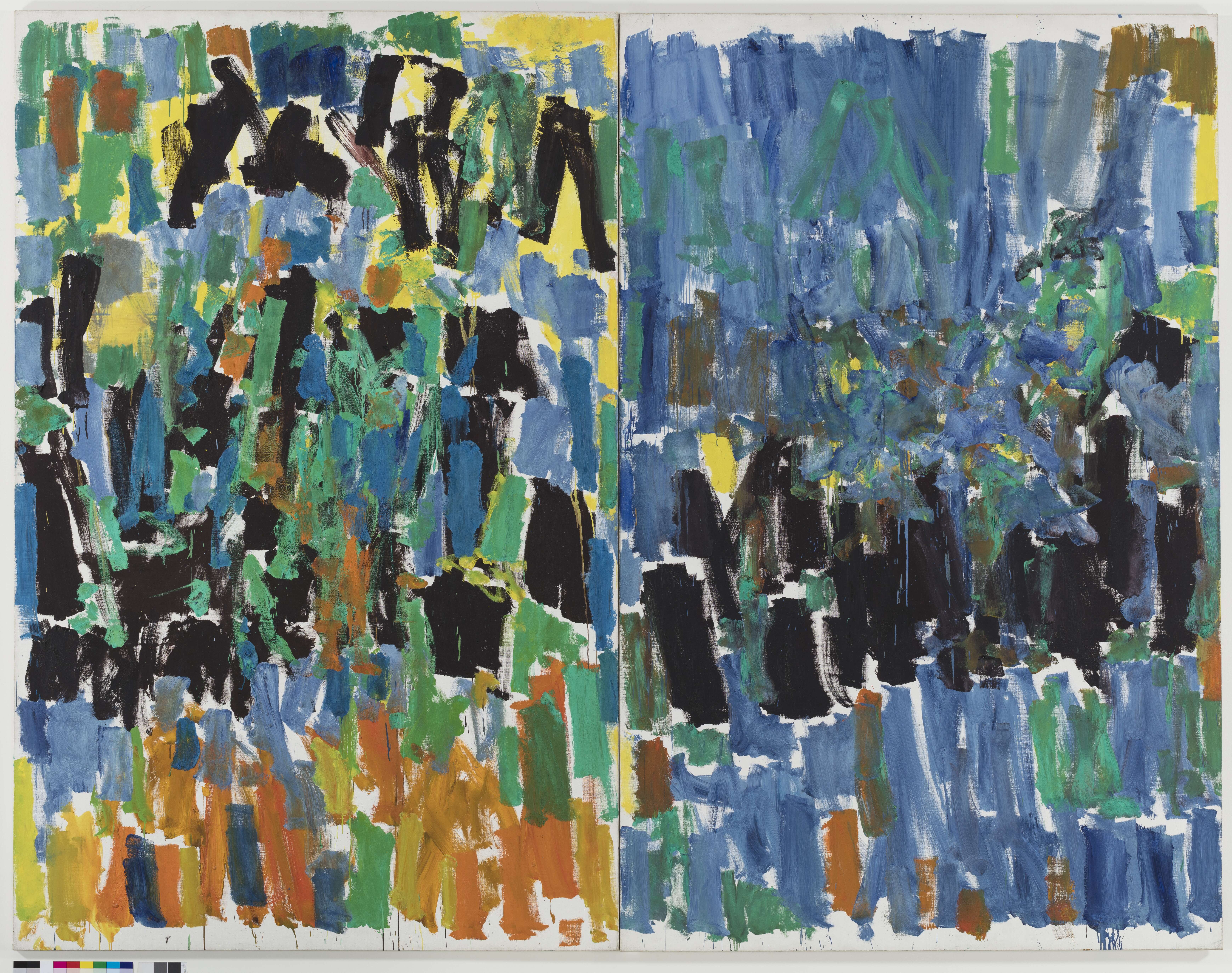 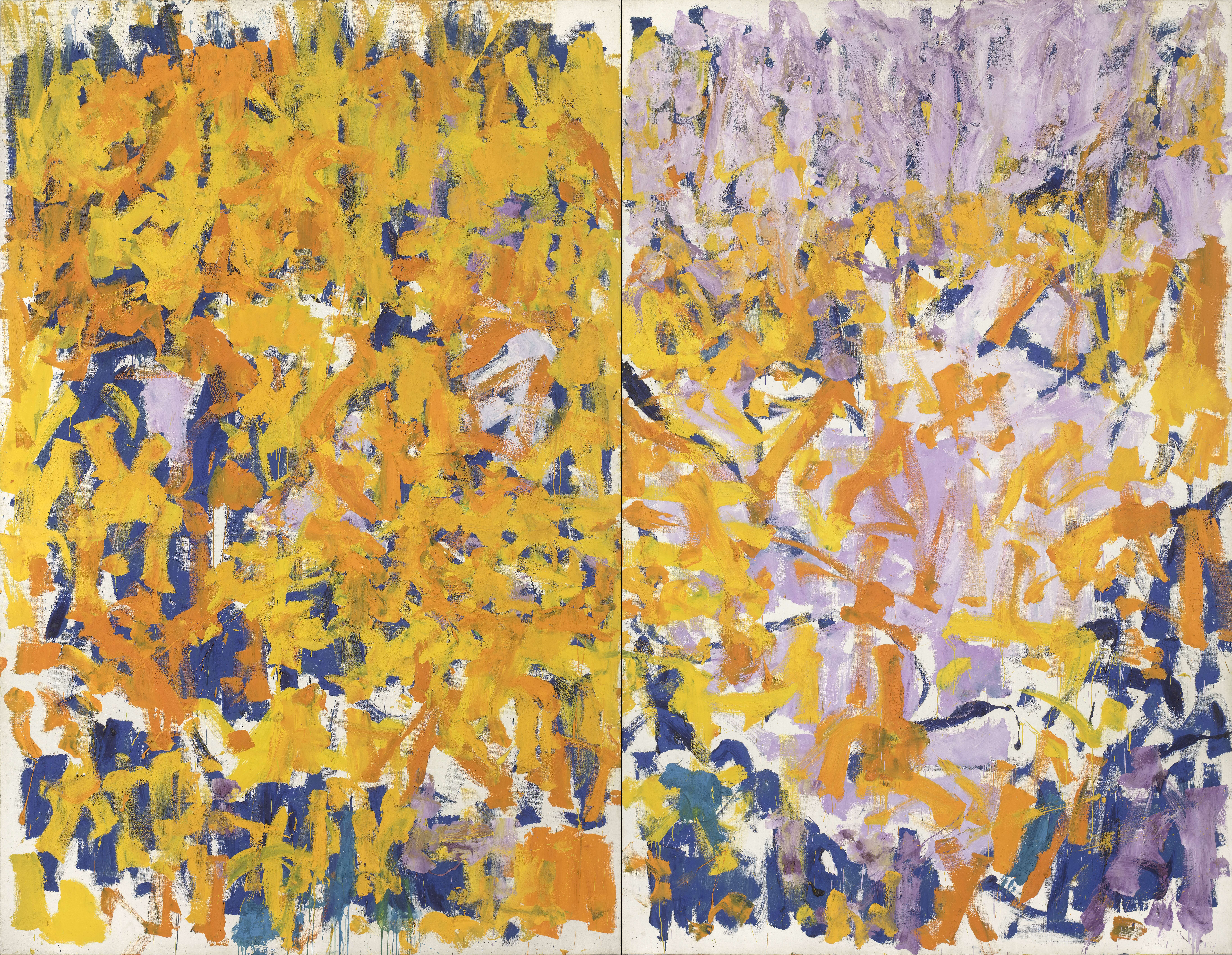 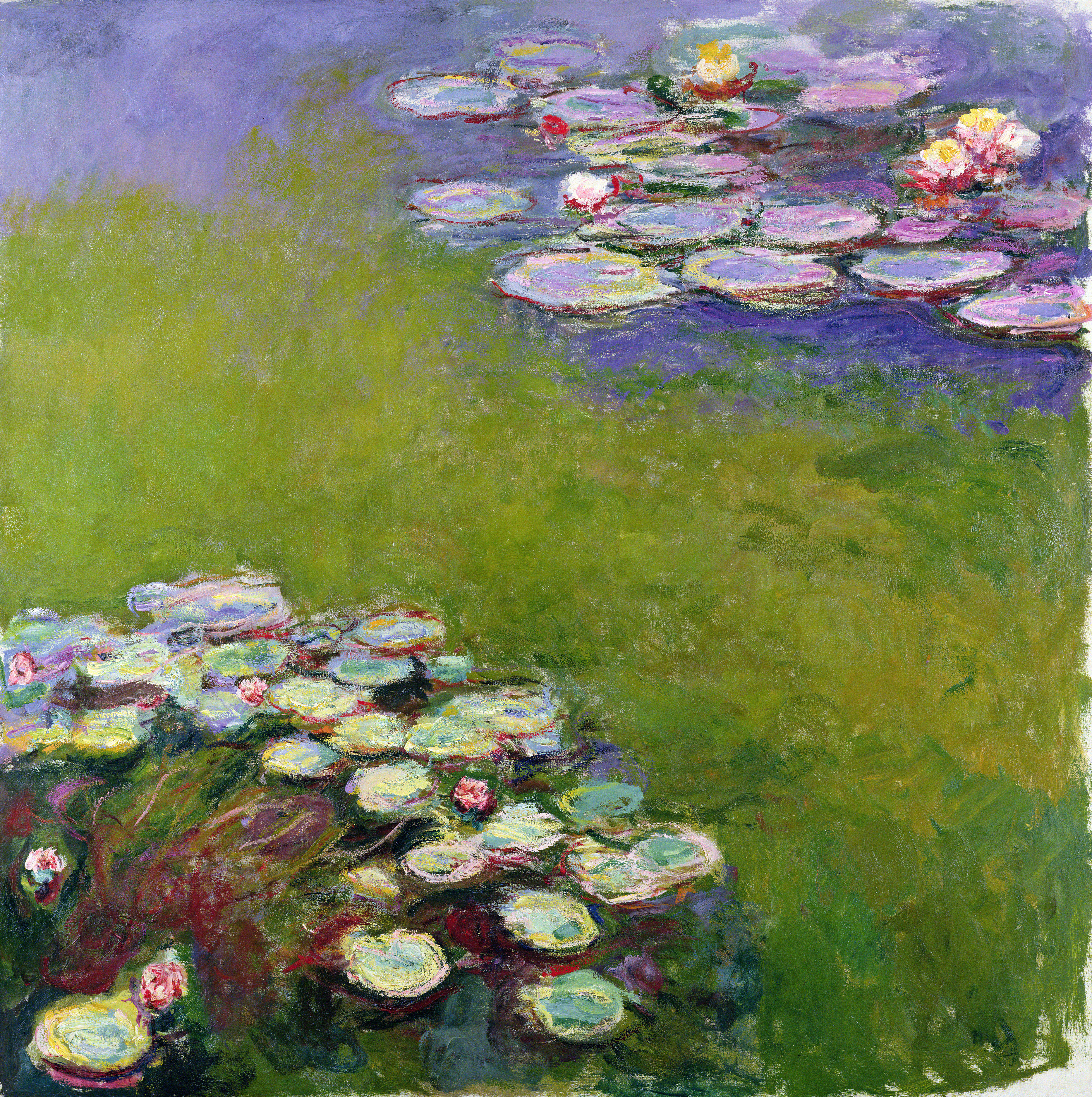 Claude Monet's Water Lilies found recognition in the United States in the 1950s, where they were seen as precursors of abstraction by the painters of Abstract Expressionism. Following André Masson, Clement Greenberg, the famous American critic, took a stand in defence of their modernity: "What [Monet] found in the end was, however, not so much a new as a more comprehensive principle; and: it lay not in Nature, as he thought, but in the essence of art itself, in art’s 'abstractness’”.

In the context of “Monet’s Revival”, in 1957 and 1958, Mitchell took part in exhibitions devoted to the notion of "abstract impressionism," a term coined by her friend Elaine de Kooning. The rapprochement between the two artists was further reinforced by Joan Mitchell's move in 1968 to Vétheuil to a house close to where Monet lived between 1878-1881. Joan Mitchell nonetheless asserted full artistic independence.

Faced with the same landscape, namely the banks of the Seine, Monet and Mitchell developed a pictorial approach that they defined in similar terms, with Monet referring to "sensation" and Mitchell to "feelings". Inspired by the natural surroundings of the Paris Region, both artists shared an acute sensitivity to light and colour, the interplay of which forms the basis of their art. Through her use of hedonistic colour and vibrant light, Mitchell shared evocations of feelings and memories; Monet’s late work was marked by the abandoning of formal contours in favour of colour, which he defined by capturing fleeting light. Monet and Mitchell's gestural and energetic canvases, which depict foliage, water, and the atmosphere, reflect their mutual affinity with the landscape.

Through some 60 emblematic works by both artists, the exhibition offers the public an enchanting and immersive journey, emphasised by striking visual and thematic parallels.

The "Claude Monet - Joan Mitchell" exhibition is a scientific partnership with the Musée Marmottan Monet.

Alongside the "Monet-Mitchell" exhibition, the Fondation presents the most significant Joan Mitchell retrospective to be shown in Europe in over 30 years. This exhibition, which is organised in conjunction with the San Francisco Museum of Modern Art (SFMOMA) and the Baltimore Museum of Art (BMA), aims to raise public awareness of Joan Michell’s work.

The exhibition brings together some 50 works over an area of 1,000 m2. It offers a new version of the exhibition recently presented in the United States. The exhibition benefits from generous loans, for example from the Centre Pompidou and the Musée du Monastère Royal de Brou. It also includes a dozen works from the Collection of the Fondation Louis Vuitton.

While Joan Mitchell took part in the abstract expressionist movement in the United States during the first half of the 1950s, this exhibition aims to highlight the singularity of her work, which is characterised by the intensity of her palette, her constantly reconsidered search for colour and light, and her intimate bond with landscapes. “I carry my landscape around with me," she once declared. Inspired by her memories, the feelings of them, and by the work of great modern masters (Van Gogh, Cézanne, Matisse, and Monet, among others), Mitchell also found inspiration and equivalences in music and poetry, as emphasised by the numerous documents presented in the exhibition. 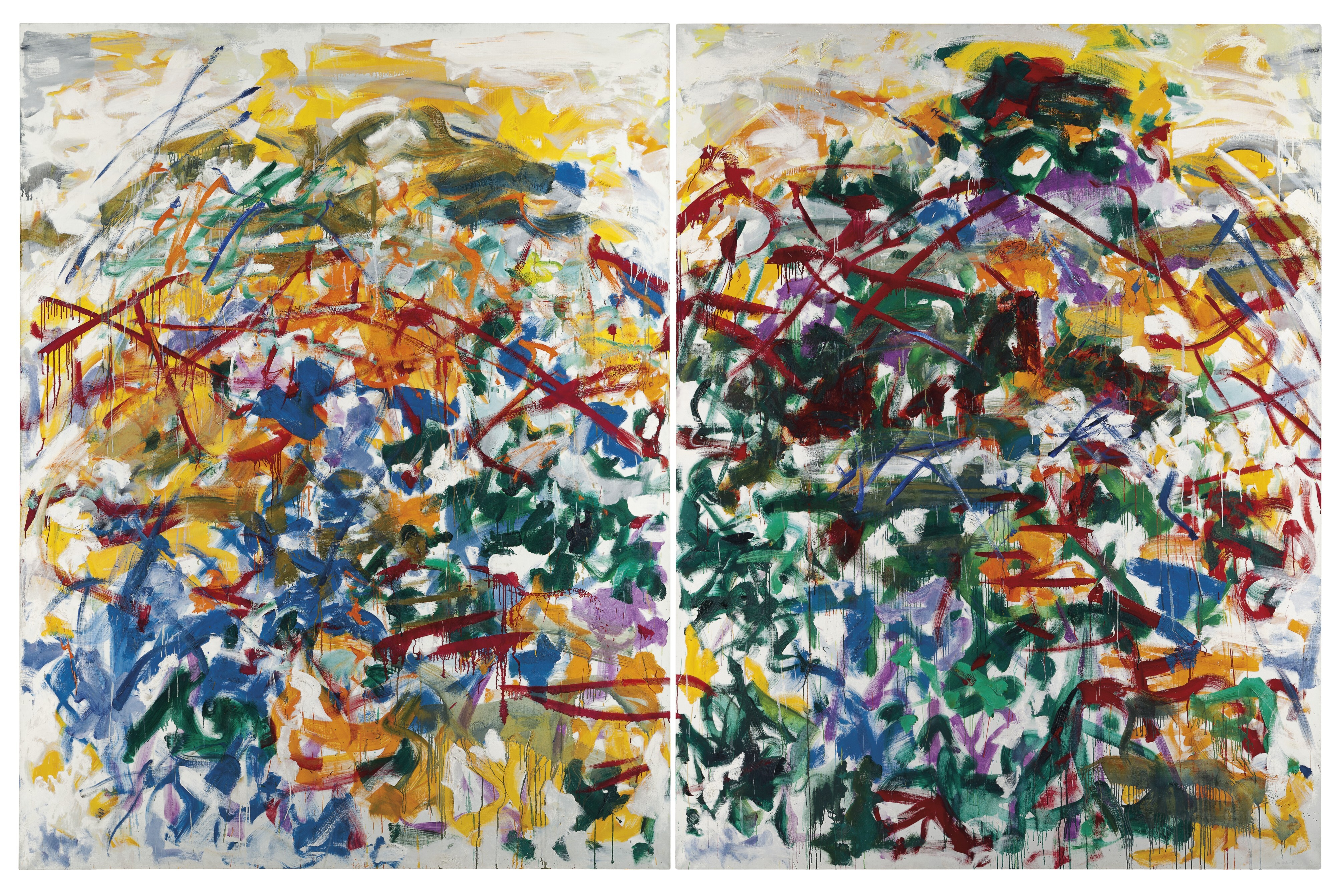 © The Estate of Joan Mitchell © The Estate of Joan Mitchell

The retrospective examines the life and work of an artist who is today regarded as one of the most influential artistic figures of the second half of the twentieth century. Suzanne Pagé, general curator of the exhibition - who presented the first ever exhibition of Joan Mitchell’s works in a French museum (1982) - notes that her work is the "quintessence of abstraction in a manner that is entirely singular by its very paradox: ‘My painting is abstract,’ the artist said, ‘but it is also a landscape’.”

From the early 1950s, Joan Mitchell was a prominent figure in the New York art scene, and regularly interacted with artists such as Franz Kline, Willem de Kooning, and Philip Guston. Her lively, gestural work was shaped by her specific affinity with European artists from the turn of the 19th and 20th centuries, as well as her interest in poetry.

The exhibition explores the major series she created in her native country as well as in Paris, where she moved to in 1959 before permanently settling in Vétheuil in 1968, a place more in tune with her work. Initially seen as a source of inspiration for her solar, incandescent paintings, Vétheuil soon became synonymous with her polyptychs of the 1970s.

The Joan Mitchell Retrospective is organised by the San Francisco Museum of Modern Art (SFMOMA) and the Baltimore Museum of Art (BAM), together with the Fondation Louis Vuitton.

Curators
Katy Siegel, Senior Curator for Research and Programming at the Baltimore Museum of Art; Sarah Roberts,
Andrew W. Mellon Foundation Curator and Head of Paintings and Sculptures at SFMOMA.