Opening concert of the Morozov exhibition

For the opening of the season, on the 20 and 21 September, the Fondation hosts two exceptional concerts and invites the Mariinsky Orchestra of Saint-Petersbourg, under the direction of Valery Gergiev, for the inauguration of the exhibition « The Morozov Collection. Icons of Modern Art ».

For the first opening concert, Valery Gergiev invites and the flamboyant pianist Yuja Wang, acclaimed for her performances on the world’s greatest stages. 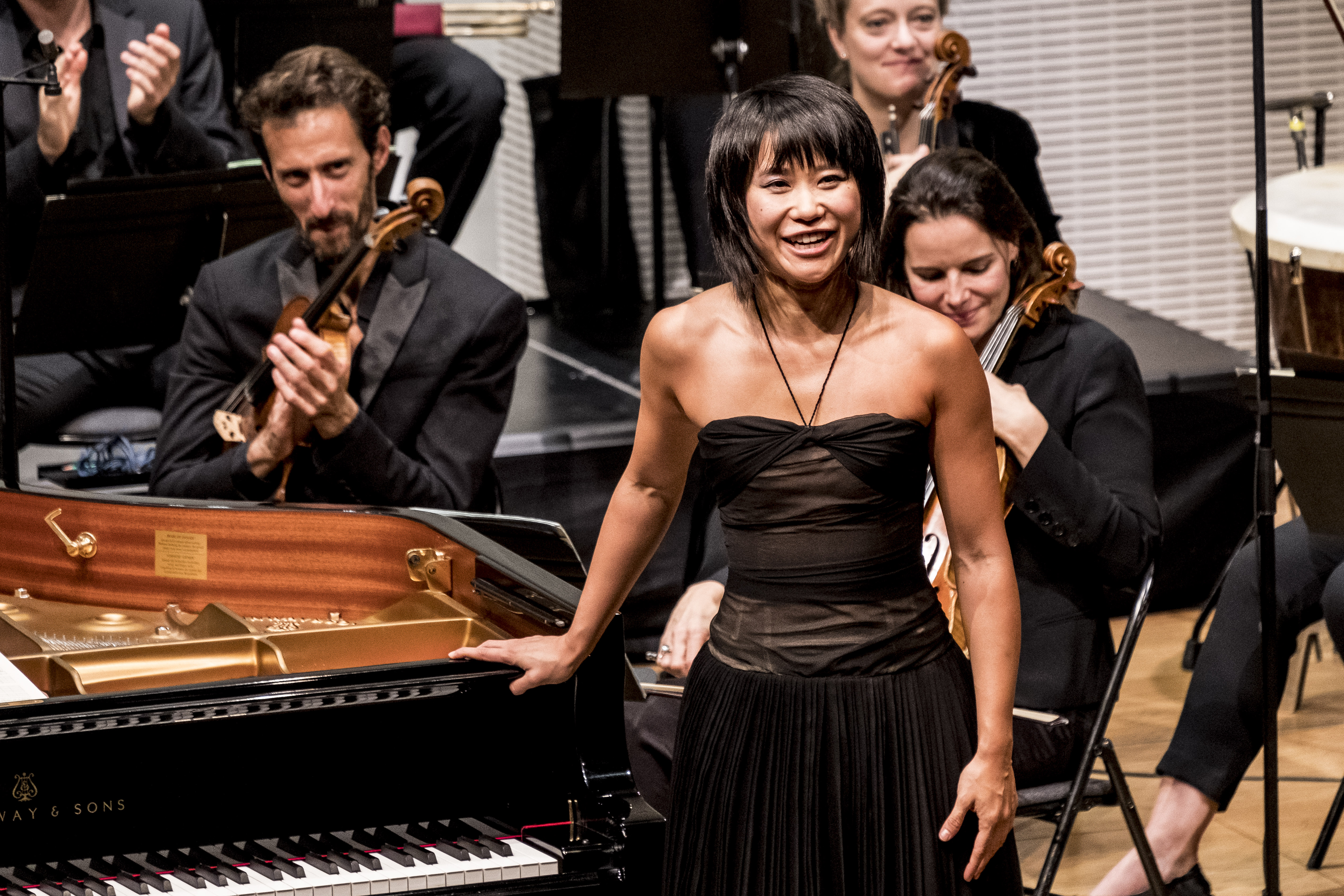 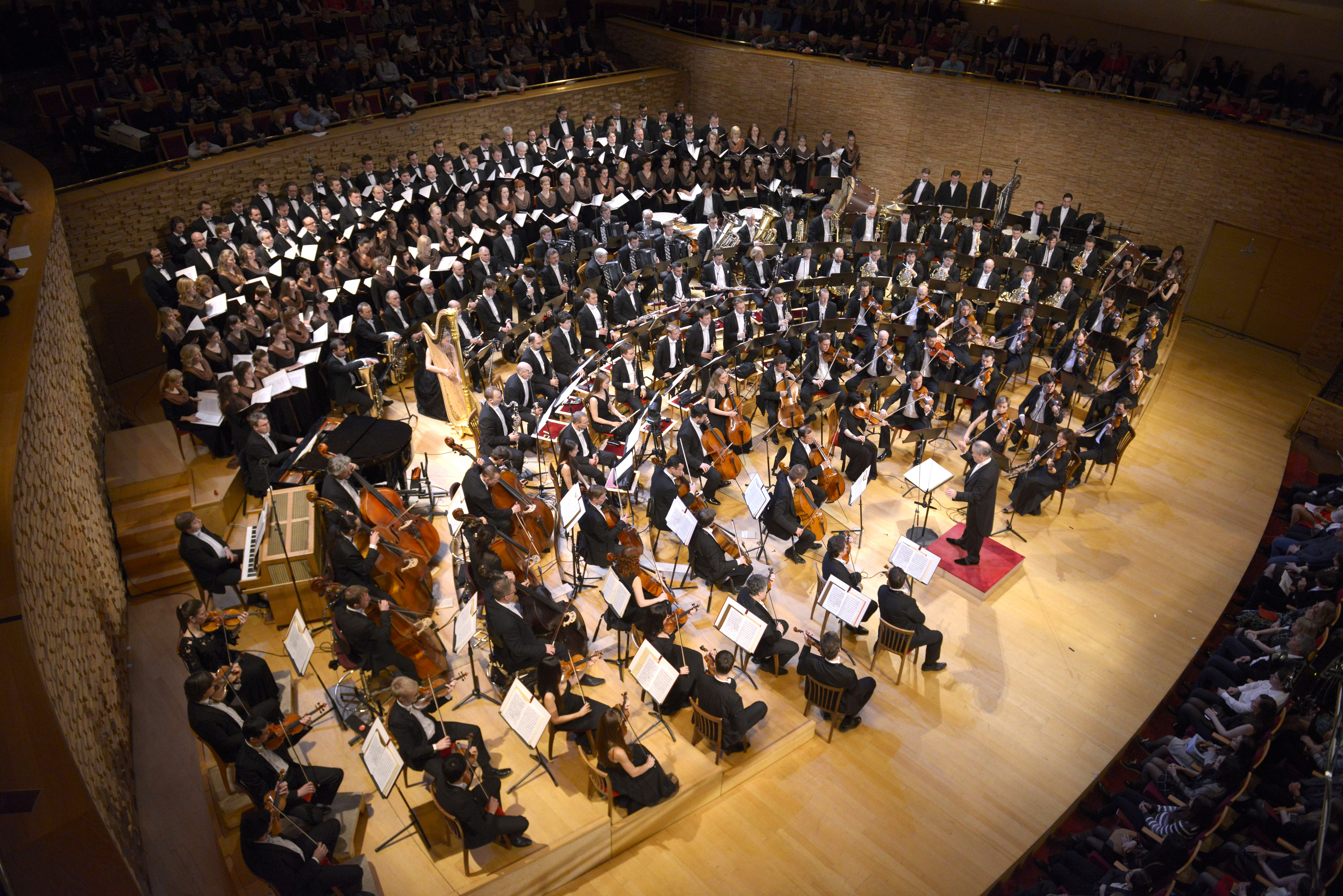 The two programmes are a reminder of the incredible abundance of Franco-Russian musical relations. The first showcases the prominent influence that the New Russian School had on many a French composer. The sparkling orchestrations of Ravel, such as the delicate sounds of his Pavane pour une infante défunte, owe much to the Mighty Five. Moreover, the composer paid a vibrant tribute to Mussorgsky by arranging his famous Pictures at an Exhibition. And with the Concerto no 2 of Rachmaninoff, orchestral mastery gives way to the most incredible piano virtuosity imaginable.

This concert will be broadcast live and on replay on medici.tv, Radio Classique and the website of the Fondation, as well as on Mezzo.

The Mariinsky Orchestra is one of the oldest musical ensembles in Russia. It can trace its history back to the early 18th century and the development of the Court Instrumental Chapel. In the 19th century, an extremely important role in the emergence of the Mariinsky Orchestra was played by Eduard Nápravník, who directed it for over half a century.

The excellence of the orchestra was recognised on numerous occasions by the world-class musicians who conducted it, among them Berlioz, Wagner, von Bülow, Tchaikovsky, Mahler, Nikisch and Rachmaninoff. In Soviet times, the ensemble’s illustrious traditions were continued by conductors such as Vladimir Dranishnikov, Ariy Pazovsky, Yevgeny Mravinsky, Konstantin Simeonov and Yuri Temirkanov.

The orchestra has had the honour of being the first to perform many operas and ballets by Tchaikovsky, operas by Glinka, Mussorgsky and Rimsky-Korsakov and ballets by Shostakovich, Khachaturian and Asafiev.

Since 1988, the orchestra has been directed by Valery Gergiev, a musician of the highest order and an outstanding figure in the music world. Maestro Gergiev’s arrival at the helm ushered in a new era of rapid expansion of the orchestra’s repertoire, which today includes every symphony by Beethoven, Mahler, Prokofiev and Shostakovich, Requiems by Mozart, Berlioz, Verdi, Brahms and Tishchenko and various works by composers such as Stravinsky, Messiaen, Dutilleux, Henze, Shchedrin, Gubaidulina, Kancheli and Karetnikov. The orchestra performs programmes of symphony music at prestigious concert venues throughout the world.

The art of Valery Gergiev is in great demand throughout the world. The maestro is a vivid representative of the St Petersburg conducting school and a former pupil of the legendary Professor Ilya Musin. While still a student at the Leningrad Conservatoire, Gergiev won the Herbert von Karajan Competition in Berlin and the All-Union Conducting Competition in Moscow, following which he was invited to join the Kirov Theatre (now the Mariinsky) as an assistant to the principal conductor. His debut as a conductor at the theatre came on 12 January 1978 with Sergei Prokofiev's opera War and Peace. In 1988 Valery Gergiev was appointed Music Director of the Mariinsky Theatre, and in 1996 he became its Artistic and General Director (leading the orchestra and opera and ballet companies).

The Mariinsky Orchestra under Valery Gergiev has scaled new heights, assimilating not just opera and ballet scores, but also an expansive symphony music repertoire – every symphony by Beethoven, Brahms, Tchaikovsky, Mahler, Sibelius, Prokofiev and Shostakovich and works by Berlioz, Bruckner, Rimsky-Korsakov, Richard Strauss, Scriabin, Rachmaninoff, Stravinsky, Messiaen, Dutilleux, Ustvolskaya, Shchedrin, Kancheli and other composers. Under the direction of Valery Gergiev the Mariinsky Theatre has become a major theatre and concert complex, without par anywhere in the world.

Valery Gergiev's international activities are no less intensive and active. Having made debuts in 1992 at the Bayerishe Staatsoper (Musorgsky's Boris Godunov), in 1993 at the Royal Opera House, Covent Garden (Tchaikovsky's Eugene Onegin) and in 1994 at the Metropolitan Opera (Verdi's Otello with Plácido Domingo in the title role), the maestro successfully continues to collaborate with the world's great opera houses. He works with the World Orchestra for Peace (which he has directed since 1997 following the death of the ensemble's founder Sir Georg Solti), the Philharmonic Orchestras of Berlin, Paris, Vienna, New York and Los Angeles, the Symphony Orchestras of Chicago, Cleveland, Boston and San Francisco, the Royal Concertgebouw Orchestra (Amsterdam) and many other ensembles.

Valery Gergiev is the founder and director of prestigious international festivals including the Stars of the White Nights (since 1993), the Moscow Easter Festival (since 2002), the Gergiev Festival in Rotterdam, the Mikkeli Festival and the 360 Degreesfestival in Munich. Since 2011 he has directed the organisational committee of the International Tchaikovsky Competition. Valery Gergiev focuses much of his attention on working with young musicians. One of his initiatives saw the revival of the All-Russian Choral Society; this includes the Children's Chorus of Russia, which has appeared at the Mariinsky-II, the Bolshoi Theatre and at the closing ceremony of the XXII Winter Olympics in Sochi. Since 2013 the maestro has directed the National Youth Orchestra of the USA and regularly appears with the youth orchestras of the Schleswig-Holstein Festival, the Verbier Festival and the Pacific Ocean Music Festival in Sapporo. Since 2015 the Mariinsky Theatre has run the Mariinsky NEXT annual festival, which features children's and youth orchestras of St Petersburg.

Gergiev’s artistic achievements have brought him numerous titles and awards. These include the title of People’s Artist of Russia (1996), three State Prizes of Russia (1993, 1998 and 2015), the Order of Alexander Nevsky (2016), government awards from Germany (Cross of the First Class “For Services”), Italy (Grand’ufficiale dell’Ordine al merito), France (Ordre des Arts et des Lettres), the Netherlands (Knight of the Order of the Dutch Lion), Japan (Order of the Rising Sun), the honorary title of UNESCO Artist of the World, the Swedish Royal Academy of Music’s Polar Music Prize and Europe’s Glashütte Original Music Festival Prize in 2010 for his support of talented young musicians. That same year, Gergiev was elected Dean of the Faculty of Arts of the St Petersburg State University. He also joined the Council for Culture and the Arts of the Russian President and headed the organisational committee of the International Tchaikovsky Competition. In November 2011 France’s respected Classica magazine named him “Artist of the Year”. In 2012 he was awarded the titles of Honorary Doctor of the Moscow State University and Honorary Professor of the St Petersburg Conservatoire, while one year before that the maestro became Honorary President of the Edinburgh International Festival. On 1 May 2013 Russian President Vladimir Putin awarded maestro Gergiev the first title of Hero of Labour of Russia. 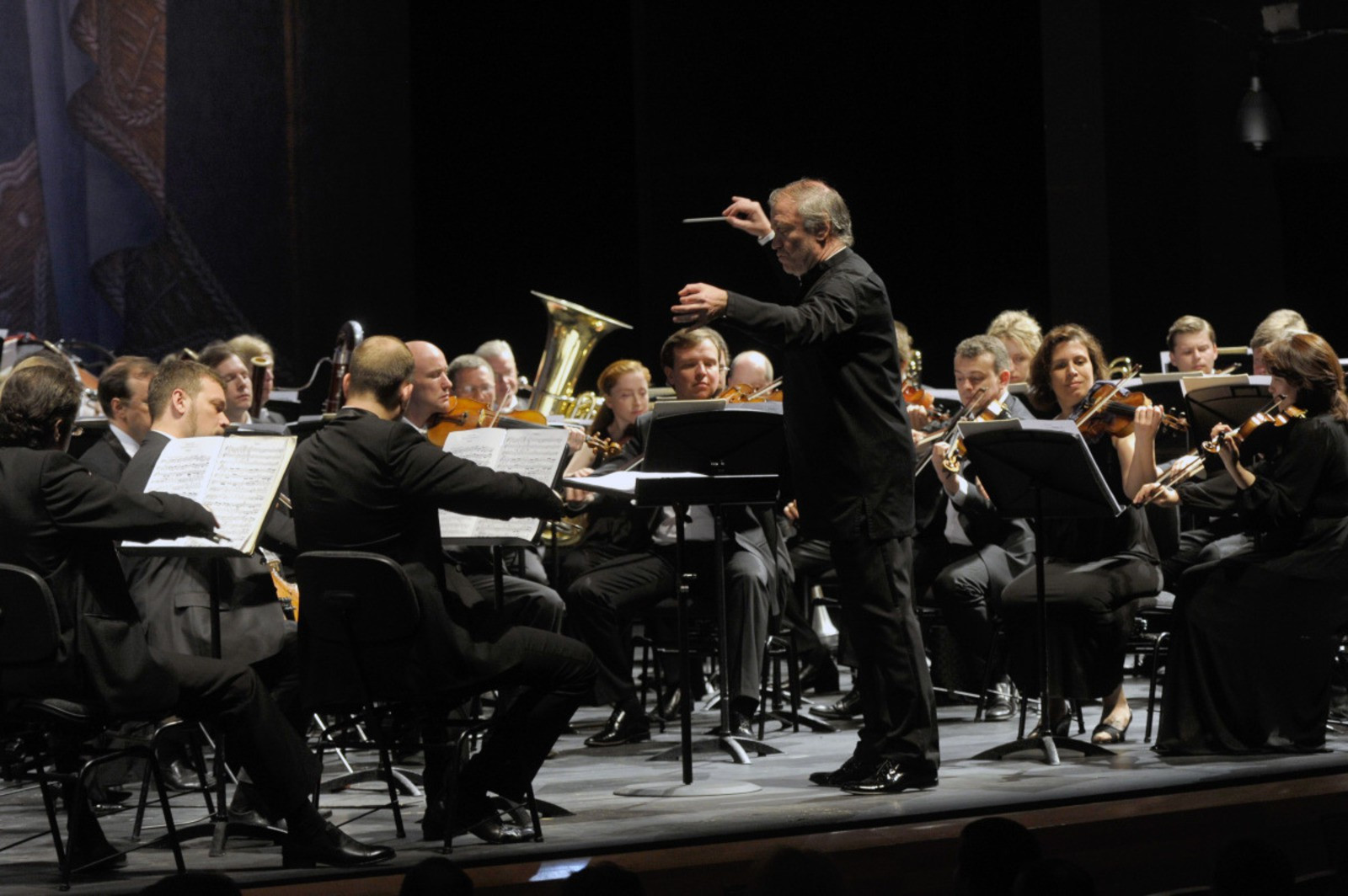 Critical superlatives and audience ovations have continuously followed Yuja Wang’s dazzling career. The Beijing-born pianist, celebrated for her charismatic artistry and captivating stage presence, is set to achieve new heights during the 2019/20 season, which features recitals, concert series, as well as season residencies, and extensive tours with some of the world’s most venerated ensembles and conductors.

Season highlights include Yuja’s year-long “Artist Spotlight” at the Barbican Centre, where she curates and performs in four distinct events: the first London performance of John Adams’ newest piano concerto (premiered by her in Spring 2019) titled Must the Devil Have All the Good Tunes? with the Los Angeles Philharmonic and Gustavo Dudamel, which they take to Boston and New York City; recitals featuring cellist Gautier Capuçon and clarinetist Andreas Ottensamer; and she concludes the residency with a solo recital.

In autumn of 2019, she tours China with the Vienna Philharmonic, presenting concerts in Macao, Guangzhou, Shanghai, and Wuhan. The beginning of 2020 sees Yuja and Gautier Capuçon reuniting for a recital tour featuring eleven dates presented in Europe’s premiere venues, including the Philharmonie de Paris and the Wiener Konzerthaus. She then embarks on an extensive solo recital tour, appearing in renowned concert halls throughout North America and Europe, including Carnegie Hall, Davies Symphony Hall, and the Het Concertgebouw, running from February to April.

Yuja received advanced training in Canada and at Philadelphia’s Curtis Institute of Music under Gary Graffman. Her international breakthrough came in 2007 when she replaced Martha Argerich as soloist with the Boston Symphony Orchestra. She later signed an exclusive contract with Deutsche Grammophon and has since established her place among the world’s leading artists, with a succession of critically acclaimed performances and recordings. 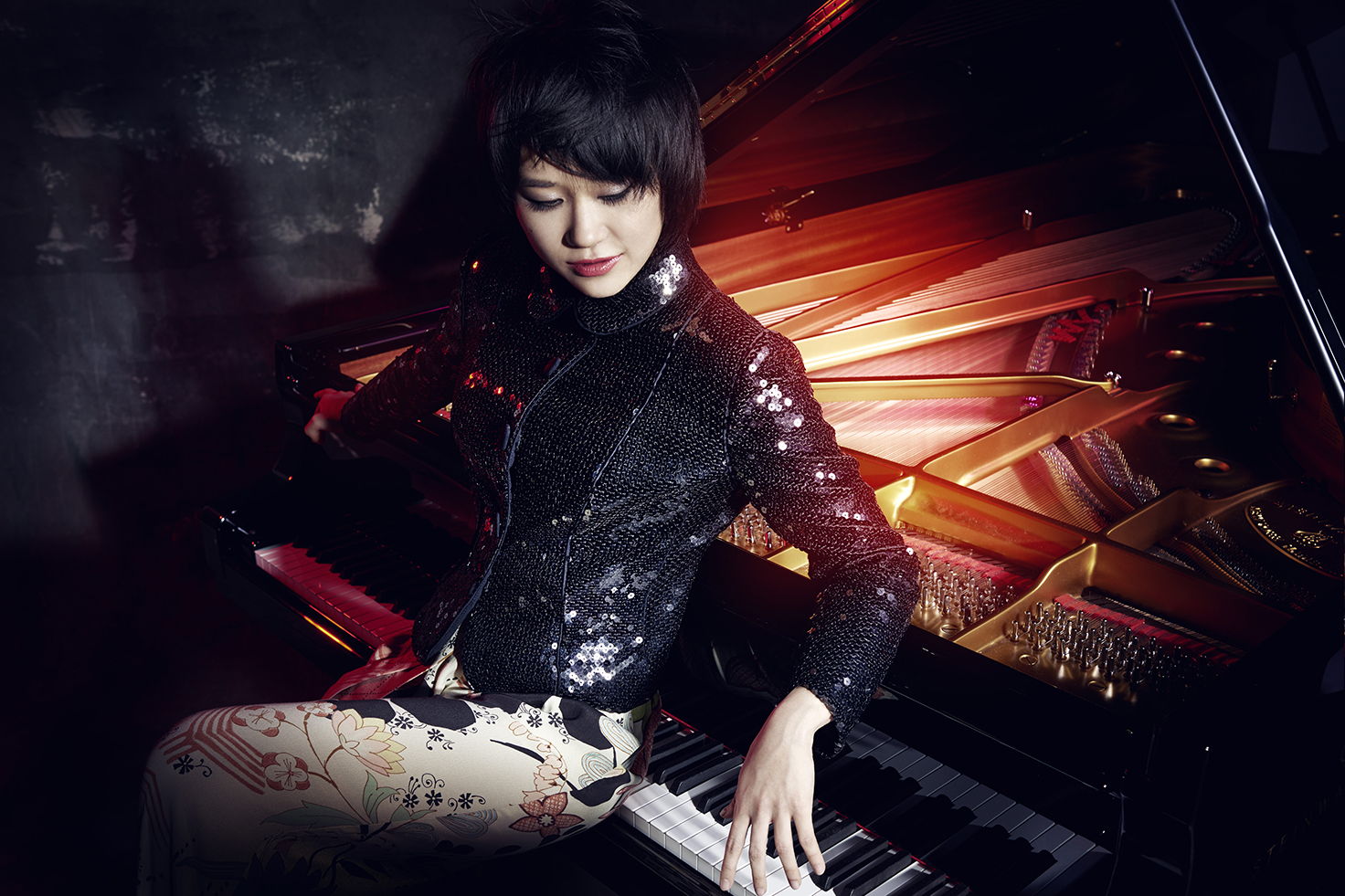