The Espace Louis Vuitton Tokyo is pleased to announce the presentation of New Ocean: thaw, an immersive installation by American artist Doug Aitken. This presentation, part of the Fondation Louis Vuitton’s “Hors-les-murs” programme showcasing previously unseen holdings of the Collection at the Espaces Louis Vuitton in Tokyo, Munich, Venice, Beijing and Seoul, carries out the Fondation’s intent to realize international projects and make them accessible to a broader public.

Doug Aitken initially studied magazine illustration; the video production that he developed beginning in the mid-1990s is largely inspired by pop imagery. Human figures, central of many of his short films and installations, contribute to the composition of a flow and of a broad setting. Landscape, another of the artist’s favourite subjects, tends towards a new kind of naturalism. Supported by his mastery of technology, entertainment and communication codes, Aitken’s work seeks to describe an ‘invisible landscape’: one profoundly affected by transits, magnetic variations, information and frequencies. 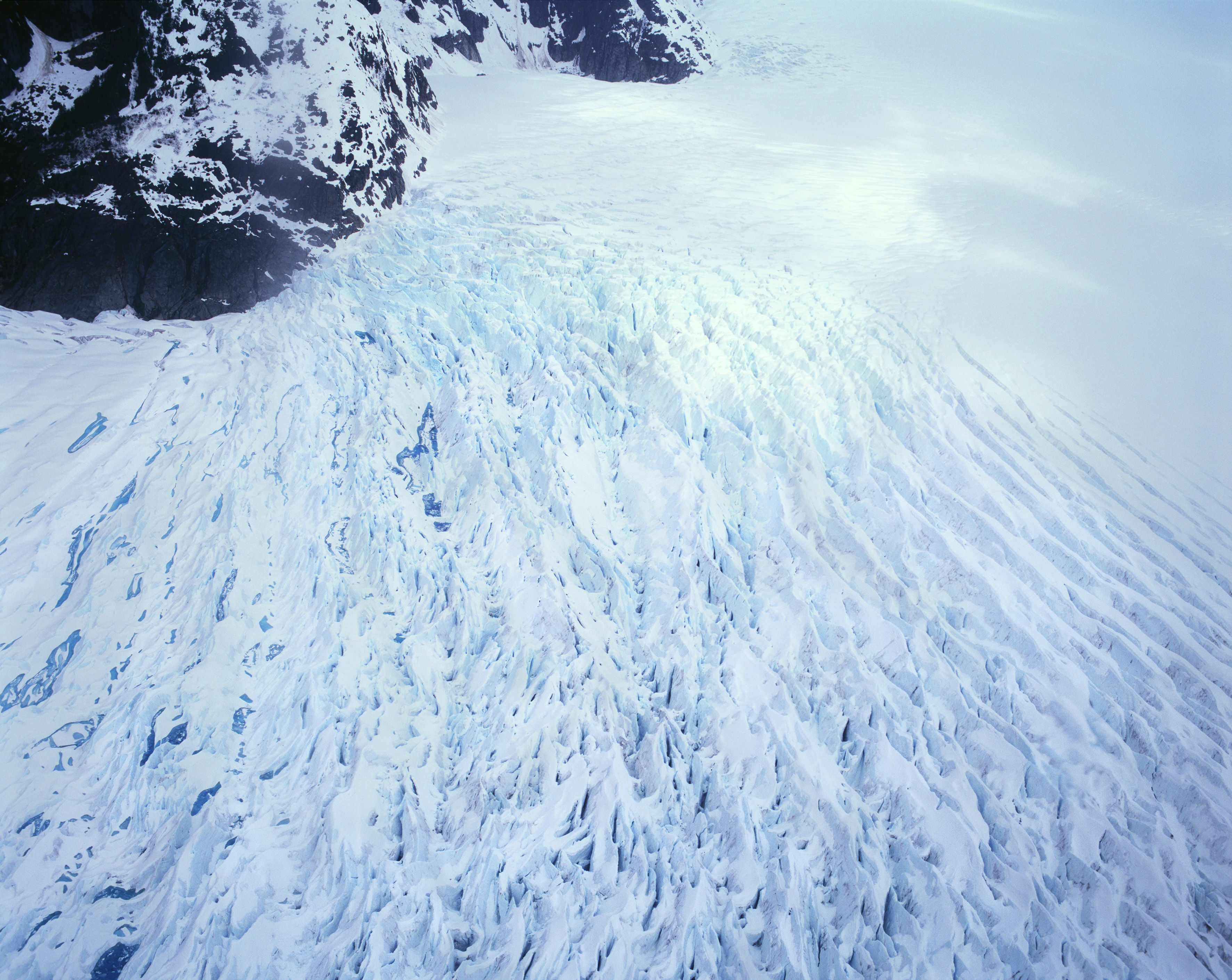 Courtesy of the artist © Doug Aitken 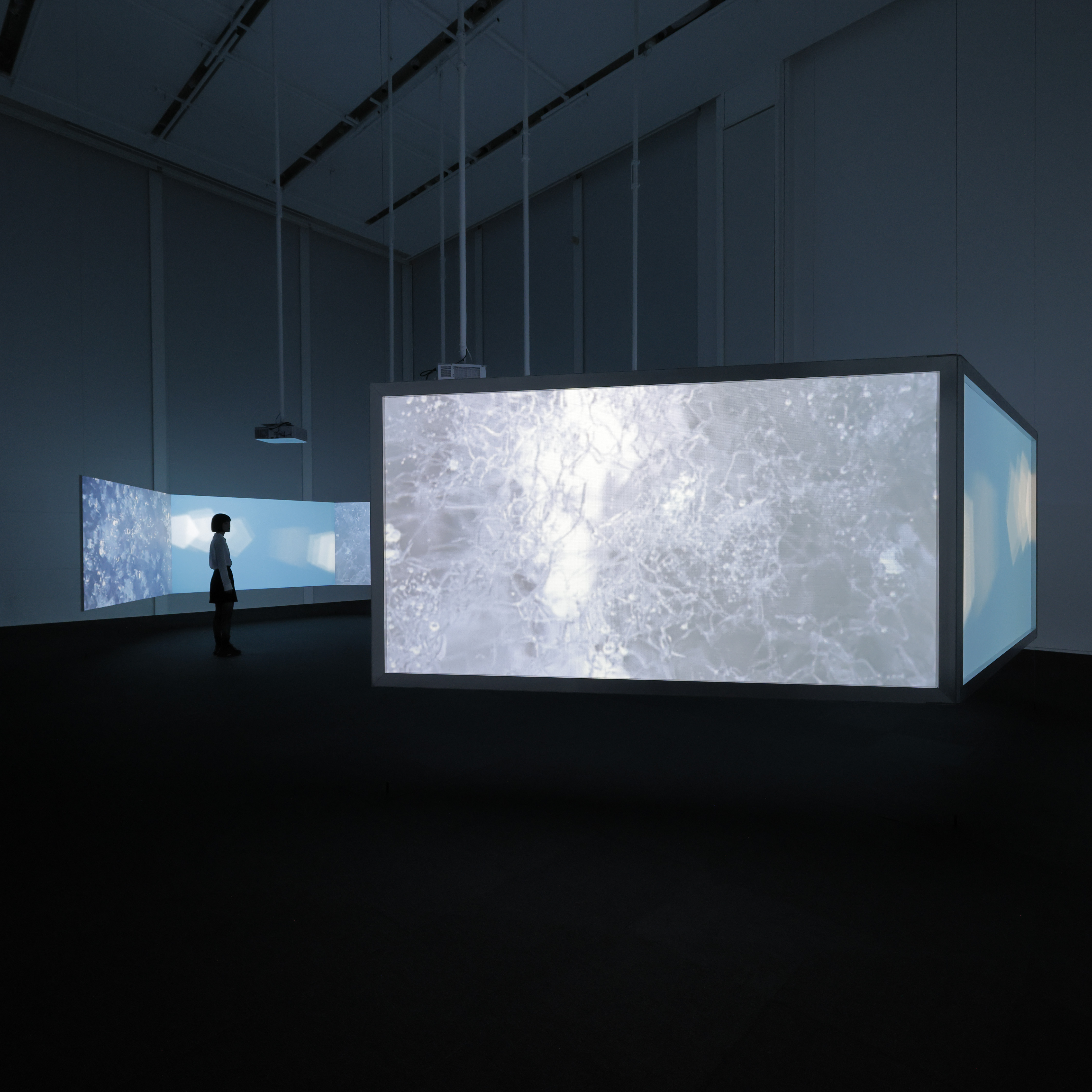 In New Ocean: thaw (2001), Doug Aitken offers a kaleidoscopic flurry of images on the brink of abstraction: views of Alaska, its sky, and its melting glaciers. The work, which nears romantic sentiment in its relation to the immensity of nature, reflects the 19th-century panorama through its projection format (a double installation of three screens practically forming a half-circle). However, it is at the dawn of the 21st century, marked by ecological catastrophes, that the artist is taking a new look at the poetry of vastness. Both a fixed image (ice) and a moving one (water), the work creates a friction, through the energy of continuous change and entropic transformations of the landscape. The sun is broken down and scattered in a chromatic distortion resulting light flares, while the sounds of the glacier are edited into a mix with electronic sounds. New Ocean: thaw is distinctly marked by the architecture of screens in our environment and, by editing and sound, the artist goes beyond a simple framework to address underlying perceptive notions. His films bear the traces of experimental 20th-century avant-garde filmmaking and the idea of a broader approach that goes beyond narration and representation. Aitken's images attain a near-physical sensory quality that exceed the boundaries of simple visual perception.

Doug Aitken was born in 1968 in Redondo Beach, California (USA). He studied at the Art Center College of Design (California, USA) and moved to New York in 1994. He now lives and works in Los Angeles.

Aitken’s body of work ranges from photography, sculpture, and architectural interventions, to films, sound, single and multi-channel video works, and installations. In his own words, “editing a film is like writing music. It really doesn’t have much to do with the images. The ultimate editing experience would be to eliminate the images and to simply see tones of flashing light. That is what editing produces: transitions and movements of light. It’s like wallpaper: the narration is rolled in moving light". By affirming the profoundly abstract nature of his work in this statement, Aitken emphasises the paradoxes of his craft.

His works have been featured in numerous exhibitions around the world, in such institutions as the Whitney Museum of American Art (New York, USA), the MoMA PS1 (New York, USA), the Vienna Secession (Austria), the Serpentine Gallery (London, United Kingdom), the Centre Georges Pompidou (Paris, France), the Kunsthalle Zurich (Switzerland) and the Musée d’Art moderne de Paris (France). He was awarded the International Prize at the Venice Biennale in 1999 for the installation electric earth. Aitken's accolades include the 2012 Nam June Paik Art Center Prize (Seoul, South Korea), the 2013 Smithsonian Magazine American Ingenuity Award in the Visual Arts category, the first Frontier Art Prize in 2017 and the 2019 Art Center College of Design Lifetime Achievement Award. 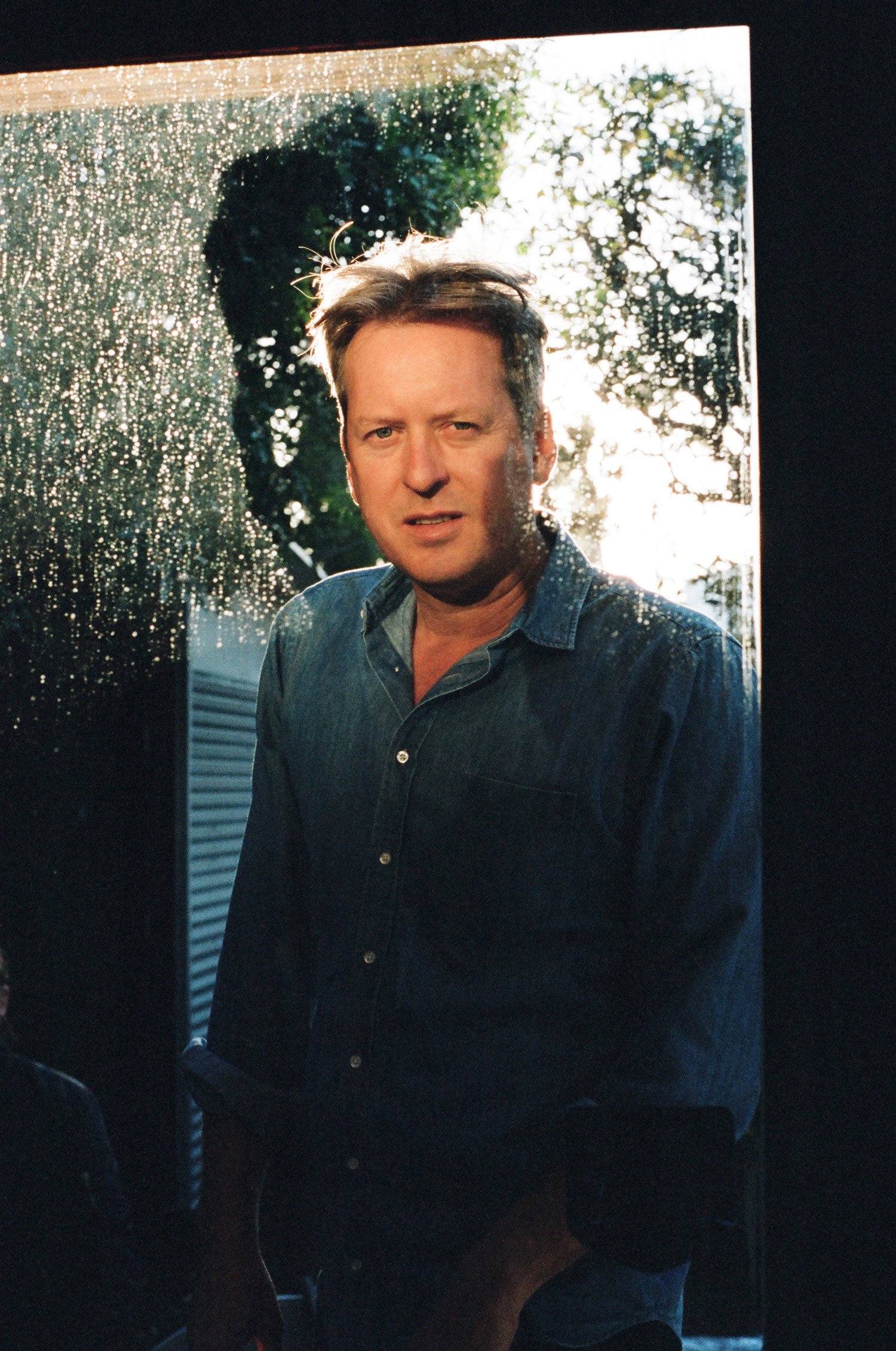