Concert in homage to Jean-Michel Basquiat

The conductor and composer Matthias Pintscher, along with Bryce Dessner and the soloists of the Ensemble Intercontemporain, will present a new programme inspired by the work and life of Jean-Michel Basquiat. An “oddly beautiful” musical journey, to quote Basquiat himself, featuring the premiere of a piece by Pintscher for three trumpets, along with works by John Cage, George Crumb, Yann Robin and Bryce Dessner.

It is not widely known that Basquiat was also a musician. In 1979 he formed a group, Gray (in reference to the famous textbook Gray’s Anatomy), which he described as a “noise band”. “I played with a file on a guitar and a synthesiser. At the time I was inspired by John Cage – music that isn’t really music. We were trying to be incomplete, abrasive, oddly beautiful".

“Oddly beautiful” is what characterises this programme conceived specially by Matthias Pintscher and the soloists of the Ensemble Intercontemporain to complement the Fondation Louis Vuitton’s major retrospective of the enfant terrible of the New York underground scene.

As Basquiat did with his work, George Crumb draws inspiration from a multitude of sources (spirituality, childhood, the contemporary world, etc.), working with unusual techniques, layering sounds and quotations. The same is true of the uncategorisable Bryce Dessner, who deliberately seeks “a certain naivety in his approach, always trying to create new experiences by merging different worlds in the score”. And the music of Yann Robin gives off a similar energy, powerful expression and “noise and abrasiveness” to Basquiat’s paintings.

Resonating with these composers, the programme opens with the world premiere of a work by Matthias Pintscher, commissioned by the Fondation Louis Vuitton. This short piece is inspired by the personality and works of Jean-Michel Basquiat.

“My thinking as a conductor is informed by the process of my own writing and vice versa of course.”

After studying music (piano, violin, percussion), Matthias Pintscher began his training in conducting with Peter Eötvös. In his early twenties, composing took a more prominent role in his life before he found a way to divide his time equally between the two disciplines, which he considers to be totally complementary.

Pintscher has been the musical director of the Ensemble Intercontemporain since September 2013.

He took over from Pierre Boulez as the principle conductor of the Orchestra of the Lucerne Festival Academy from 2016 to 2018. In September 2014, Pintscher joined the composition faculty at the Juilliard School in New York, and since 2011 he has curated the music segment of the Impuls Romantik Festival in Frankfurt.

Pintscher has composed many works for a wide variety of forms, from solo instrument to full orchestra. His compositions are performed by leading soloists, conductors, ensembles and orchestras (Chicago Symphony, Cleveland Orchestra, New York Philharmonic, Philadelphia Orchestra, Berlin Philharmonic, London Symphony and Orchestre de Paris among others). All his works are published by Bärenreiter-Verlag. Recordings can be found on Kairos, EMI, Alpha Classics, Teldec, Wergo, and Winter & Winter. 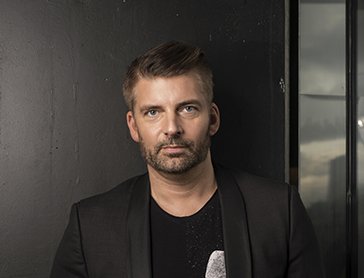 In 1976, Pierre Boulez founded the Ensemble Intercontemporain with the support of Michel Guy (then Minister of Culture) and the collaboration of Nicholas Snowman. The Ensemble’s 31 soloists share a passion for 20th and 21st century music. They are employed on permanent contract, enabling them to fulfil the major aims of the Ensemble: performance, creation and education.

New pieces are commissioned and performed on a regular basis, expanding the Ensemble’s repertoire.

In collaboration with IRCAM (Institut de Recherche et Coordination Acoustique/Musique), the Ensemble Intercontemporain is also active in the field of synthetic sound generation.

The Ensemble is internationally renowned for its strong emphasis on music education. This takes the form of concerts and training for young people, conductors and composers, as well as a diverse education outreach programme for the public.

A resident of the Philharmonie de Paris since it opened in January 2015 (after being a resident of the Cité de la Musique from 1995 to December 2014), the Ensemble performs and records in France and abroad, taking part in major festivals worldwide.

The Ensemble is financed by the Ministry of Culture and Communication and receives additional support from the Paris City Council. For its new commissions, the Ensemble Intercontemporain benefits from the support of the Fondation Meyer. 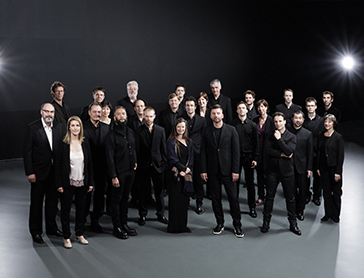