In conjunction with the #FLVfromhome programme, the Fondation invites you to look back on the concert of the grand jazz master, Ahmad Jamal, for a performance of his album Ballades at the Auditorium, on 3 July 2019.

Ahmad Jamal comes from the closely-knit club of the great masters of jazz. That is why, in the manner of Coltrane and Miles, he goes back to his past as a way to overcome it. This is the case here, with a duo and a few quartet pieces - with Herlin Riley (drums), James Cammack (double bass) & Manolo Badrena (percussion) - but above all a collection of several solo pieces. The music is art in its purest form, ranging from the iconic “Poinciana” to the symbolic “Marseille”. Ballades is a new masterpiece in this artist’s long and distinguished career.

Ahmad Jamal was born on July 2nd., 1930 in Pittsburgh, Pennsylvania, the home of many artists known around the world for their work and contributions to both European and American Classical Music (what Jamal prefers Jazz to be called).

He began playing the piano at the age of 3, the same age Erroll Garner started. They both attended the same elementary and high schools. Jamal started his formal studies with Mary Cardwell Dawson, noted educator, and the person responsible for placing the first African Americans in The Metropolitan Opera Company. When Madame Dawson moved to Washington, DC., he continued his studies with James Miller, a contemporary of Earl Wild, both Pittsburgh natives.

Jamal was composing and orchestrating when he was 10, and performing works by Franz Liszt and exploring the music of Duke Ellington, Art Tatum, Nat Cole, Erroll Garner, and a host of others, learning the repertoire that comprises the American Song Book. He became so proficient at amassing a huge repertoire that he was employed by Pittsburgh masters three and four times his age and joined the AFof M (American Federation of Musicians) at 14, the minimum age requirement at that time was 16.

He left home at the request of the George Hudson Orchestra at the age of 17, and began touring the country. The George Hudson Orchestra included Clark Terry and orchestrator Ernie Wilkins. The touring schedule included major theaters throughout the United States. Notably, the historic Apollo Theater in NYC, and The Howard Theater in Washington, DC. Jamal arrived at The Apollo with the orchestra when he was only 18.

He formed his own group in 1951 and with the help of John Hammond started his recording career with Okeh Records. That career has continued for over six decades and has resulted in one of the most successful recordings in the history of Instrumental music. "The Ahmad Jamal Trio, at The Pershing". Used by Clint Eastwood in "The Bridges Of Madison County" and featured prominently in "The Wolf Of Wall Street". It is also used in dance companies all over the world, and continues to make musical history.

His career spans many eras of The Art Form, big band, the Parker / Gillespie era, the electronic age, etc. and is one of the most sampled composers and recording artists in the world. He is still recording and producing young artists.

Ahmad Jamal has been a Steinway Artist for over a half century. 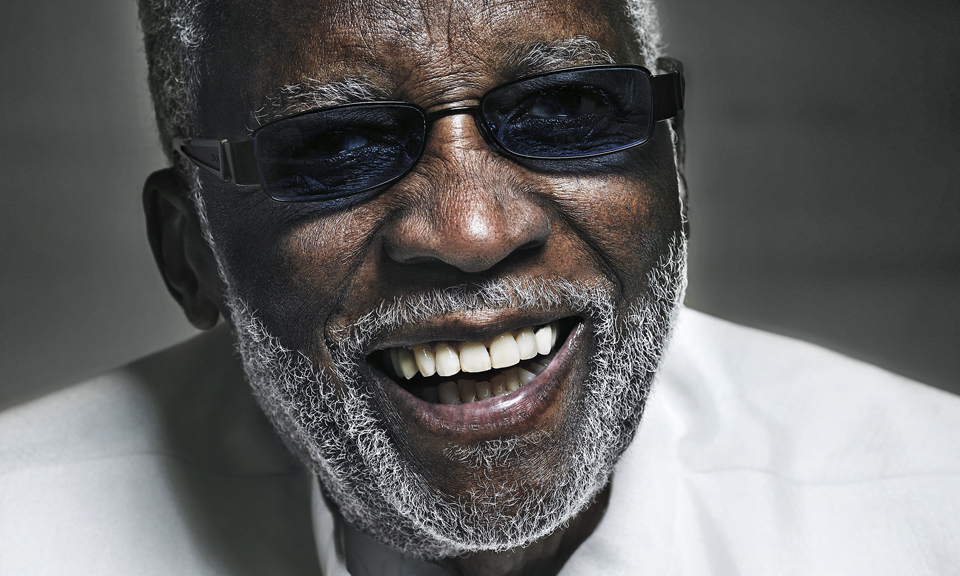