For its second exhibition, the Espace Louis Vuitton Osaka presents Abstrakt, a show dedicated to German artist Gerhard Richter. The works, selected from the Collection, are presented within the Fondation Louis Vuitton’s “Hors-les-murs” programme which unfolds at the Espaces Louis Vuitton in Tokyo, Munich, Venice, Beijing, Seoul and Osaka, carrying out the Fondation’s mission to reach a broader public through exclusive international projects.

Gerhard Richter was born in Neustadt, near Dresden, a part of the former German Democratic Republic. He grew up and lived through World War II in Reichenau (now Bogatynia, a part of Poland) and then moved to Waltersdorf near the Czech border. After working as a theatre painter, he began attending the Hochschule für Bildende Künste in Dresden in 1951. There, he received a very academic education under the control of the cultural authorities of the time. Specialising in mural painting (for which he received several orders), he finished his training in 1956 and fled East Germany five years later for Düsseldorf. While studying there under abstract painter Karl Otto Götz at Kunstakademie, he struck up a friendship with Sigmar Polke and Konrad Lueg, with whom he organised a first exhibition at an abandoned store in 1963. That was followed up by a second show, Living with Pop: A Demonstration for Capitalist Realism. 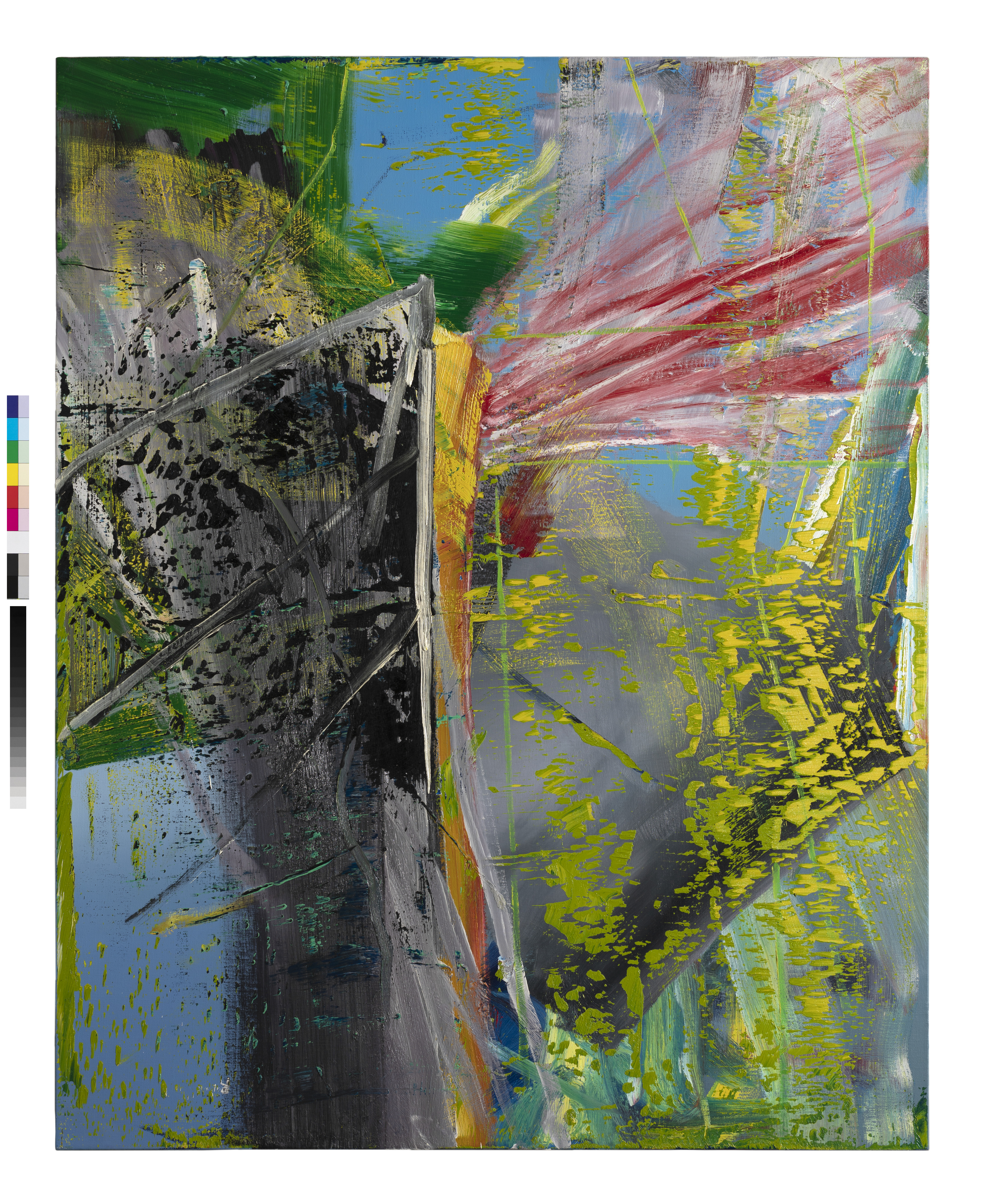 Richter took on photography in the early 1960s and began using it to question painting and the purpose of art in the spirit of Capitalist Realism that he asserted in his initial exhibitions. The experience of WWII left an impression on him, and photography seemed to offer the necessary distance to address subjects where politics and history have a direct effect on the personal sphere. Throughout his career he has copied photographs from magazines and newspapers, as well as his own photographs, including images of his loved ones and family photos. In parallel, he has developed a form of abstraction mingling colourful grids, action painting and monochromes.

His first abstract works date back to the mid-1960s, and he continues to alternate them with figurative pieces to this day. Until 1971, his use of colour was rare or discreet; but beginning in 1979, it became generous, striking, and obviously driven by a pleasure principle that emerged more clearly throughout the 1980s. He has also developed various textures using a variety of tools (paint brushes, spatulas and brushes of different sizes). While this gives off a first impression of profusion, it doesn’t take long to identify the rigorous structure in each one. For example, in Möhre [Carrot] (1984), the composition revolves around a central axis delineated by a bright yellow line underscored in grey. Surrounding it are three chromatic zones (grey, red and yellow), each with its own distinctive texture.

Richter actively revisits his early career, as well as – and not without ironic distance – the history of painting, romantic and sublime themes, and geometrical and lyrical abstraction. More than a parallel approach, the coexistence between figuration and abstraction he cherishes emerges as a mise en abyme. Material depth reverberates through the scratched surface and photographed elements glimpsed through transparent layers, while mental depth is materialised through titles that suggest atmospheres, natural elements or first names. Far from being simplistic and conceptual, this research of a lifetime reaches its extreme in its hesitation between erasure and unveiling.

For the Espace Louis Vuitton Osaka, the Fondation Louis Vuitton has specifically chosen 18 abstract pieces by Richter from the Collection, retracing more than 30 years of creation. Two of these artworks, 940-4 Abstraktes Bild and 941-7 Abstraktes Bild (2015), are presented for the first time. This exhibition thus pays tribute to one of the most prolific and iconic painters of our contemporary era.

Initially working in the academic tradition taught at Dresden Art Academy (in East Germany at that time), Gerhard Richter took up photography in the early 1960s, continuing on from the "capitalist realism" of his early works, reflecting upon painting and the purpose of art.

Marked by the experience of the war years, he found in this medium a critical distance from which to approach subjects in which politics and history are closely linked to the personal realm. Throughout his career, Richter has reproduced magazine and newspaper photographs as well as his own photographs of friends and family. At the same time he has developed a form of abstraction using coloured lines, gestural abstraction and monochrome. In this way, Richter revisits – not without an ironic distance – the history of painting, romantic and sublime themes, and geometric and lyrical abstraction. More than a parallelism, this coexistence between figuration and abstraction is like a mise en abyme, echoing the material depth of the “scratched” surface and of photographic elements perceived through other layers, or the mental depth in form of certain titles that refer to atmospheres, natural elements or people’s names. Rather than being reductive and conceptual, this lifetime’s research is radical in the way it hesitates between erasing and revealing. 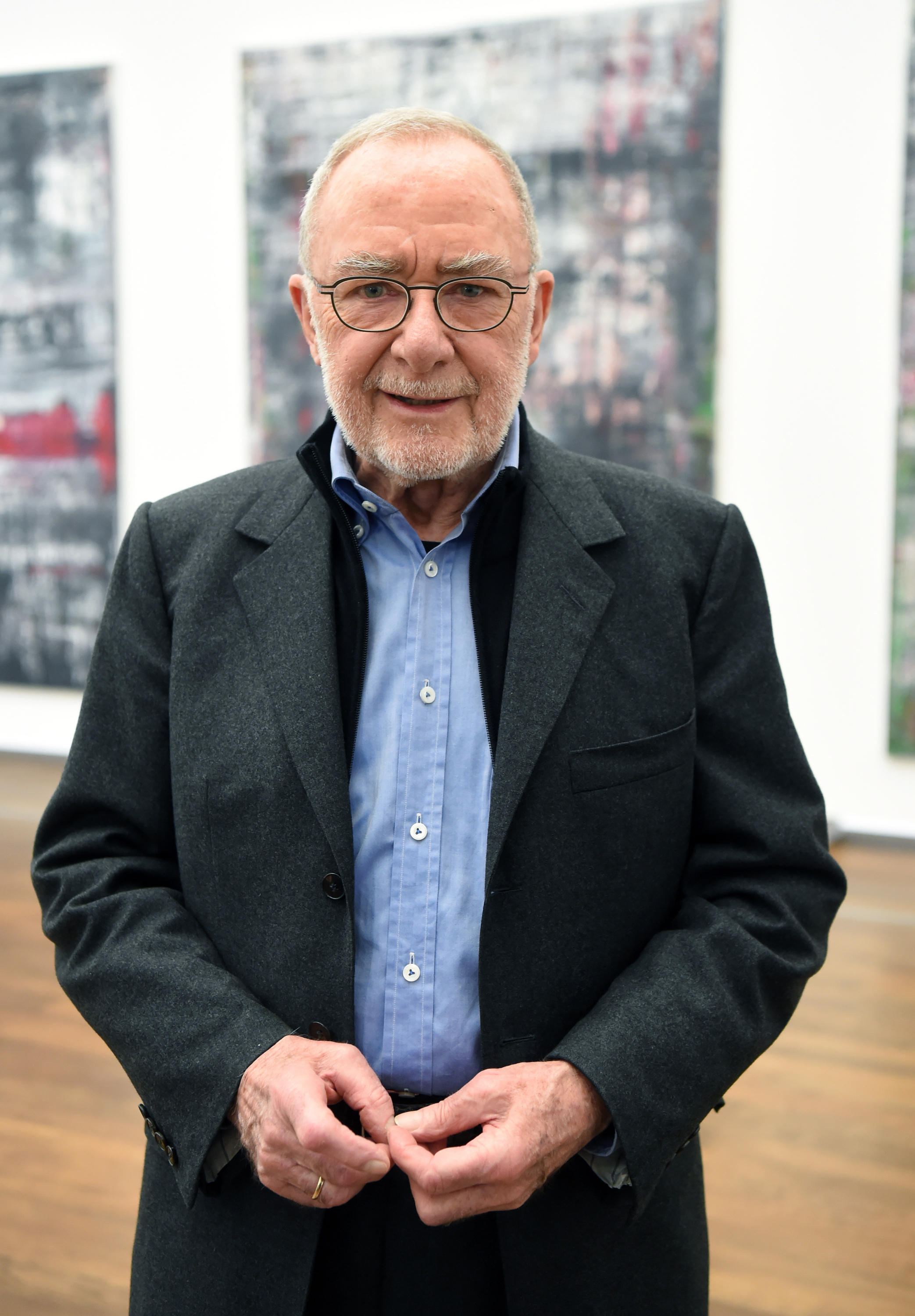