Renaud Capuçon is one of the most renowned violinists of our time, enjoying a dazzling career worldwide as a virtuoso in the company of the greatest musicians. Five years after performing an unforgettable programme devoted to Mozart and Strauss with the Chamber Orchestra of Europe, he is returning to the Fondation Louis Vuitton Auditorium for a solo violin recital.

For this concert, he will play two exceptional violins: the 1727 Stradivarius “Le Reynier” and the 1737 Guarneri de Gesu “Panette”. Only an artist of his calibre could highlight and convey the great singularities of these two rare instruments, which called for a programme of great note, and one composer was the clear choice: Johann Sebastian Bach, the immortal cantor who, with his Sonatas and Partitas for Solo Violin, gave this instrument the most difficult and sublime solo exercises of the entire classical repertoire.

Born in Chambéry, France, in 1976, Renaud Capuçon studied at the Paris Conservatory under Gérard Poulet and Veda Reynolds, and then under Thomas Brandis in Berlin and Isaac Stern. In 1998 he was appointed Concertmaster of the Gustav Mahler Jugendorchester by Claudio Abbado, where he blossomed under the experienced batons of Pierre Boulez, Seiji Ozawa, Daniel Barenboim and Franz Welser-Moest. He was named a Rising Star and New Talent of the Year at the Victoires de la Musique Awards in 2000, and Instrumental Soloist of the Year in 2005.  In 2006, the Sacem French composers’ association presented him with the Georges Enesco Award.

Renaud Capuçon was born in Chambéry in 1976 and began his studies at the Conservatoire National Supérieur de Musique de Paris at the age of 14, winning numerous awards during his five years there. Following this, Capuçon moved to Berlin to study with Thomas Brandis and Isaac Stern and was awarded the Prize of the Berliner Akademie der Künste. In 1997, he was invited by Claudio Abbado to become Concertmaster of the Gustav Mahler Jugendorchester, which he led for three summers, working with conductors such as Pierre Boulez, Seiji Ozawa, Franz Welser-Möst and Claudio Abbado.

A great commitment to chamber music has led him to collaborations with Martha Argerich, Nicholas Angelich, Daniel Barenboim, Yuri Bashmet, Yefim Bronfman, Khatia Buniatishvili, Hélène Grimaud, Clemens Hagen, Maria João Pires, Daniil Trifonov, Yo-Yo Ma and Yuja Wang, as well as with his brother, cellist Gautier Capuçon. This passion has led him to play at festivals in Berlin, Lucerne, Verbier, Aix-en-Provence, La Roque d’Anthéron, San Sebastián, Stresa, Salzbourg, Édimbourg and Tanglewood. Mr Capuçon has also represented France at some of the world’s most prestigious international events: he has performed with Yo-Yo Ma beneath the Arc de Triomphe for the official commemoration of Armistice Day in the presence of more than 80 heads of state, and played for world leaders at the G7 Summit in Biarritz.

Mr Capuçon is the Artistic Director of two festivals, the Sommets Musicaux de Gstaad, since 2016, and the Festival de Pâques in Aix-en-Provence, which he founded in 2013. As of the 2021/22 season, Mr Capuçon is also the Artistic Director of the Orchestre de Chambre de Lausanne; his first set of recordings with the Tabula Rasa ensemble is an album devoted to the music of Arvo Pärt, released in September 2021.

Mr Capuçon has built an extensive discography and records exclusively with Erato/Warner Classics. Recent releases include a recording of Bach sonatas with David Fray, Dvořák and Tchaikovsky trios with Lahav Shani and Kian Soltani live from the Aix-en-Provence Festival, Bartók’s two violin concerti with the London Symphony Orchestra and François-Xavier Roth, a CD of Brahms and Berg with the Wiener Philharmoniker and Daniel Harding and chamber music from Debussy. His recording Au Cinema, featuring much-loved selections from film scores, was released in October 2018. His latest album Un violin à Paris, recorded with pianist Guillaume Bellom and released in November 2021, features a large range of shorter works arranged for violin and piano.

In 2017, Mr Capuçon founded a new ensemble, the Lausanne Soloists, comprised of current and former students of the Haute École de Musique de Lausanne, where he has held a professorship since 2014. He plays the Guarneri del Gesù ‘Panette’ (1737), which belonged to Isaac Stern. In June 2011, he was appointed Chevalier dans l’Ordre National du Mérite and, in March 2016, Chevalier de la Légion d’Honneur by the French Government. 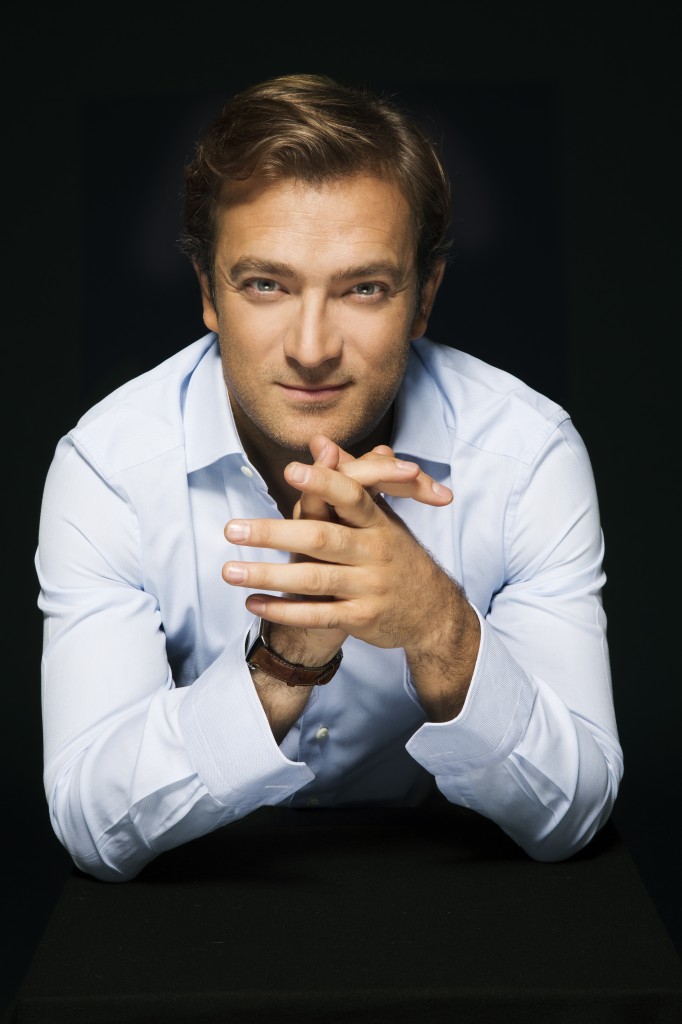 Jean-Sébastien Bach
Selection of Sonatas and Partitas for Solo Violin