Sir András Schiff was born in Budapest in 1953. He received his first piano lessons at the age of five by Elisabeth Vadász. He later continued his studies at the Franz Liszt Academy in Budapest with Prof. Pál Kadosa, György Kurtág and Ferenc Rados and with George Malcolm in London.

Piano recitals are an important part of his activity, especially the cyclical performances of the piano works of Bach, Haydn, Mozart, Beethoven, Schubert, Chopin, Schumann and Bartók. Since 2004, Sir András Schiff has performed the complete cycle of Ludwig van Beethoven's piano sonatas in chronological order in more than 20 cities. Their live recordings from the Zurich Tonhalle on CD (ECM) received the highest awards.

For his recording "Ghost Variations" with works by Robert Schumann (ECM), Sir András Schiff received the International Classical Music Award 2012 in the category "Solo Instrument. Recording of the year". A duo CD together with his wife Yuuko Shiokawa (violin) with works by J.S. Bach, F. Busoni and L. van Beethoven was released in autumn 2017 and a recording with piano works by F. Schubert in 2019. His most recent recordings are from the last two years: A chamber music edition in collaboration with clarinettist and composer Jörg Widmann includes the two clarinet sonatas op. 120 by J. Brahms as well as the Intermezzi for piano composed by J. Widmann and dedicated to Sir András Schiff. The latest recording with a recording of the two piano concertos by J. Brahms on a Blüthner piano with the Orchestra of the Age of Enlightenment was released in 2021.

Sir András Schiff performs with most of the internationally important orchestras and conductors. One of his main focuses is on performances of the piano concertos of Bach, Mozart and Beethoven under his direction. In 1999 he founded his own chamber orchestra, the "Cappella Andrea Barca", which he works with closely as conductor and soloist, as he does with the Chamber Orchestra of Europe.

Sir András Schiff has been a passionate chamber musician since his early youth. From 1989 to 1998 he directed the Musiktage Mondsee, a chamber music festival that received high international recognition. Together with Heinz Holliger, he held the artistic direction of the Ittinger Pfingstkonzerte at Kartause Ittingen, Switzerland, from 1995 to 2013. Since 1998, the concert series "Omaggio a Palladio" has been held at the Teatro Olimpico in Vicenza under the direction of Sir András Schiff.

Sir András Schiff has been awarded several international prizes. He was recognised for his exceptional standing as a Beethoven interpreter in June 2006 by being elected an honorary member of the Beethoven-Haus Bonn. In September 2008 Sir András Schiff received the Wigmore Hall Medal for his 30 years of musical activity. Sir András Schiff is also the recipient of the 2011 Robert Schumann Prize of the City of Zwickau. In January 2012, the artist was awarded the Golden Mozart Medal of the International Mozarteum Foundation. The following June, he received the "Order pour le mérite for Sciences and Arts". In the same year he was appointed as an honorary member of the Wiener Konzerthaus and as a "Special Supernumerary Fellow of Balliol College" (Oxford, UK).

Sir András Schiff was awarded the Grosse Verdienstkreuz mit Stern of the Federal Republic of Germany in 2012. In December 2013, he received the Gold Medal of the Royal Philharmonic Society in London for his outstanding musical work, the highest award of this society. In July 2014, he was awarded an honorary doctorate by the University of Leeds and in March 2018 by His Royal Highness Prince Charles as President of the Royal College of Music.

In spring 2011, Sir András Schiff caused a stir when he publicly took a stand against the alarming political developments in Hungary.

In June 2014, he was was appointed Knight Bachelor by Queen Elizabeth II for his services to music. Since December 2014, Sir András Schiff has been an honorary citizen of the city of Vicenza.

In 2017 his book “Music Comes from Silence”, essays and conversations with Martin Meyer, was published by Bärenreiter and Henschel. As a result of attacks by Hungarian nationalists, Sir András Schiff decided not to give concerts in his home country anymore. 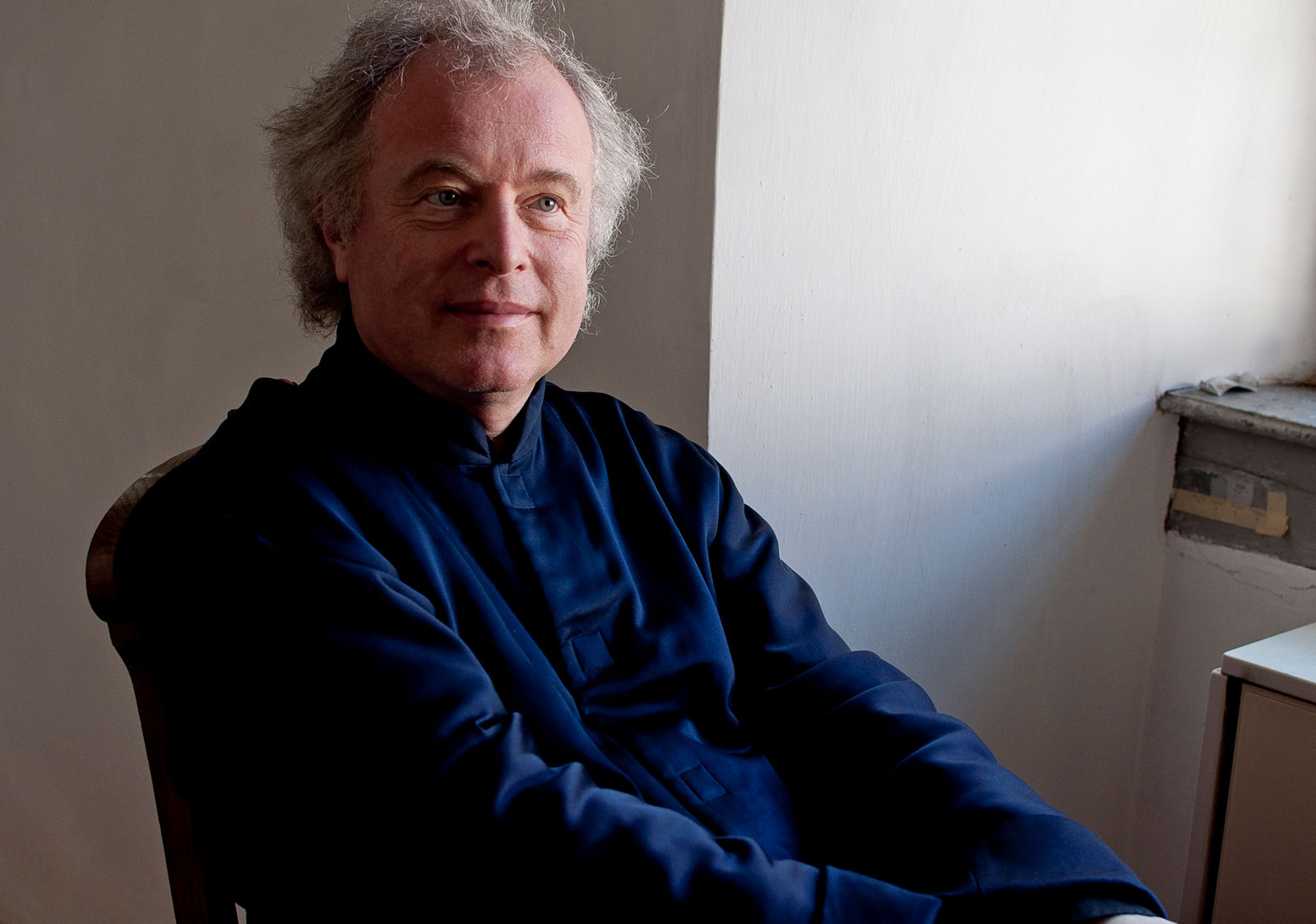 The Chamber Orchestra of Europe (COE) was founded in 1981 by a group of young musicians who became acquainted as part of the European Union Youth Orchestra. There are now about 60 members of the COE, who pursue parallel careers as principals or section leaders at nationally-based orchestra, eminent chamber musicians, and as tutors of music.

From the start, the COE’s identity was shaped by its partnerships with leading conductors and soloists. It was Claudio Abbado above all who served as an important mentor in the early years. He led the COE in such stage works as Rossini’s Il viaggio  a Reims and Il barbiere di Siviglia and Mozart’s Figaro  and  Don Giovanni  and conducted numerous concerts featuring works by Schubert and Brahms in particular. Nikolaus Harnoncourt also had a major influence on the development of the COE through his performances and recordings of all of the Beethoven symphonies, as well as through opera productions at the Salzburg, Vienna, and styriarte festivals.

Currently the orchestra works closely with Bernard Haitink, Sir András Schiff, and Yannick Nézet-Séguin. The COE has strong links to the Lucerne Festival and many of the major concert halls in Europe including the Philharmonie de Paris and the Concertgebouw in Amsterdam. The 2018-19 season will see the COE perform with some of the world’s most renowned conductors and soloists including Robin Ticciati, Antonio Pappano, Andres Orozco-Estrada, Leonidas Kavakos, Janine Jansen, Vilde Frang, Nikolaj Znaider and Piere-Laurent Aimard.

With more than 250 works in its discography, the COE’s CDs have won numerous international prizes, including two Grammys and three Gramophone Record of the Year Awards by Gramophone magazine, who recently nominated the COE for their new Orchestra of the Year Award. Their most recent releases include Visions of Prokofiev  with Lisa Batiashvili and Mozart’s  La Clemenza di Tito, both conducted by Yannick Nézet-Séguin.

The COE is a private orchestra which receives invaluable financial support from The Gatsby Charitable Foundation and a number of Friends including Dasha Shenkman, the Sir Siegmund Warburg Voluntary Settlement, Rupert Hughes Will Trust, 35th Anniversary Friends, American Friends  and The Underwood Trust. 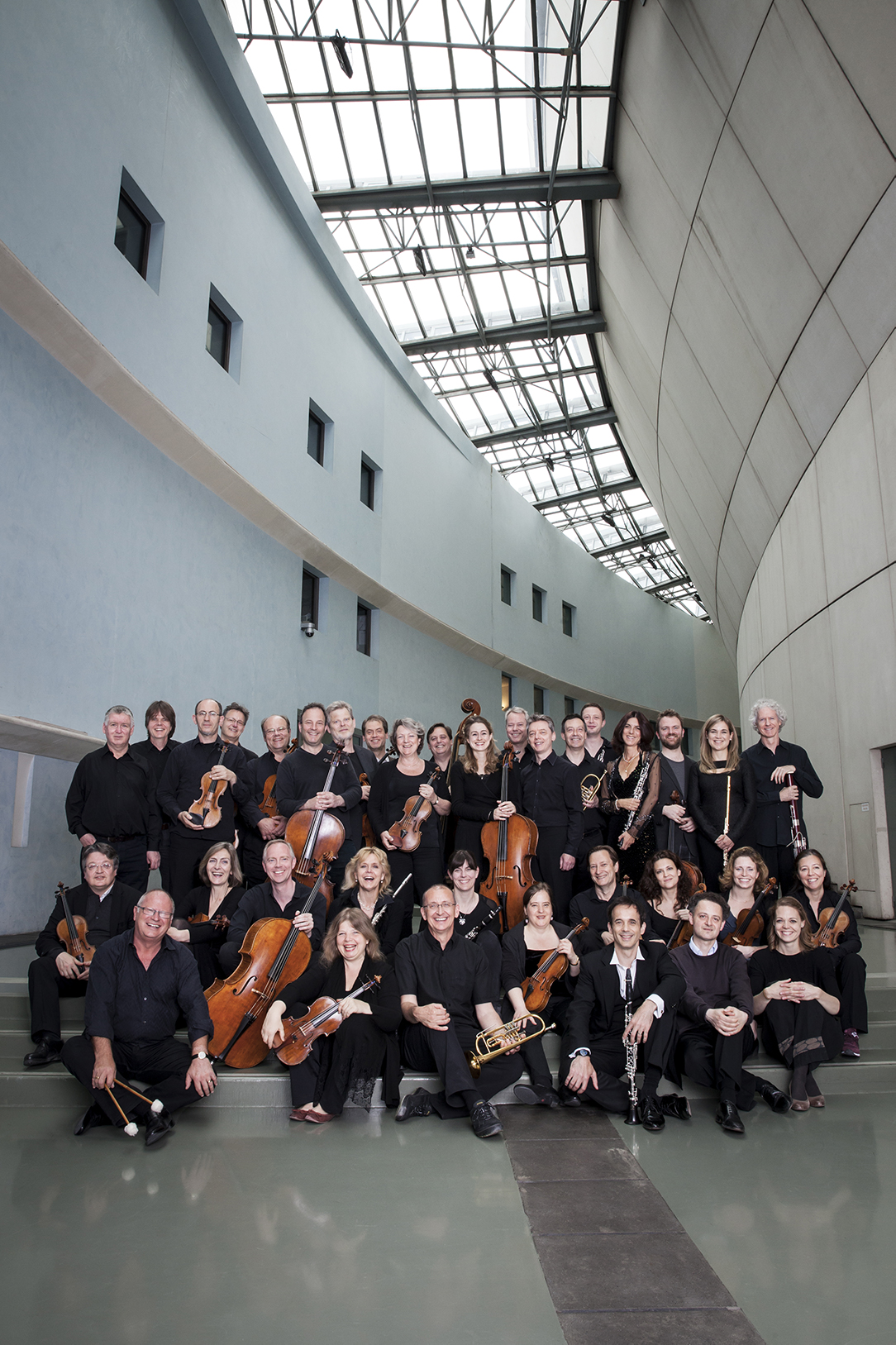