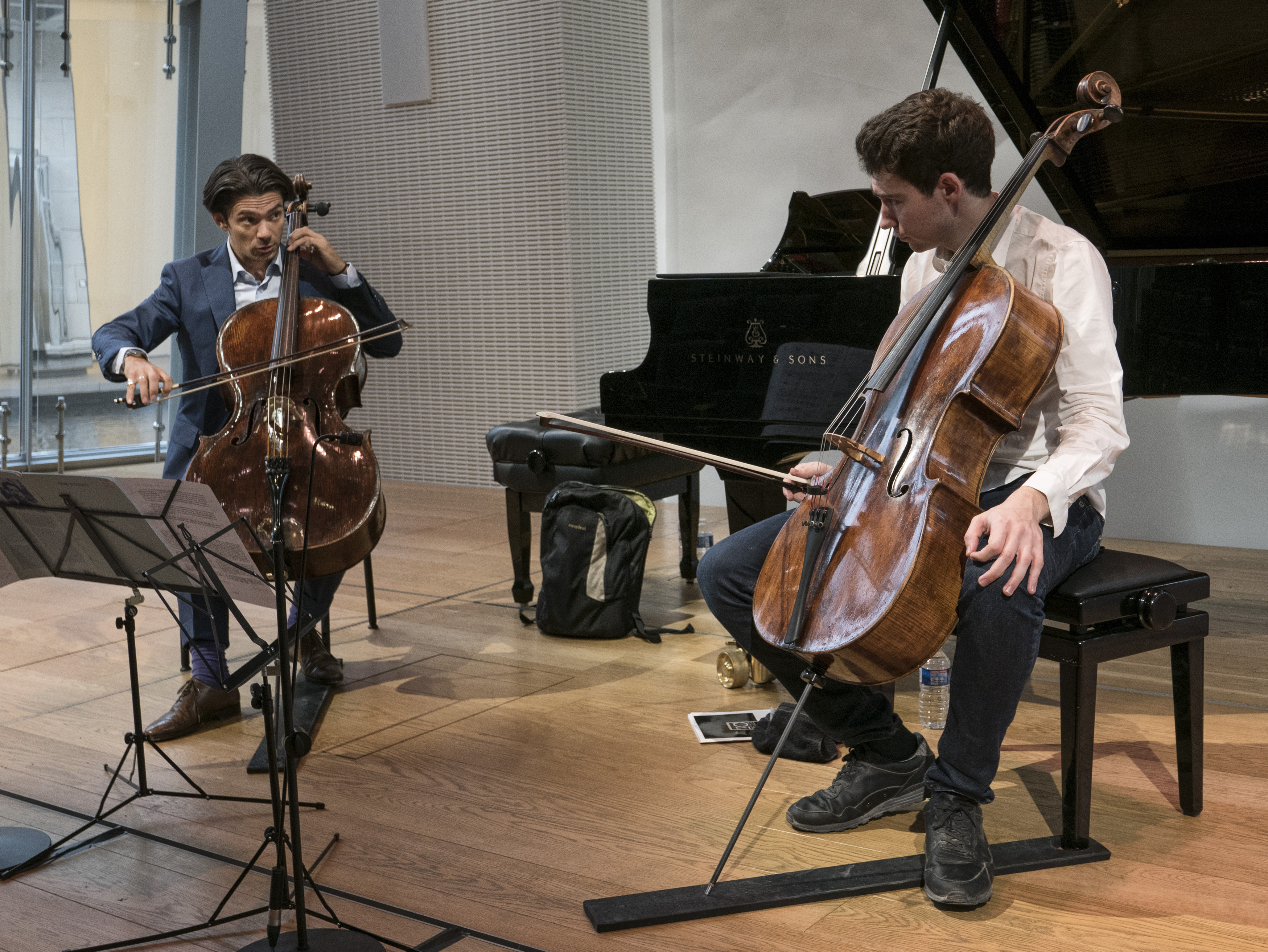 From 2014 to 2022, the Classe d'Excellence de Violoncelle de Gautier Capuçon has taken place in the Auditorium of the Fondation. This project, created and directed by Gautier Capuçon, was designed to promote six young and talented cellists from around the world. Selected by audition, the laureates met each month for public work sessions and concerts.

As part of the Fondation’s mission to promote artistic creation in all its different forms and media, the “Classe d’Excellence de Violoncelle” aimed to expose its participants to a wide array of genres; to encourage dialogue and encounters with guest speakers from different cultures and nationalities; and to bring awareness to a wide range of different styles and projects. During their time at the Fondation, spent alongside great artists and talented professionals, participants had the singular opportunity to develop their individual projects, to explore and appreciate the subtleties of a career as a performing artist, and to be exposed to new musical and otherwise artistic perspectives.

Gautier Capuçon is a true 21st century ambassador for the cello. Performing internationally with many of the world’s foremost conductors and instrumentalists, he is also a passionate ambassador for the Orchestre à l'École Association which brings classical music to more than 40,000 school children across France. In January 2022 Gautier Capuçon launched his own Foundation to support young and talented musicians at the beginning of their career and increasing his commitment to young artists. A multiple award winner, he is acclaimed for his expressive musicianship, exuberant virtuosity, and for the deep sonority of his 1701 Matteo Goffriller cello “L’Ambassadeur”.

In summer 2020, mid-pandemic, Capuçon brought music directly into the lives of families across the length and breadth of France, free of charge, during his musical odyssey ‘Un été en France’. During July 2022, for the third edition of this project, he performs 15 concerts across the nation including Autun, Clairveaux, Eauz, and his hometown of Chambéry. He also showcases 14 young musicians and 8 young dancers within his concert presentations.

Recording exclusively for Erato (Warner Classics), Capuçon has won multiple awards and holds an extensive discography. His latest album Sensations is due to be released in Autumn 2022, exploring short pieces from a range of different genres. His album of romantic works by Brahms and Rachmaninoff in collaboration with Andreas Ottensammer and Yuja Wang is also released in Autumn 2022 by Deutsche Grammophon. 2020’s Warner Classics album Emotions features music from composers such as Debussy, Schubert and Elgar and has achieved gold status in France, remaining at Number 1 in the charts for over 30 weeks and selling more than 110,000 copies. Earlier recordings include concertos by Shostakovich (Mariinsky Orchestra with Valery Gergiev) and Saint-Saëns (Orchestre Philharmonique de Radio France with Lionel Bringuier); the complete Beethoven Sonatas with Frank Braley; Schubert’s String Quintet with the Ébène Quartet; Intuition with Orchestre de Chambre de Paris/ (Douglas Boyd and Jérôme Ducros); an album of Schumann works, recorded live with Martha Argerich, Renaud Capuçon and Chamber Orchestra of Europe/ (Bernard Haitink); Beethoven Piano Trios with Renaud Capuçon and Frank Braley; Chopin and Franck sonatas with Yuja Wang; and a solo album featuring Bach, Dutilleux and Kodaly as well as a “Best of” recording on occasion of his 40th birthday.

Capuçon has been featured on DVD in live performances with the Wiener Philharmoniker (Saint-Saens Cello Concerto No.1) Berliner Philharmoniker (Haydn Cello Concerto No.1) and with Lisa Batiashvili, Sächsische Staatskapelle Dresden and Christian Thielemann (Brahms’s Concerto for Violin and Cello). A household name in his native France, he also appears on screen and online in shows such as Prodiges, Now Hear This, and The Artist Academy, and is a guest presenter on Radio Classique in the show Les Carnets de Gautier Capuçon. 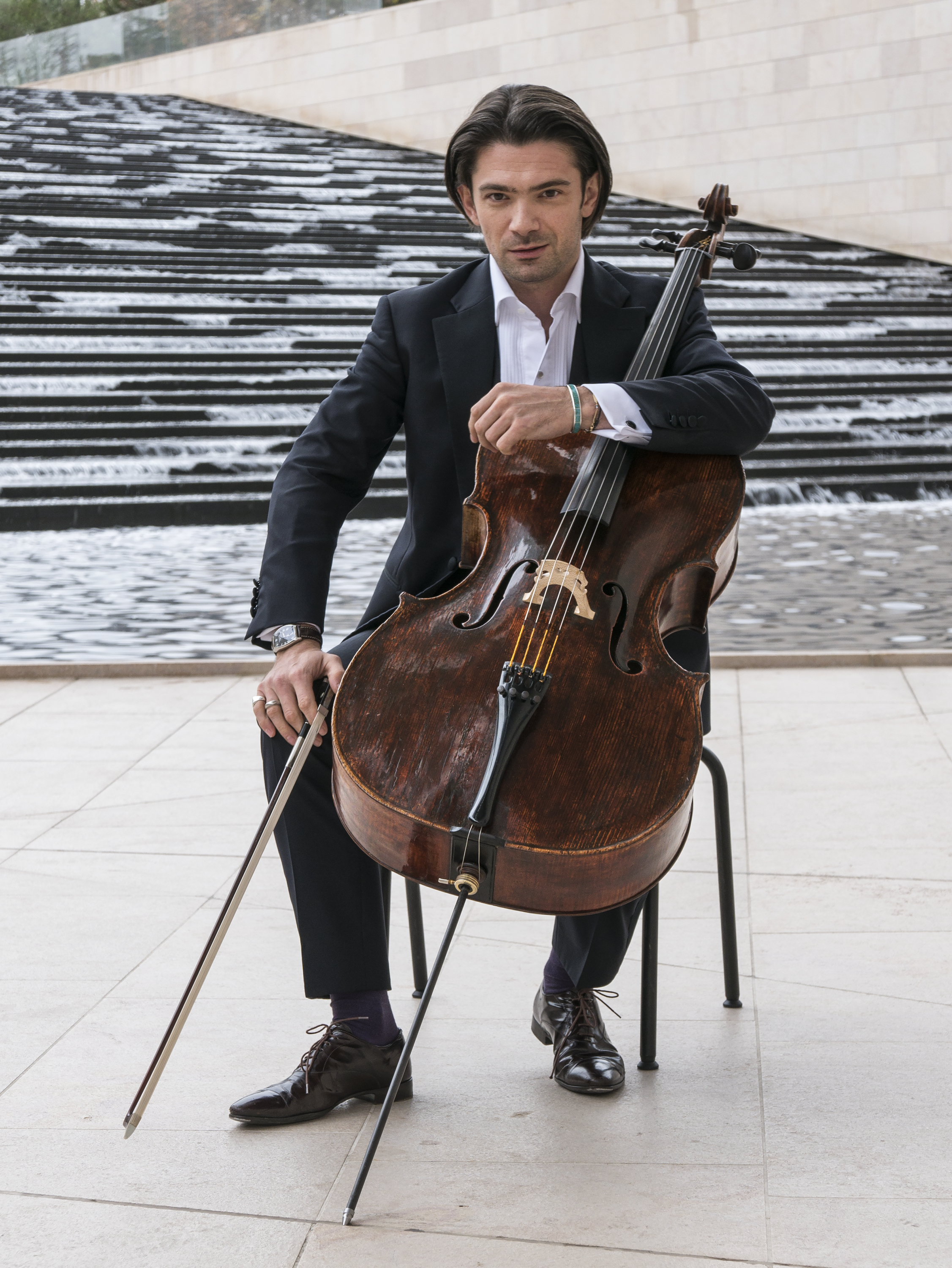 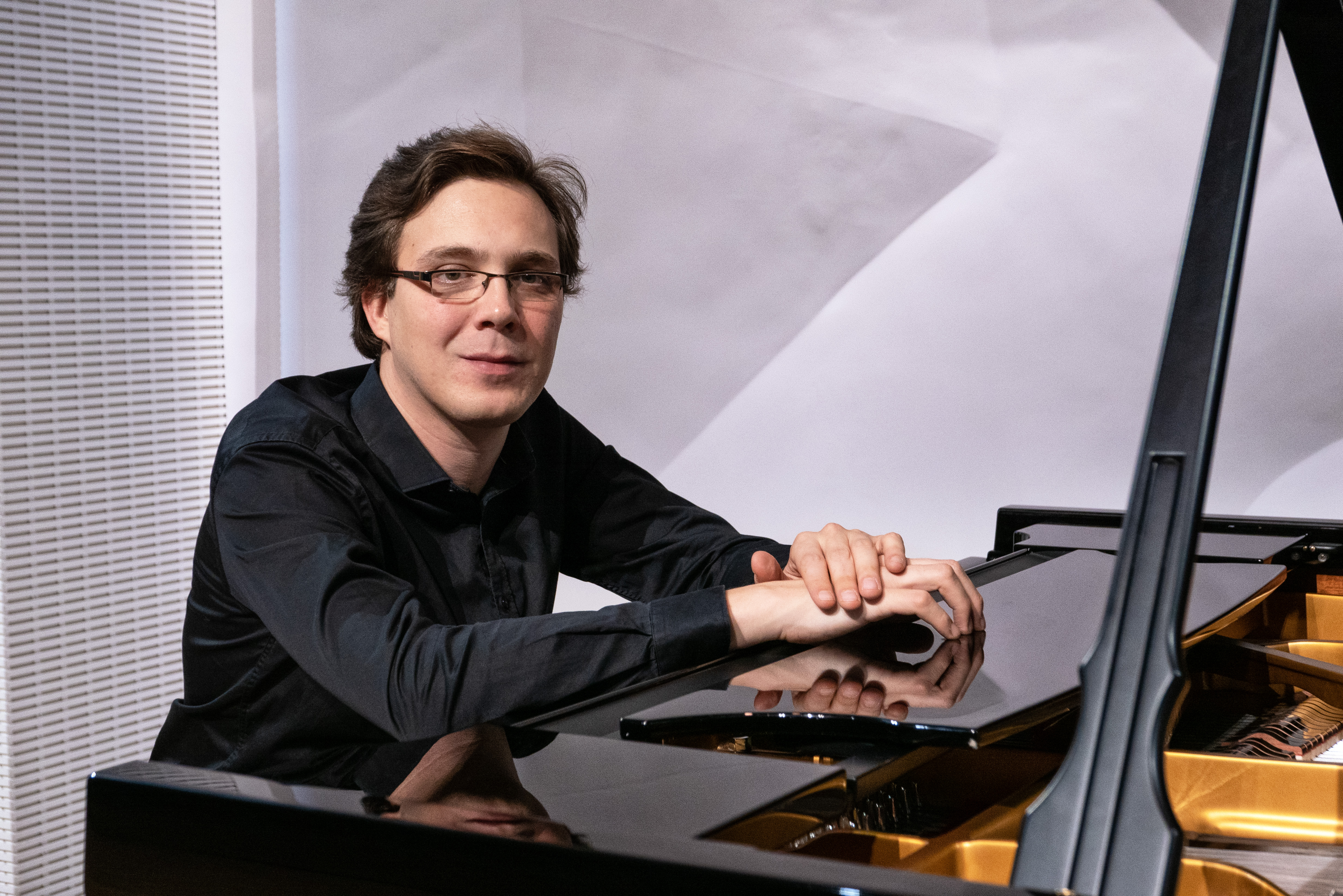 He then begins taking classes with Raphaël Perraud, principal cellist of the Orchestre National de France, before entering the CNSMDP (Conservatoire National de Musique et de Danse de Paris) at fourteen years old in Jérôme Pernoo’s and Cyrille Lacroutz’ class. Two years later, he wins the second prize of the International Louis Rosoor Competition in Bordeaux. He attends as well the classes of Claire Désert and Itamar Golan. He receives a sponsorship (from Patrick Petit) allowing him to play on a cello specifically made for him by the stringed instrument maker Franck Ravatin in 2016.

In addition, Léo benefits from the precious advice of many prestigious cellists such as David Geringas, Gary Hoffman, Philippe Muller and Xavier Phillips. 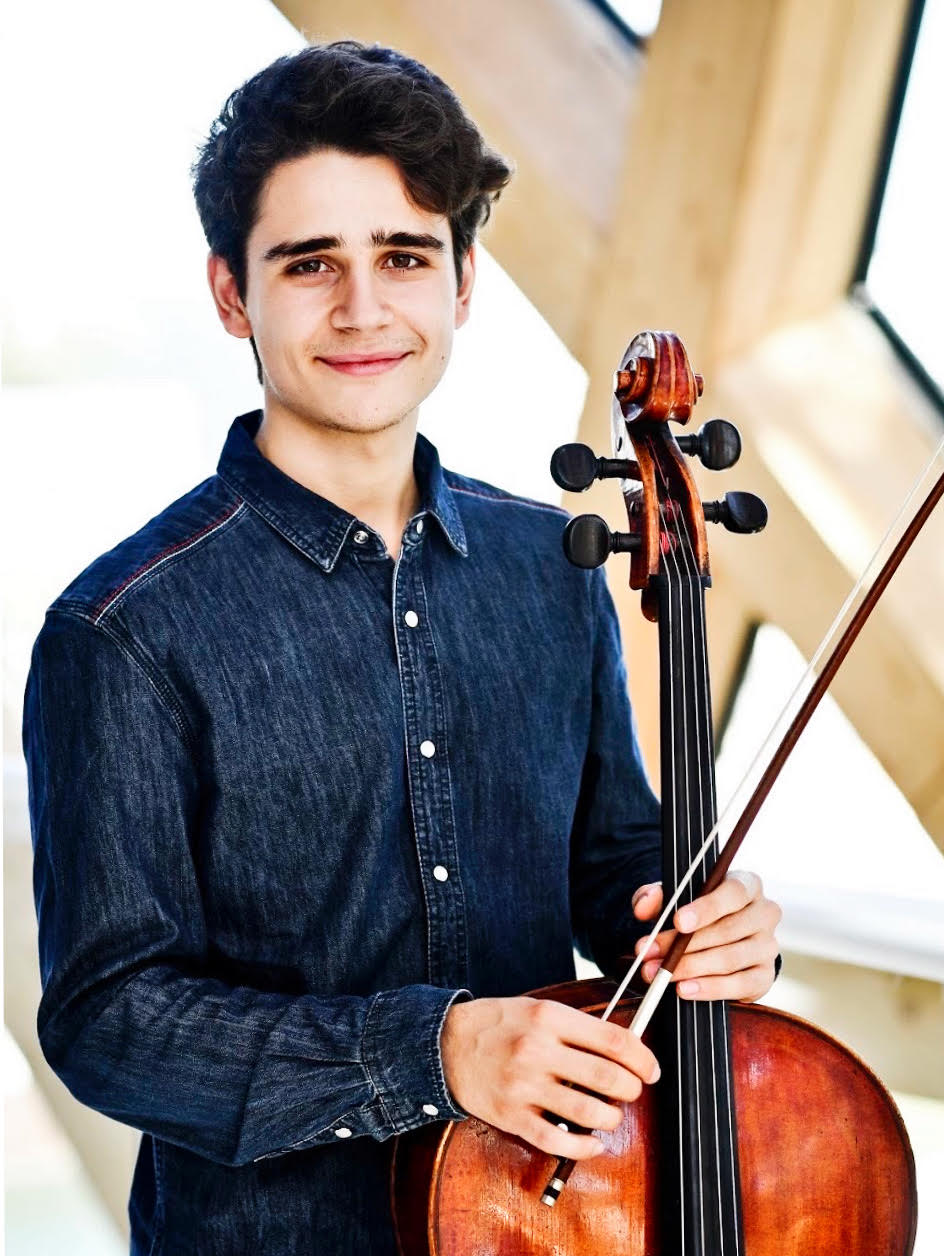 Born in 2002 in South Korea, Jeein You began playing cello at the age of five. Between 2009- 2016 she studied with Myung-wha Chung at Korea National University of Arts Preschool and the Korea Institute for Gifted in Arts, at the age of 13, gained a place at the Conservatoire National Supérieur de Musique de Paris in the class of Michel Strauss, obtaining her Bachelors and Masters degree. She has engaged in masterclasses with renowned cellists such as Arto Noras, Frans Helmerson, Philippe Muller, Tsuyoshi Tsutsumi, Gautier Capuçon, Song-young Hun, Clara Minhye Kim and many others.

Jeein was selected as a laureate for Gautier Capuçon’s Classe d'Excellence de Violoncelle at the Louis Vuitton Foundation during seasons 2019-2022, and in the 2022-23 season will also partake in the recently launched Fondation Gautier Capuçon.

This season, Jeein will perform in recital at the Seoul Arts Center in IBK Hall, as well as on tour throughout Europe (including Konzerthaus Vienna, Konzerthaus Dortmund, Fondation Louis Vuitton Paris, Salle Métropole Lausanne and Victoria Hall Geneva) with Gautier Capuçon and ensemble Capucelli. In 2021 the ensemble of seven cellists recorded works to be released on Gautier’s upcoming album ‘Sensations’. Later this season Jeein will also perform at Classeek’s concert hall in Switzerland, as part of their Ambassador Programme concert season for emerging young artists.

As well as gaining recognition on the concert stage throughout Europe, Jeein is also expanding her profile in Korea. Following her recital performance at the PyeongChang Music Festival in December 2021, Jeein was reinvited to perform at the closing concert of the festival in July 2022, this time with a chamber septet alongside artists such as Svetlin Roussev, Arah Shin, Alexandre Baty and Ralph Szigeti. 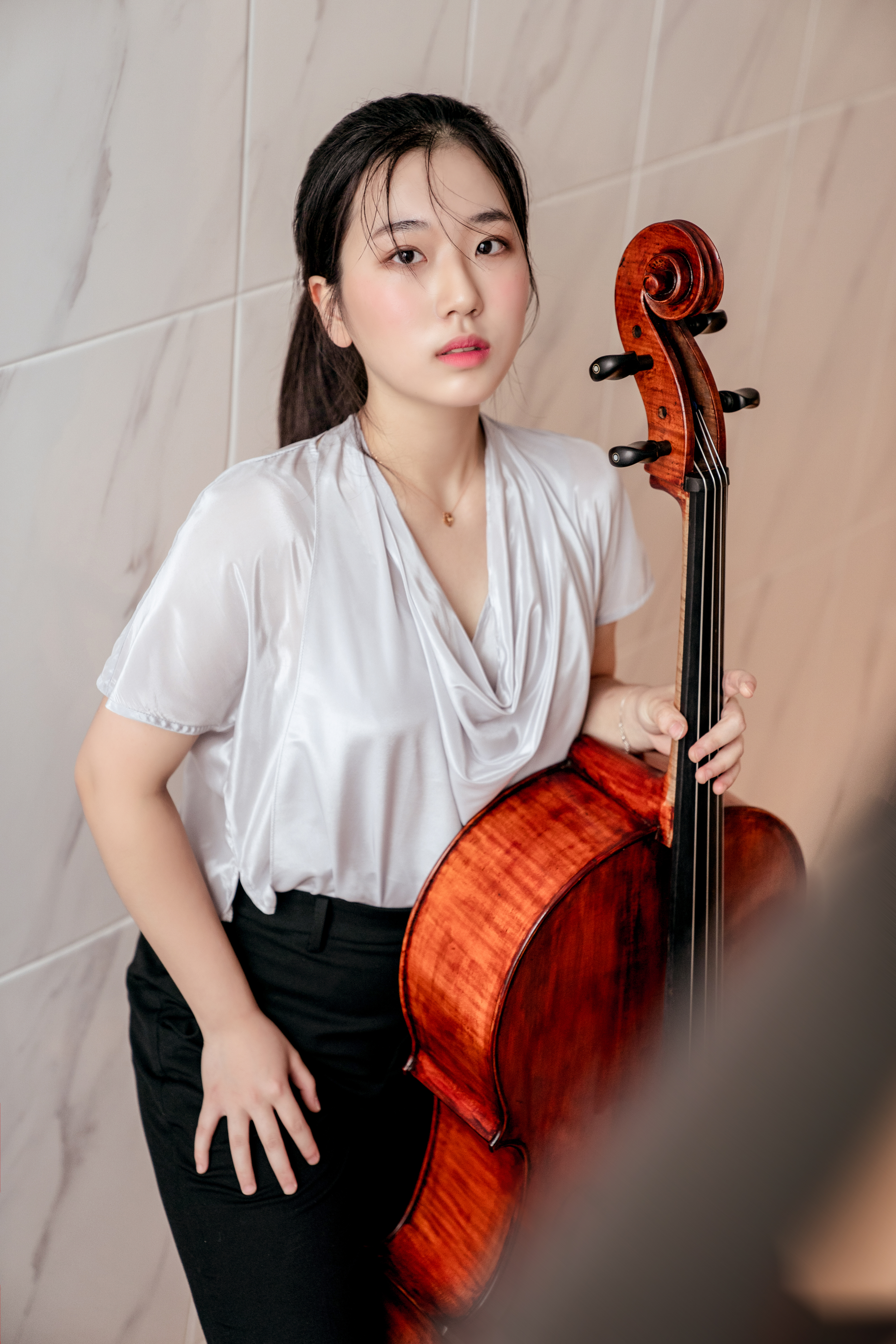 Jan Sekaci was born on in February 2001. He started to play the cello at the age of 10 in his hometown Oradea at the High School of Arts Oradea. Since 2015, he studies with Octavian Lup at the National College of Arts "Dinu Upatti". He won many prizes at national and international competitions, among which the 3rd prize at the Antonio Janigro Cello Competition in Porec, Croatia.

In 2018, Jan was selected as an active participant at the Kronberg Academy Masterclasses, studying with Wolfgang Emanuel Schmidt. 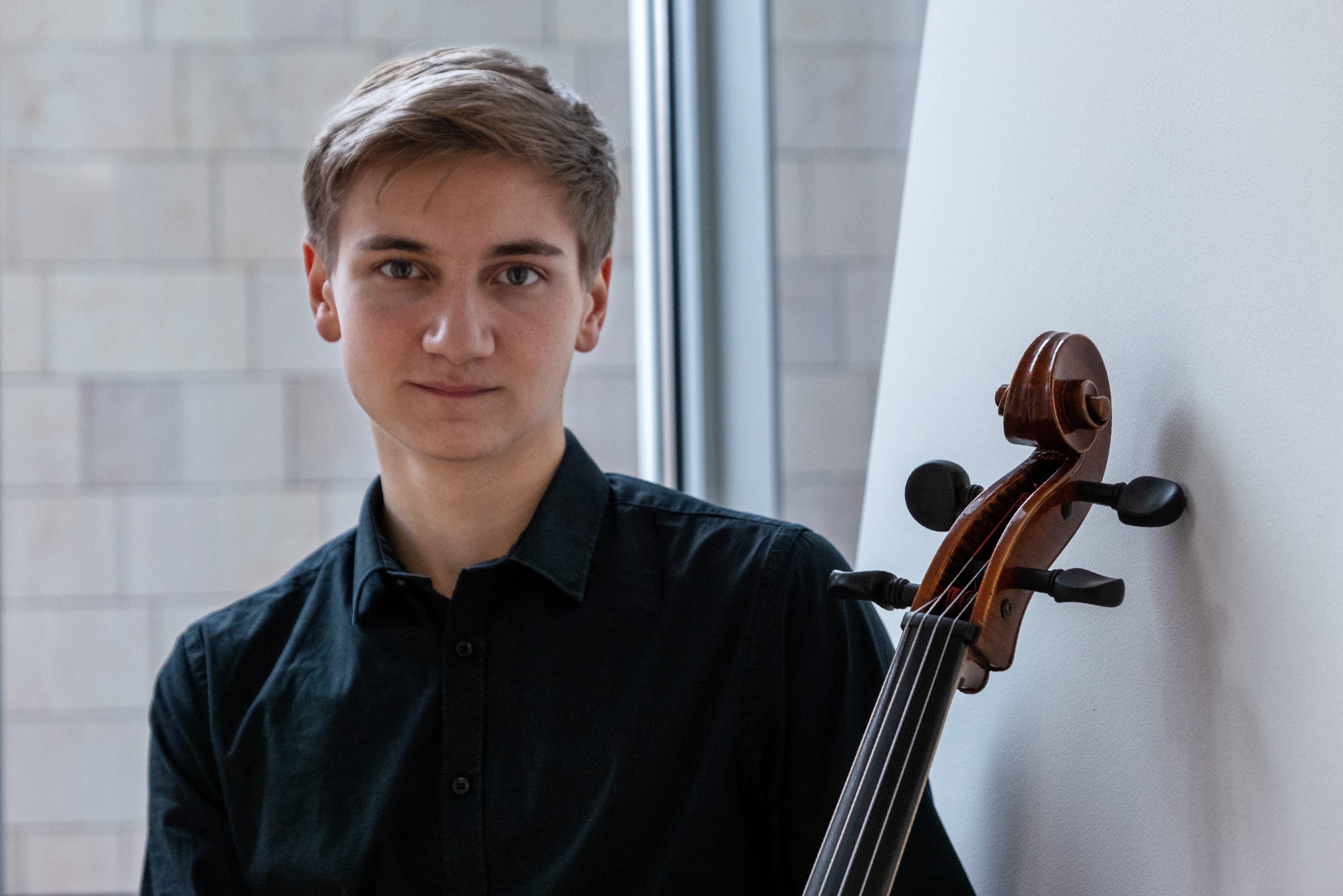 Amy Goto, born in 2004 in South Carolina (USA), is a Japanese-American cellist. She began playing the cello at the age of 3 and has studied with Philippe Muller of the Manhattan School of Music since the age of 12.

She made her debut as soloist with orchestra at age 9 with the Charleston Symphony Orchestra and subsequently performed at the opening ceremony for Spoleto Festival USA/Piccolo Spoleto Festival (South Carolina). In 2015, she received the “Hope” Award at the IX International Tchaikovsky Competition for Young Musicians (Novosibirsk, Russia). At Musica Mundi (Genval, Belgium) in 2016, she performed in the gala concert as a soloist with the festival orchestra. She was a featured performer on NPR’s From the Top (Show 362) in 2018. Most recently, she competed as the youngest contestant at the Mazzacurati Competition (Turin, Italy) in Fall 2019.

She has previously studied with Natalia Khoma (2011-2016) and Vladimir Perlin (2016-2017). During the summers, she has studied at Musica Mundi in 2016, Music@Menlo (California) in 2017, and Domaine Forget (Charlevoix, Québec) in 2018 and 2019. She has taken master classes/private lessons with eminent musicians including Eugene Drucker, David Finckel, Ivry Gitlis, Clive Greensmith, Frans Helmerson, Laurence Lesser, Johannes Moser, Kenji Nakagi, Menahem Pressler, Kirill Rodin, Denis Shapovalov, Julian Steckel, and István Várdai. Amy has been a recipient of a scholarship from the JOY! Conservatory at the University of Connecticut since Fall 2017. 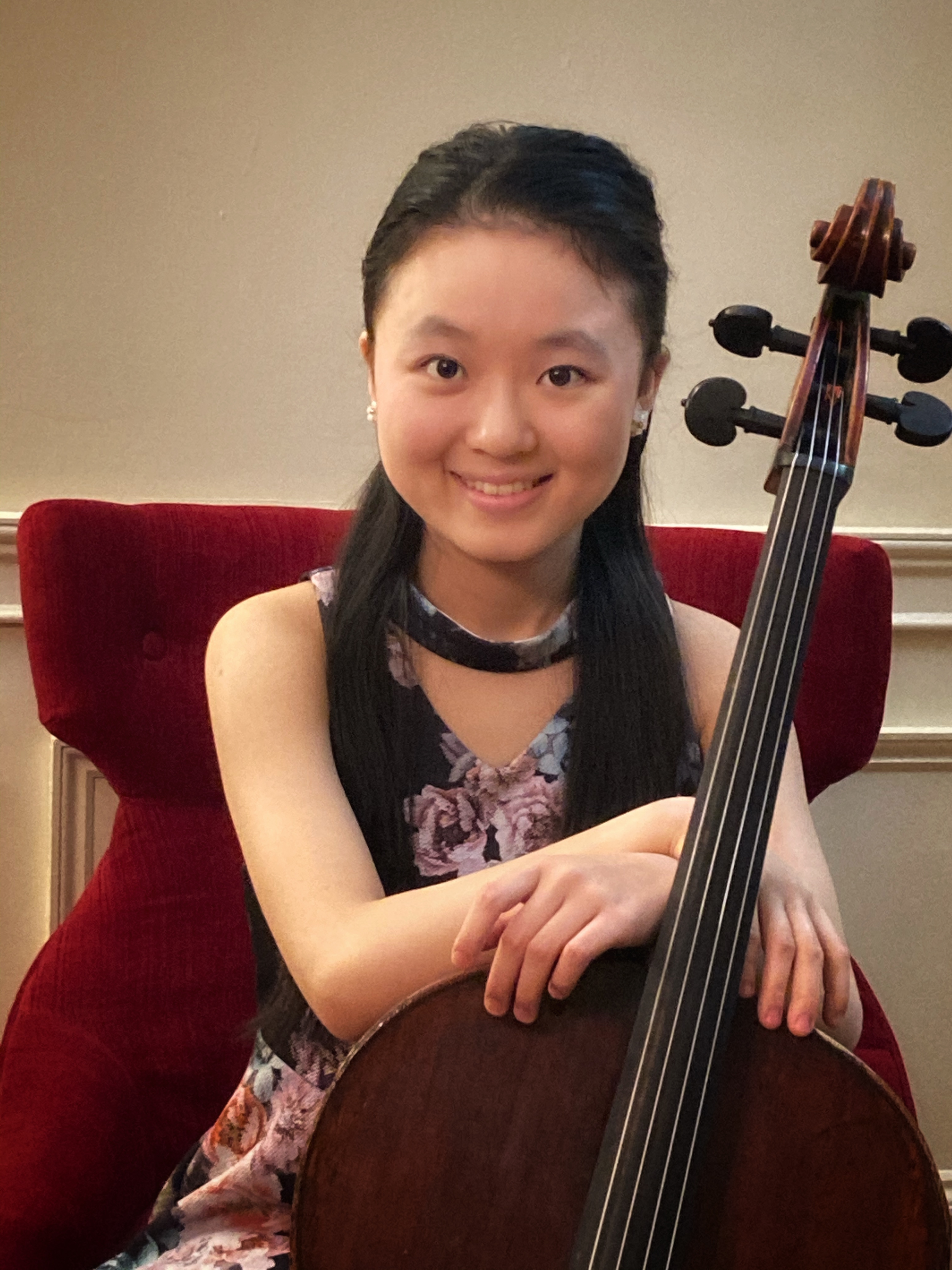 Hyazintha Andrej is a 25 years old cellist from Graz, Austria. She studied in Zurich with Thomas Grossenbacher at the Zürcher Hochschule der Künste and is currently finishing her master studies with Clemens Hagen at the Mozarteum Salzburg. She has won several prizes at national and international competitions and is supported by the Swiss foundations Jmanuel und Evamaria Schenk Stiftung, Meister Marguerite and Migros Kulturprozent.

In 2018, Hyazintha won the internship at the Tonhalle Orchestra Zurich. In 2019, she was invited to the Verbier Festival to participate in the soloist/chamber music internship as well as attending the Lucerne Festival Academy. She recently recorded a disk of works by French composers with Marta Patrocínio (pianist).

Besides the romantic repertoire, Hyazintha is active in discovering contemporary music and contributes to collaborations with several young composers. 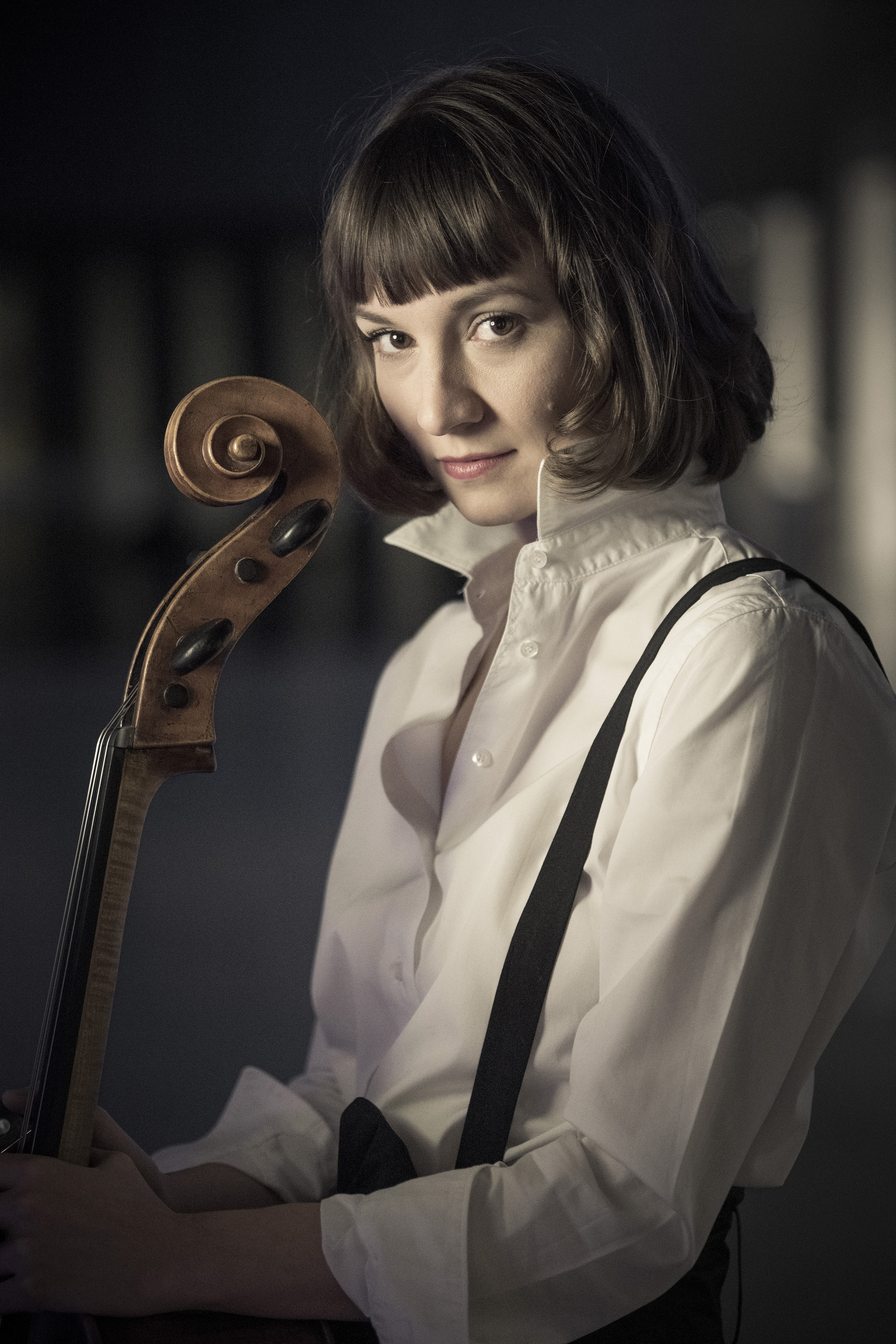 Born in a family of musicians, Lisa Strauss began learning the piano at the age of 5. She then started studying cello, which became her main instrument. She obtained her Diploma of Musical Studies at the CRR in Paris, then unanimously entered the Paris CNSM at the age of 16, in the class of Michel Strauss. Lisa obtained her Master's degree five years later with the highest distinction.

It was during her studies that she met Théo Ould, accordionist, with whom she founded Les Philia. The ensemble was later joined by violinist François Pineau-Benois and became the Trio Philia.

In 2017, she joined the Philippe Jaroussky Music Academy.

In October 2019, along with the Trio Phillia, she won the Honorary Prize as well as the Audience Prize in the International Léopold Bellan Competition.

Lisa has been a laureate of the Banque Populaire foundation since June 2020.

A laureate of the Villa Musica Foundation as well, she explores the great repertoire of chamber music alongside eminent artists.

In October 2021, she will record her first album "Madness" with her Trio Philia. 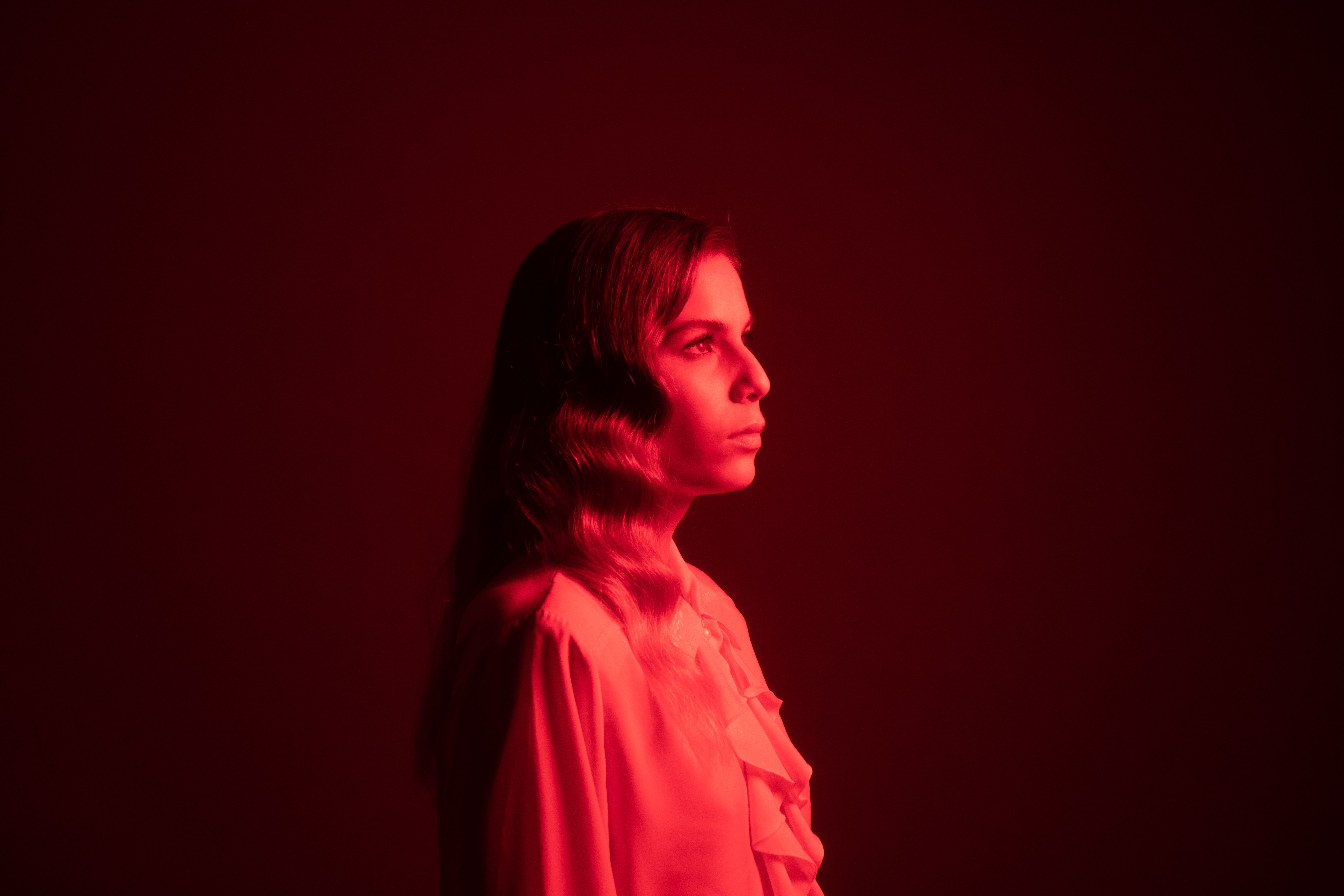 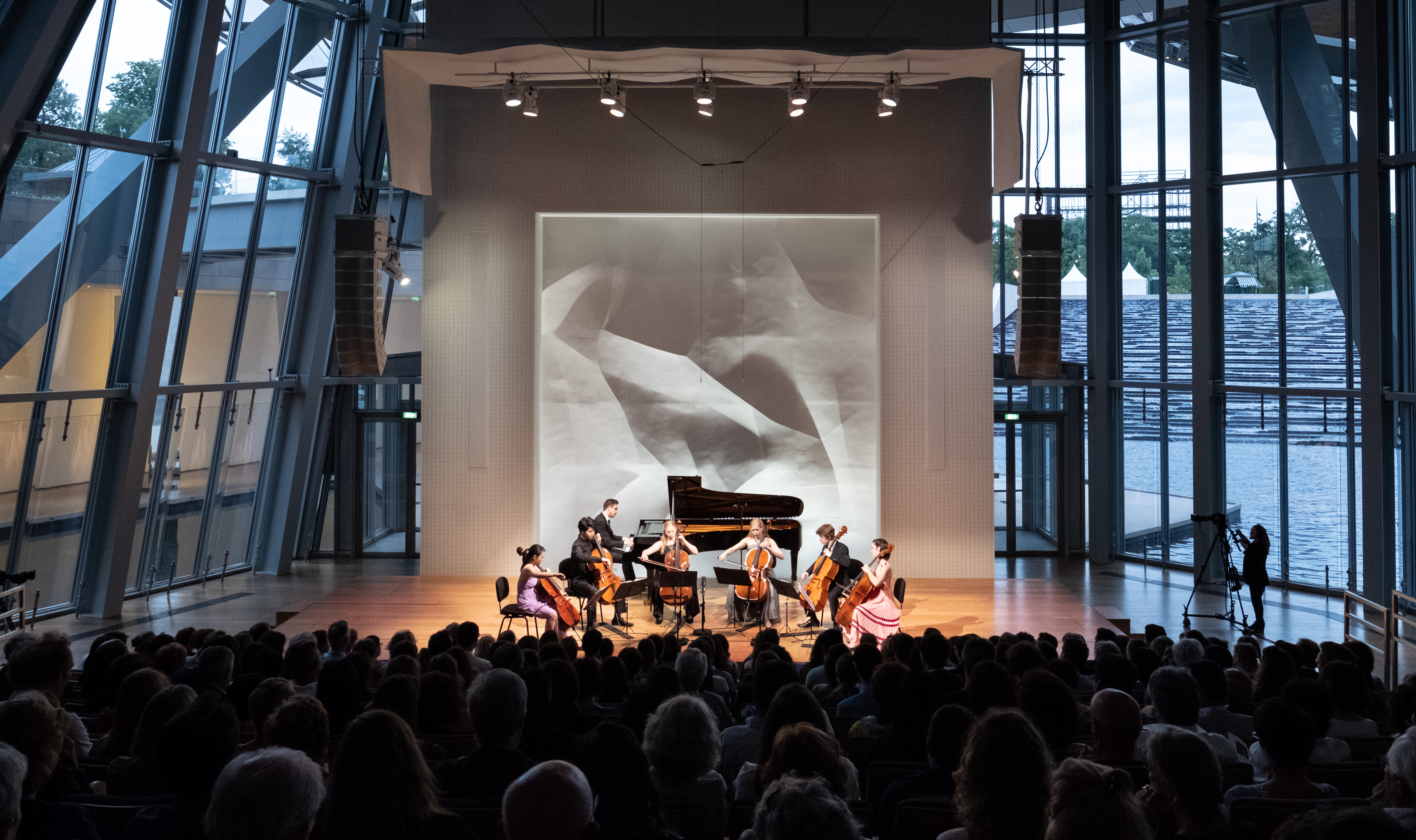 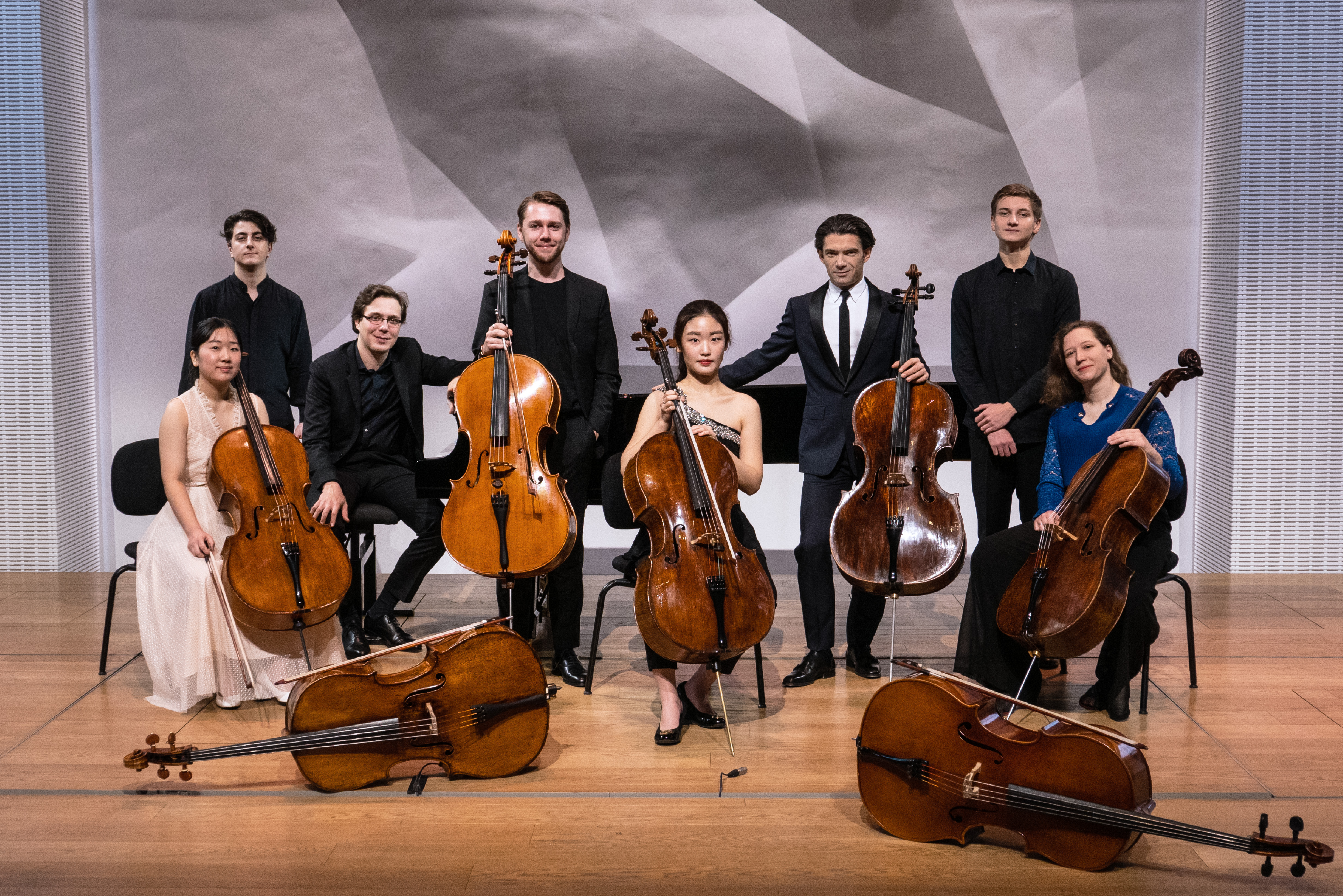 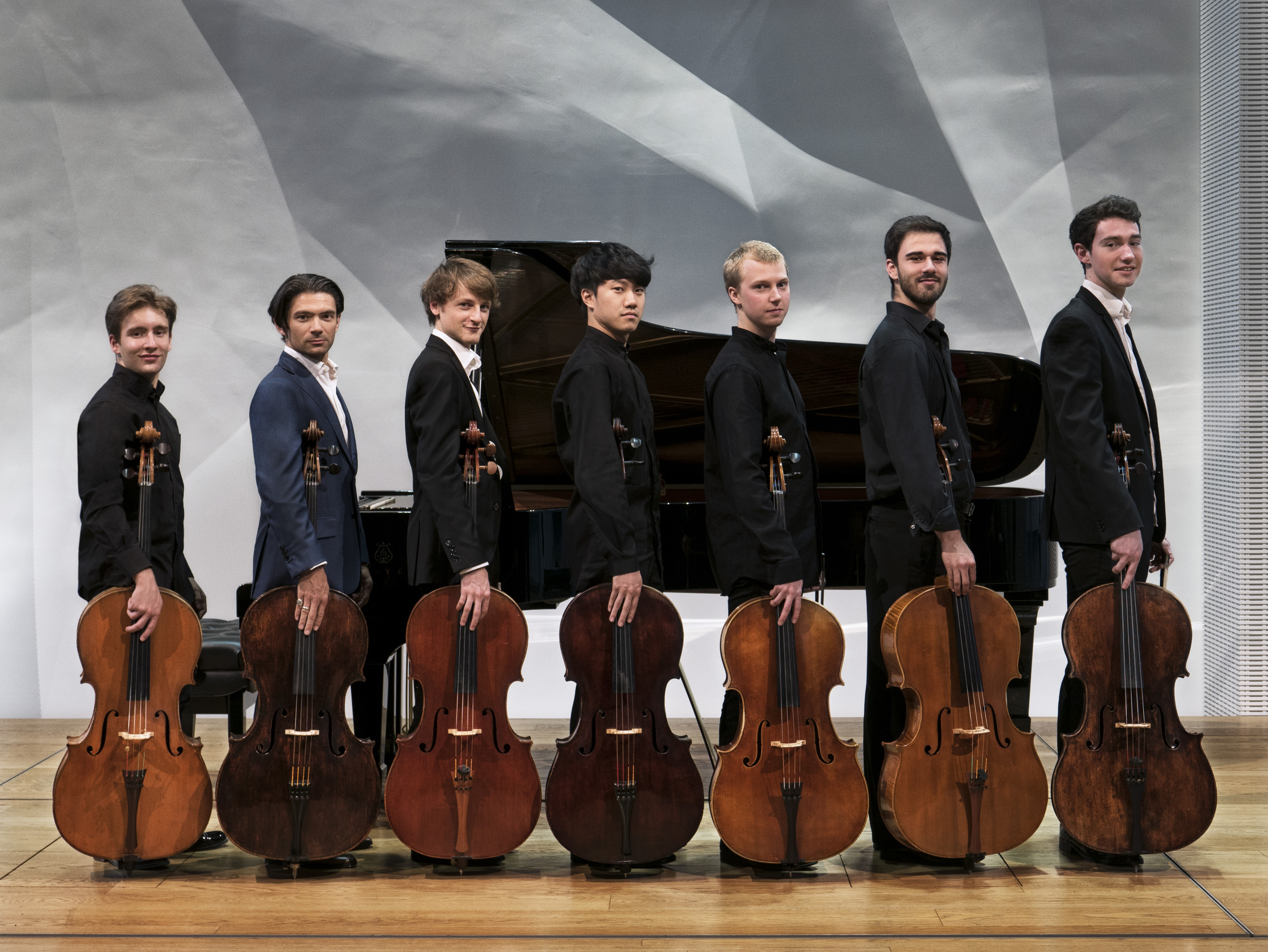 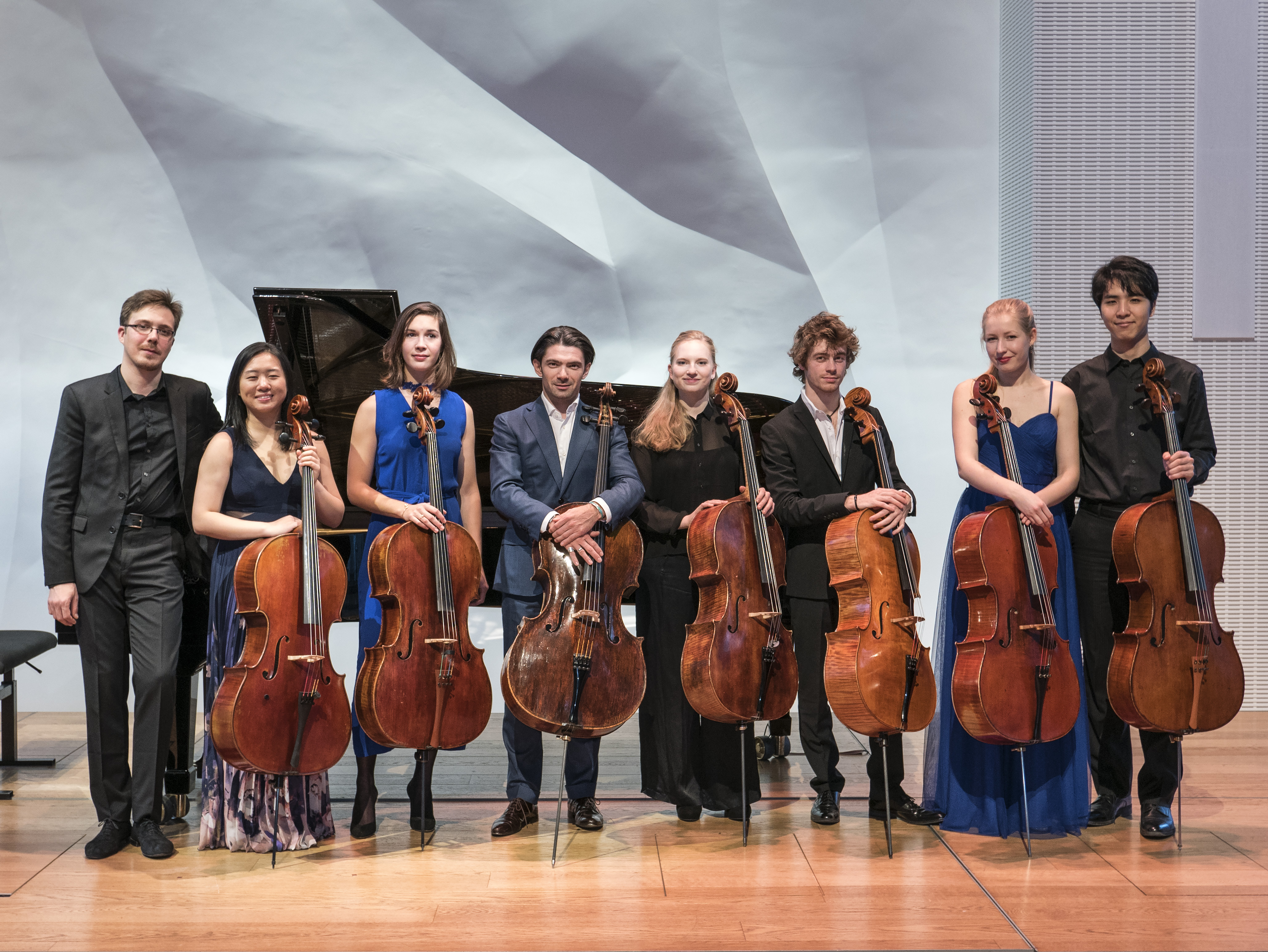 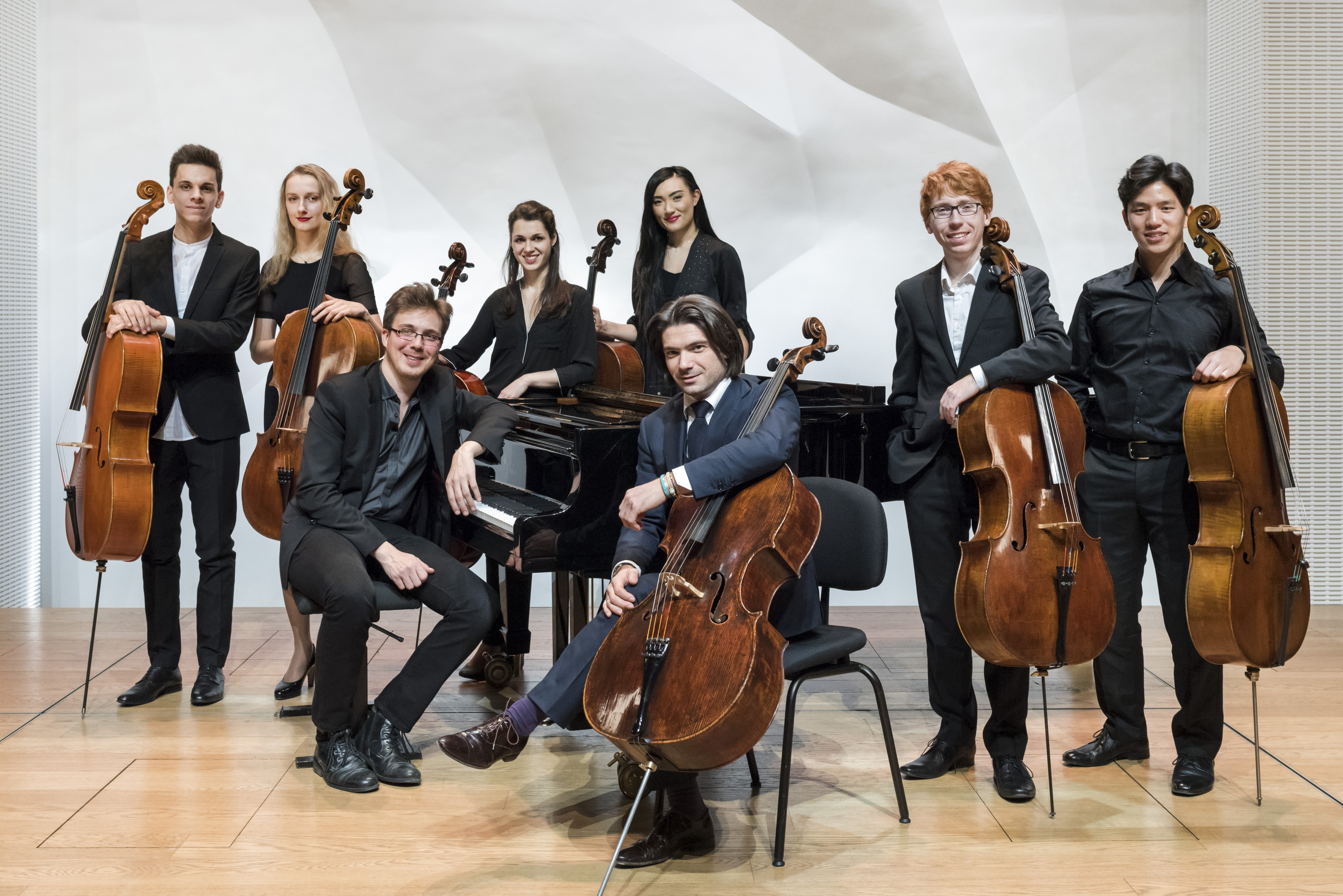