Two complicit musicians are back at the Fondation Louis Vuitton: Boris Berezovsky and Henri Demarquette have been collaborating musically for many years, and their artistic relationship has evolved into a lasting and sincere friendship. This concert also celebrates another friendship: that which unites two great nations, France and Russia.

The concert is a counterpoint to the The Morozov Collection. Icons of Modern Art exhibition, organised by the Fondation Louis Vuitton. Their performance is devoted to the works of Sergei Rachmaninoff, the well-known Russian pianist and composer whose works resonated around the Morozov family’s music room. The paintings of old masters patiently brought together by the two brother collectors are echoed musically through the shimmering fresco of his Études Tableaux and the passionate and sorrowful splendour of his Cello Sonata.

Here, surely, we have the truest successor to the great Russian pianists.

Boris Berezovsky, renowned for his finesse and unique sensibility, is without a doubt one of the greatest musicians of our day. He was born in Moscow and studied at the conservatory there with Elisso Virsaladze and received tutoring from Alexander Satz. He made his début in 1988 at London's Wigmore Hall.

The Times declared him "an artist of exceptional promise, a player of dazzling virtuosity and formidable power".Two years later he won a gold medal at the International Tchaikovsky Competition.

He is invited regularly to play in major international recital series. These have included the Berlin Philharmonic Piano Series, the Concertgebouw International Piano Series and major concert halls such as the Théâtre des Champs-Elysées and Salle Pleyel in Paris, the Royal Festival Hall in London, the Palais des Beaux Arts in Brussels and the Vienna Konzerthaus. In January 2007, the Auditorium du Louvre in Paris granted him an extensive Carte Blanche.

He won Best Instrumentalist 2006 at the BBC Music Magazine Awards.

Boris Berezovsky has a particular interest in chamber music and regularly performs with Vadim Repin, Henri Demarquette and the Borodin Quartet. In August 2004, the Trio B. Berezovsky, D. Makhtin and A. Kniazev received a Diapason d’Or recommendation for their Tchaikovsky DVD, which featured pieces for piano, violin and cello, and the Elegiac Trio (In Memory of a Great Artist). It aired on French television on the Arte channel and on NHK in Japan. Berezovsky has recorded Shostakovich's Trio No. 2 and Rachmaninov's Elegiac Trio No. 2 for Warner Classics. He has received numerous awards, including the Choc de la Musique prize in France, the Gramophone award in the UK, and the Echo Klassik Preis in Germany.

Berezovsky has recorded several works by Chopin, Schumann, Rachmaninov, Moussorgsky, Balakirev, Medtner and Ravel, as well as Liszt's Transcendental Etudes, for Teldec. His performance of the Sonata No. 1 by Rachmaninov received a Preis der Deutschen Schallplattenkritik award, and his Ravel recital received special recommendations from Le Monde de la Musique, Diapason, the BBC Music Magazine and The Independent on Sunday.

He has also recorded the Preludes and the entire Rachmaninov Concertos with the Ural Philharmonic Orchestra, conducted by Dmitri Liss for Mirare, as well as a universally acclaimed CD of Rachmaninov for two pianos with Brigitte Engerer. He recorded a CD of public performances of Liszt at the Royal Festival Hall in London and at La Grange de Meslay in Tours, France. He contributed to the Saint-Saëns album with Henri Demarquette, Brigitte Engerer and the Orchestre de Chambre de Paris, conducted by Joseph Swensen (winner of the Choc de l’Année 2010 award).

Boris Berezovsky's upcoming performances include concerts with: Qatar Philharmonic Orchestra in Rome and Doha, Orchestre Symphonique de Montréal/Kent Nagano in Montreal and Kyoto, St Petersburg Philharmonic Orchestra/Yuri Temirkanov in Paris, Philharmoniker Hamburg/Pinchas Steinberg, Finnish Radio Symphony Orchestra/Hannu Lintu, Orchestre de Paris/Alexander Vedernikov. The artist will also appear in a chamber music performance with Vadim Repin for a tour of France, with the Borodin Quartet in Istanbul, and will give recitals in the most prestigious concert halls.
Boris Berezovsky took over from his friend Brigitte Engerer as Artistic Director for the Beauvais Festival Pianoscope. 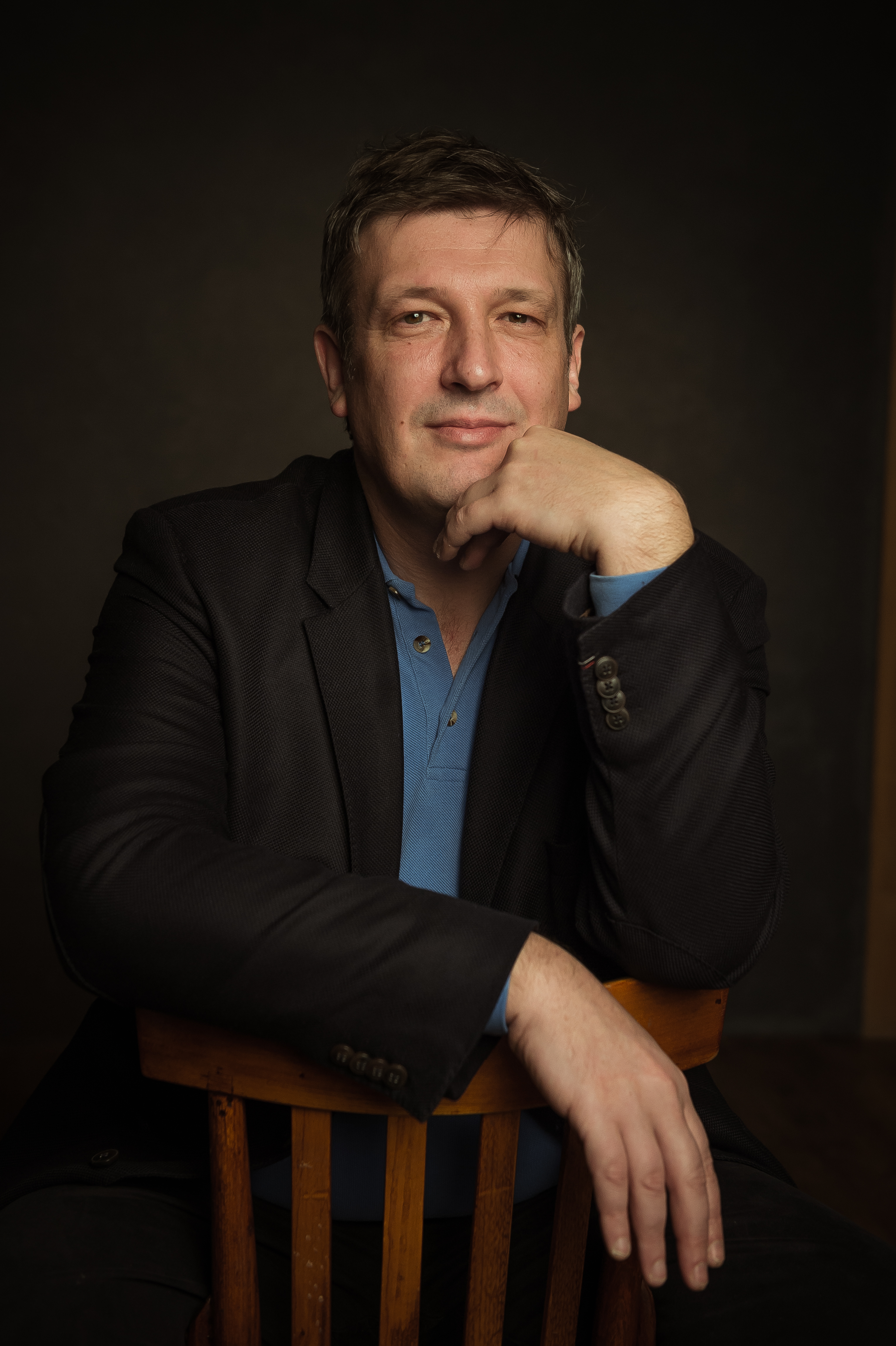 Henri Demarquette was born in 1970 and joined the Conservatoire National Supérieur de Musique de Paris aged 13, where he studied with Philippe Muller and Maurice Gendron. He was unanimously awarded a Premier Prix and worked with Pierre Fournier and Paul Tortelier, and later Janos Starker in Bloomington, USA.

At the age of 14, Demarquette was already no stranger to the stage, and at 17 he made his début with a recital at the Théâtre du Châtelet in Paris and a programme for the television channel France 3 with the pianist Hélène Grimaud. He immediately caught the attention of Lord Yehudi Menuhin, who invited Demarquette to play Dvořák's Concerto in Prague and Paris, with Lord Menuhin conducting.

Since then, his career has taken off internationally, taking him to numerous capital cities accompanied by the biggest French or international orchestras, such as the Royal Philharmonic Orchestra, the Orchestre National de France, the London Philharmonic, the Orchestre de Chambre de Paris, the Tokyo Symphony, the Orchestre National de Bordeaux-Aquitaine, the Ural Philharmonic Orchestra, the Sinfonia Varsovia, the Hanover NDR, and accompanied by his special pianist partners Boris Berezovsky, Michel Dalberto, Jean-Bernard Pommier and Franck Braley. Henri Demarquette also plays an eclectic programme, from Bach to Galliano, in a duo with the accordionist Richard Galliano.

Henri Demarquette is also working on other original projects:

- "Vocello": a programme for cello and a cappella choir looking at pieces from the Renaissance and contemporary music. A number of new works are under preparation for this training programme.

- "Arborescence", or a thousand years of music, from Gregorian chant to modern-day music, performed on violin, cello, piano and bandoneon.

- "Together, A Tango Dream", a fruitful collaboration between Henri Demarquette and the group El Despues. The history of Tango from its origins to a composition by Gustavo Beytelmann.

His performance of the Tout Un Monde Lointain (A Whole Distant World) concerto by Henri Dutilleux gave rise to a documentary that aired on the French Mezzo channel. Over the coming seasons, Henri Demarquette will play works for cello and choir by Eric Tanguy and Philippe Hersant, as well as concertos by Michel Legrand and Richard Galliano, for the first time.

Since 2012, he has been invited by Michel Onfray to participate in the Université Populaire de Caen conferences. Along with the essayist, poet and musician Jean-Yves Clément, he gives talks on various aspects of music. This open-mindedness is reflected in his eclectic discography, which has received numerous accolades in France and elsewhere.

Henri Demarquette is a passionate musician with a multifaceted personality. He plays cello as if setting fire to a dense forest; you cannot help but be moved by every stroke of his bow, as he awakens music's subconscious. 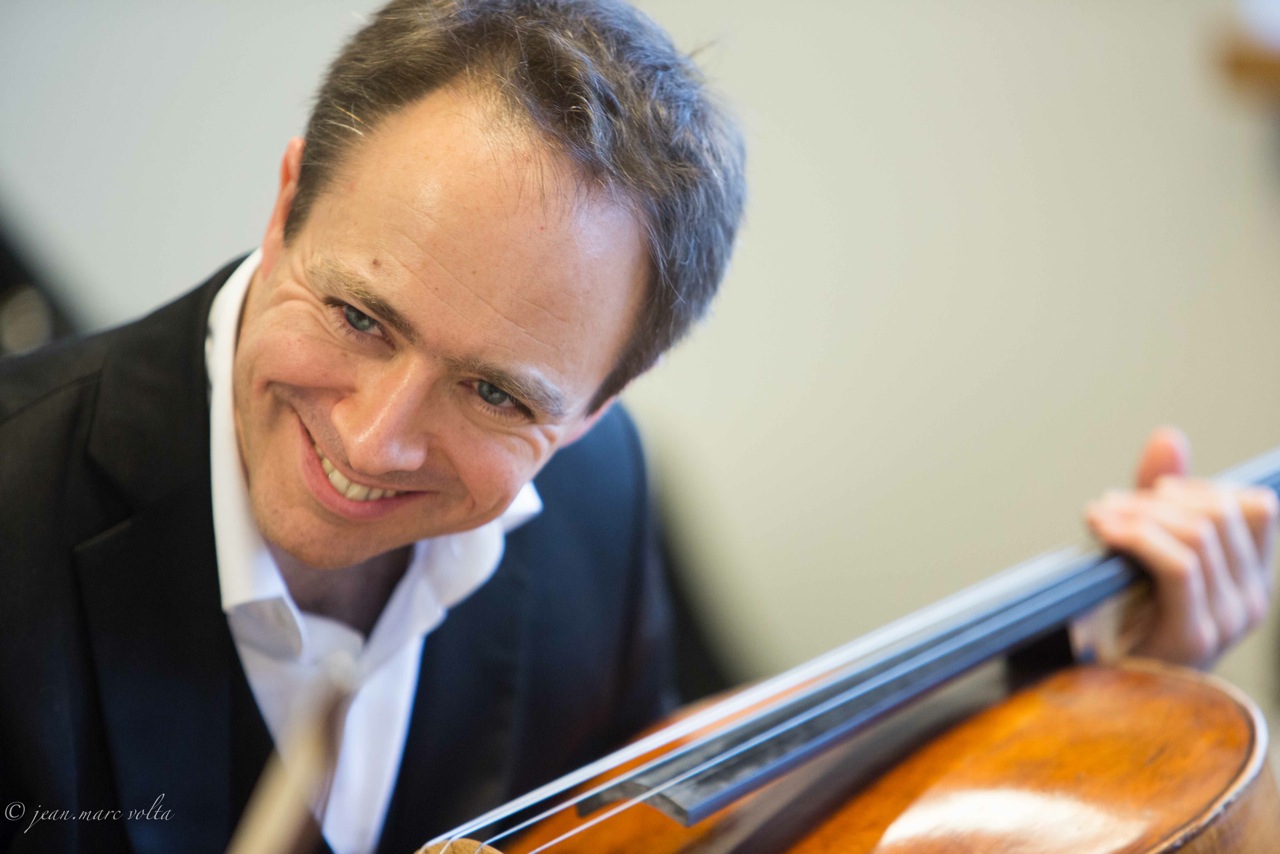