Against a dark, tormented background covered with areas of black and words applied with an aerosol - the result of a collaboration with Japanese graffiti artist Madsaki – the figure of DOB bursts forth from a dripping, colourful wave. The composition, like the inscription 727, a Japanese cosmetics brand, refers to a similar work made in 1996, of which this is the more obscure counterpart.

A leading figure in the Japanese art world, Takashi Murakami has become internationally known for his unique, uncategorisable work. He has invented a new language, characterised for more than three decades by a bold mixture of genres, influences, eras and materials.

After studying traditional painting at Tokyo University of the Arts, Murakami looked for a new form of personal expression in reaction to the context of the time, which he felt was lacking a national contemporary scene and was dominated by American culture. Driven by an unbridled imagination, Murakami creates strange and singular, dark and wonderful worlds populated by fantastical figures, fairy-tale animals, fabulous creatures, malicious monsters and abundant flora. Drawing on the political, cultural, religious and social history of Japan, Murakami borrows from the Kawaii aesthetic, anime and manga, as well as the old masters of painting and Buddhist iconography. From the atomic bomb to the tsunami and earthquakes, references to the more or less recent traumatisms that have affected his country are omnipresent in his work. Composed of a variety of forms and materials (painting, sculpture, installation, animated film, alongside pieces created by his company Kaikai Kiki), his prolific output is marked by a singular style that masterfully combines traditional pictorial techniques with the very latest technologies. 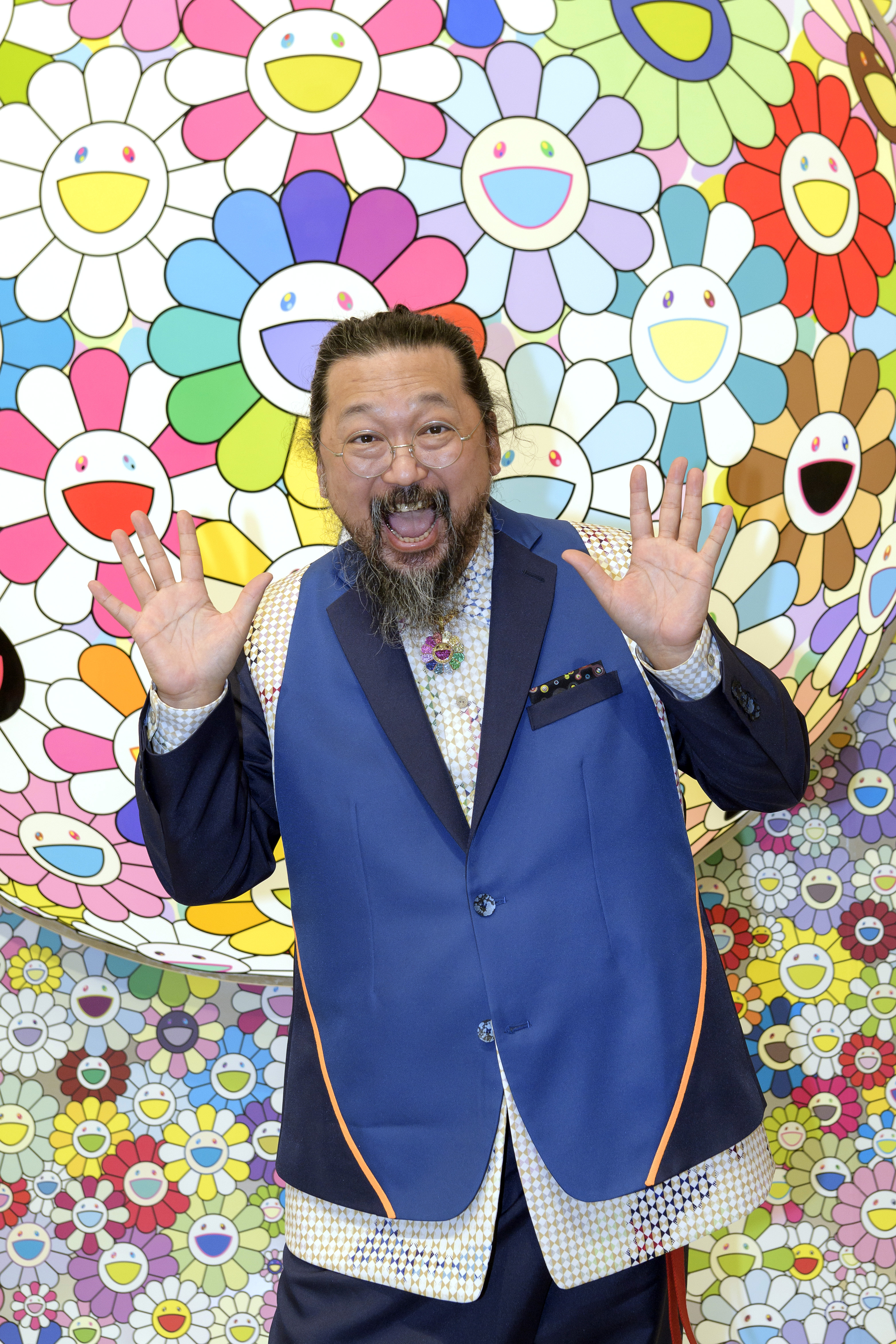