Bradford is politically and socially engaged, though Reports of the Rain is in a more lyrical vein. The regular series of mainly vertical lines saturates the canvas, like slashes, along with scratches, scars and bits of adhesive tape. Composed of multiple layers of material set beneath a thick layer of synthetic resin, in a constant interplay between construction and deconstruction, collage and removal, the artist renders parts visible as he erases others. Reports of the Rain is a sensitive space, potentially evoking a landscape in the rain.

Mark Bradford is an abstract painter whose favourite material is paper. He uses offcuts of advertising posters that he finds near his Los Angeles studio, and gives them a new life.

Bradford began studying at the California Institute of the Arts in 1991, graduating with a BFA (Bachelor of Arts) in 1995 and an MFA (Master of Arts) in 1997. His work takes the form of collage, video, print, installation and performance. In the late 1990s, Bradford began working as a hairdresser in his mother’s salon in South Central Los Angeles. There, he noticed the slender translucent strips of perm end-papers used by the hairdressers, and started using them in his compositions in the studio. He has continued to adhere to this principle of reusing “non-artistic” materials from everyday life. Describing his practice as “social abstraction”, Bradford draws inspiration from the world around his studio. His work addresses issues around culture, popular culture and social concerns. Using paint, collage, “found paper” (pieces of poster, carbon paper, perm end-papers used by hairdressers and so on) he has developed a characteristic technique of layering paper, then unifying the surface with varnish, lacquer and paint. The surface is then torn, dug into, sanded and sometimes disrupted with different materials (string, wire, rope, etc.) to create dynamic, vibrant compositions that are set beneath thick layers of synthetic resin. The finished pieces are large, textured and dynamic, evoking something like an urban landscape, a grid, an aerial view, a spider's web, even a network of veins. Referencing different struggles, the AIDS epidemic, race riots and climate catastrophes such as Hurricane Katrina, Bradford's work is an engaged echo of his country’s history and traumas. Driven by his social conscience, in 2014 Bradford founded Art + Practice, an art and education foundation in South Los Angeles that supports young people living with foster families. In 2017 the artist represented the United States at the 57th Venice Biennale. 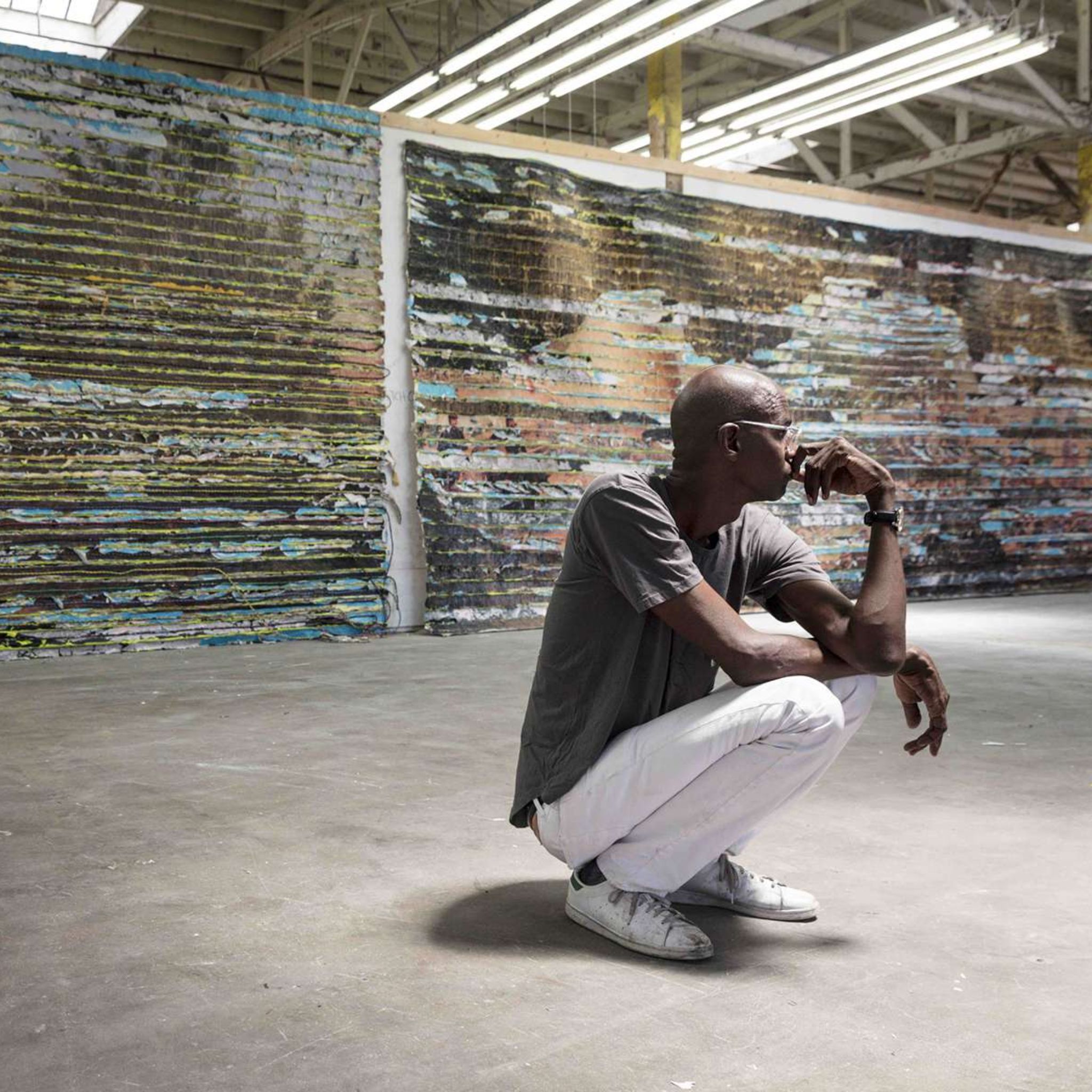 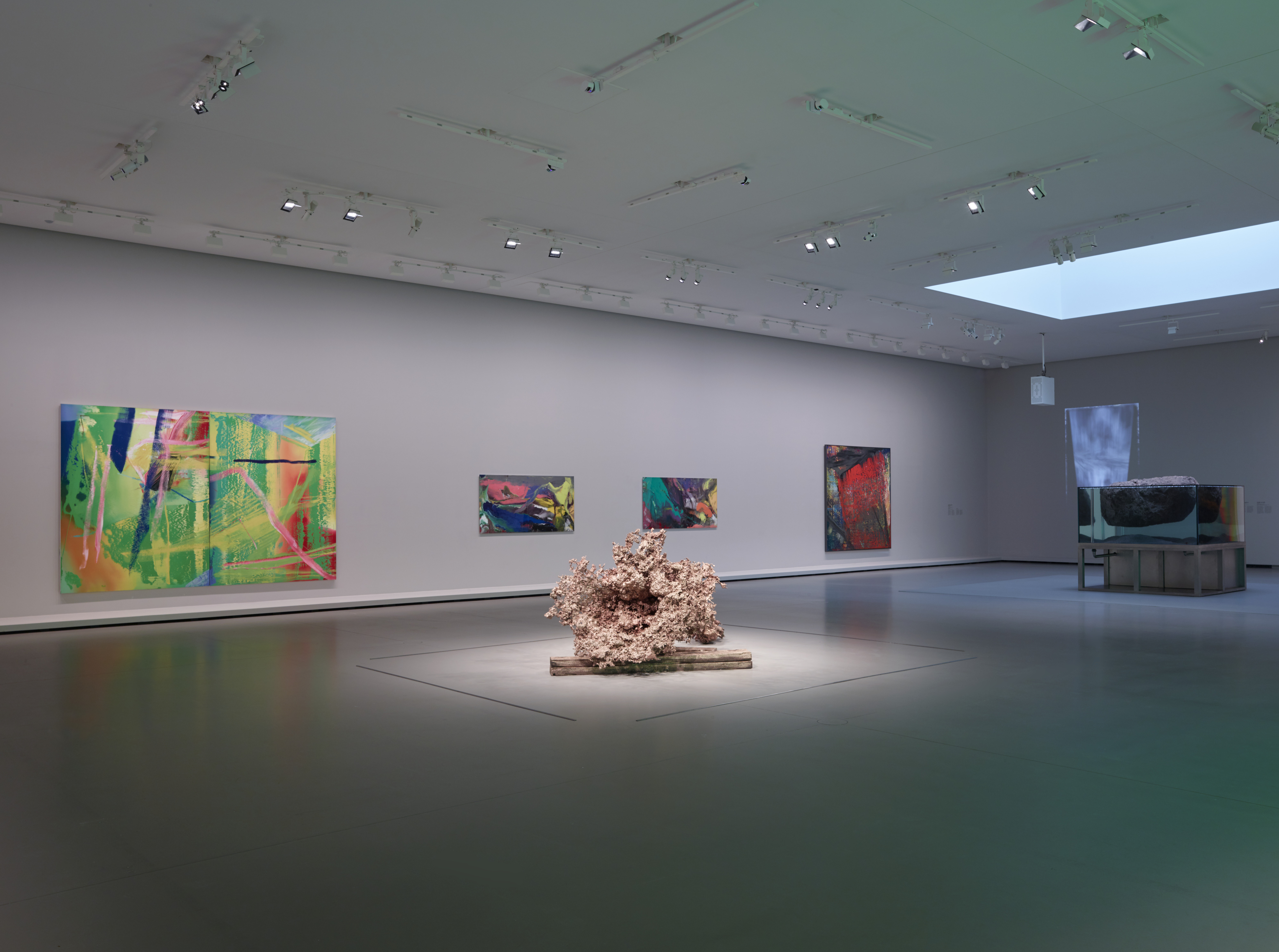